The Democratic Republic of Congo's Felix Tshisekedi has agreed to join with ex-President Joseph Kabila to form a coalition government. This comes after Tshisekedi was not able to gain enough support in Parliament. 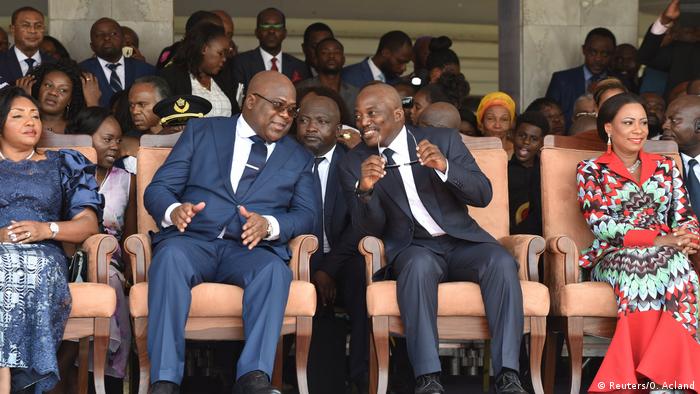 The long-awaited election was pushed back time and again as former President Joseph Kabila clung to power in the Democratic Republic of Congo. When the vote finally took place on December 30, it was chaotic, marred by violence, an Ebola outbreak and reports of rigging. And yet one of the two prominent opposition leaders, Felix Tshisekedi won despite rumors that he had struck a deal with Kabila. So, how did the former president, who wasn't even on the ballot, make his way back into government?

On March 6, Tshisekedi and Kabila issued a joint statement confirming "their common will to govern together as part of a coalition government." The statement went on to say that in order to reflect the will of the people, Tshisekedi's CACH would form a coalition with Kabila's FCC, which holds an absolute majority in Parliament. The FCC, a coalition of several political parties itself, holds 342 of the 485 seats in Parliament. CACH has 50 lawmakers.

In fact, Tshisekedi has not been able to push through his choice of prime minister, with Kabila's FCC blocking his proposals in Parliament. During a recent trip to Namibia, Tshisekedi had still declared that he would not be a president "who reigns but doesn't govern."

"Our country is governed by the rule of law and the constitution," current Prime Minister Bruno Tshibala, who served under the Kabila government, told DW. He is adamant that everything will run its course. 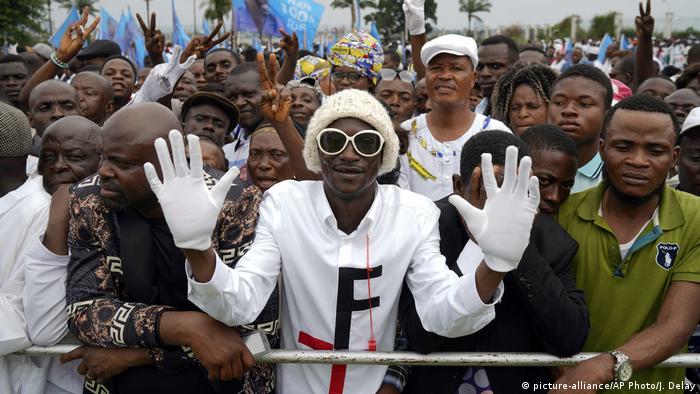 Despite opposition doubts, Tshisekedi's supporters are celebrating their new president

Leila Zerrougui, who heads the United Nations Organization Stabilization Mission in the Democratic Republic of Congo, said it was still too early to tell what the final makeup of the government would be. In a few months, she said, there will be more certainty. "There are 67 parties in the FCC coalition alone," she said. "There are so many parties, coalitions and so many elements that make up this political landscape."

Ben Shepherd, a political analyst and fellow with Chatham House's Africa program, agrees. "It's a logical first step inasmuch as Felix Tshisekedi needs to name a government," Shepherd told DW. "He needs to be able to name a prime minister and ministers in order to get things moving. Coming to some form of accommodation with the largest political grouping in the National Assembly was inevitable."

"We're very early into a unique situation for the DRC: having a rotation of power at the head-of-state level," Shepherd said. "There is a new president, whether democratically elected or not. Having Felix Tshisekedi in the presidency will inevitably change the way Congo is run. I think what we're seeing is the start of a very long process of working out who actually gets to make the decisions, who controls the agenda, who controls the finances." 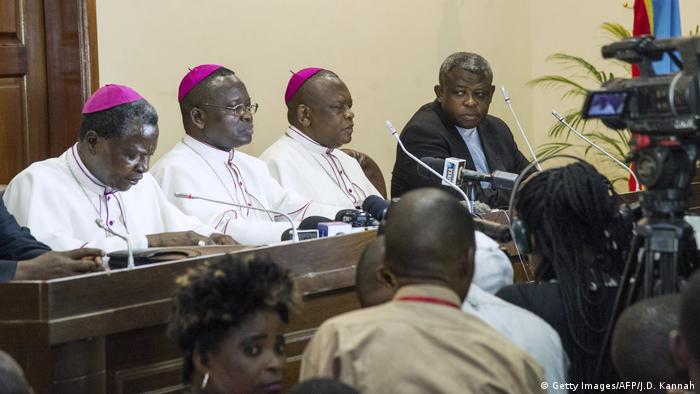 The Catholic Church, which has proved vital to negotiations recently, criticized the result

With the government still being formed, Tshisekedi — who had on his campaign trail promised political change — has had his hands tied so far. He promised to pardon political prisoners and ask Congolese living in exile to come back. "I am going to work hard to create the conditions for a rapid return of compatriots who are now abroad for political reasons, so they may exercise their activities within the rule of law and republican institutions," Tshisekedi announced in early March.

Opposition members, activist groups and the powerful Catholic Church, which had up to 40,000 election observers throughout the country, have been very skeptical about the outcome of December's elections, although they have not staged major protests. On Twitter, the prominent activist Fred Bauma called the coalition between Tshisekedi and Kabila a "static transition."

"The cynicism about politics runs very deep in Congo," Shepherd said. "There's been misrule for generations."

The opposition leader Martin Fayulu — who some groups, including the Catholic Church, believe should have won the election — has not conceded defeat. During the elections, he had made clear his concern that Kabila and Tshisekedi had struck deal and would possibly rig the results.

Zipporah Nyambura and Eric Topona contributed to this report.