The ECB head Mario Draghi has said a failure to resolve the Greece crisis may take the situation into "uncharted waters." International lenders are pressing Athens to present a more detailed plan for spending. 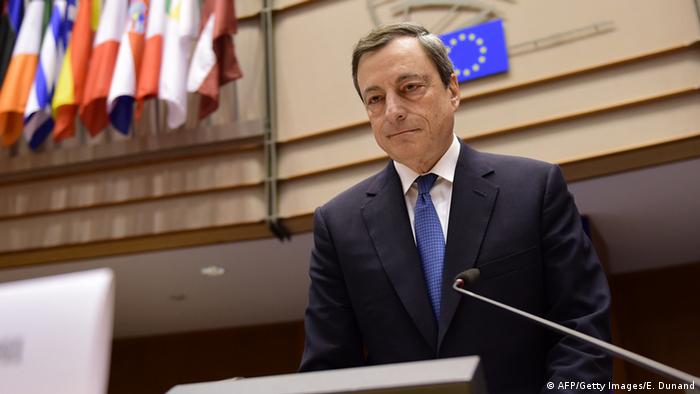 International lenders on Sunday urged Greece to present a plan to avoid a default that could plunge the global economy into financial crisis. European Central Bank chief Mario Draghi warned that Athens had still not provided enough information on how its reforms would affect its financial reserves.

The ECB head said he didn't even want to "contemplate" Greece defaulting on its debt, which could result in the world economy being pushed into "uncharted territory."

Admitting that Athens' leaders were "free to choose what they can do," Draghi said that an overall framework was necessary to assess the fiscal impact of Greece's proposals. He insisted that "we all want Greece to succeed. The answer lies in the hands of the Greek government."

IMF head Christine Lagarde also said that she had met Greece's Finance Minister Yanis Varoufakis over the past two days and demanded that the country needed to say how much it could deliver "in terms of fiscal revenues or spending."

Meanwhile, Greek representatives were in Paris trying to reach an agreement which would secure payments the country has to make in the form of salaries and debts to the IMF. Greece needed to generate somewhere between $10-11 billion (9-10 billion euros) to service its debts, international lenders estimated.

The country is negotiating terms with the IMF, World Bank and the ECB to receive the final 7.2 billion-euro installment of its 240-billion-euro bailout deal. Eurozone countries are demanding that Athens produce a list of reforms that prove its credibility before releasing the money.

There are also reports of Athens being in talks with Russia over a gas pipeline deal that could bring nearly five billion dollars to the financially ravaged country.

While Prime minister Alexis Tsipras is fighting for fresh EU funding, Greek business leaders feel let down by their own banks, claiming the country's lenders worsen the depression and inhibit growth. (10.04.2015)

Media reports have said the Greek government has met a crucial deadline to pay back a loan tranche to the International Monetary Fund (IMF). But that hasn't removed creditors' anxiety over the country's finances. (09.04.2015)