Following the death of its leader, DR Congo's main opposition alliance could disintegrate before an interim administration is formed. This would play into the hands of President Joseph Kabila. 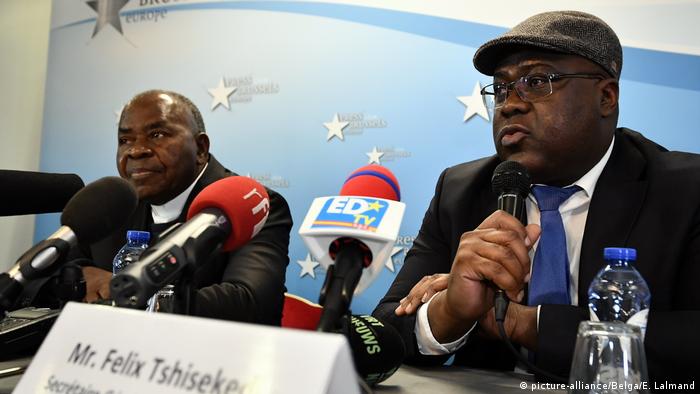 The Congolese opposition leader Etienne Tshisekedi continues to spark debate even after his death. The remains of the politician, who died in Belgium at the beginning of February at the age of 84, will now not be transferred to his homeland as had been planned. The family refused to accept the burial site the government had set aside for him.

Tshisekedi's body was to be laid in state at the Palais Du Peuple, the seat of the National Assembly, and later interred in a mausoleum at the La Gombe Cemetery near the government quarter. However, his party, the Union for Democracy and Social Progress (UDPS), wants him to be laid to rest at party headquarters.

"The Tshisekedi family is very concerned about the wishes of both the population and the party," said Augustin Kabuya, a member of UDPS. "We have asked the governor to stop work [on the burial] because it cannot continue when there are protests. The burial seems to have been postponed indefinitely."

Tshisekedi was seen as a symbol of the unarmed struggle for freedom and democratic change in the Democratic Republic of the Congo. He assumed the role of charismatic opposition leader in the 1980's. After a dispute with Mobutu Sese Seko, the dictator who ruled what was then Zaire, he founded the UDPS and remained party chairman until his death.

With Tshisekedi's demise, the opposition has lost its unifying figure and is now disintegrating again into separate factions. 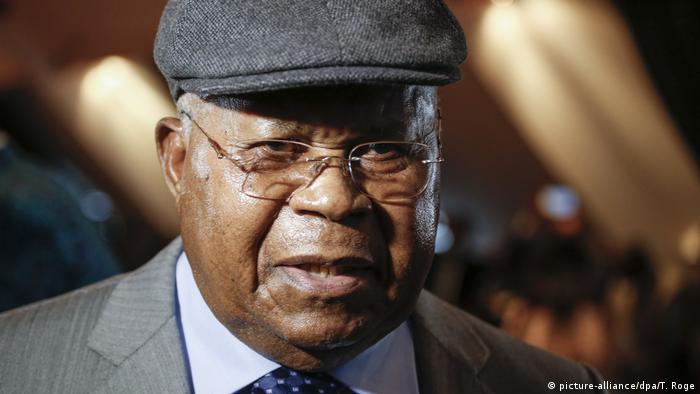 Tshisekedi died just four weeks after Rassemblment - the bloc of opposition parties he was leading - secured an agreement with the government that President Joseph Kabila would retire after elections set for the end of this year. In the meantime, DR Congo would be run by a transitional government with Kabila as president and an opposition representative as prime minister.

However, efforts to implement this agreement have stalled. The formation of an interim government has been delayed by Kabila's political maneuvering and the opposition cannot agree on a candidate for the post of prime minister. Kabila has suggested that the prime minister be selected from a list of three names. According to Steffen Krüger, Africa's representative at the Konrad-Adenauer-Foundation in Berlin, "this puts the opposition under duress."

Felix Tshisekedi, the son of the late opposition leader, has taken over as "Rassemblement" chairman. Not all members of the opposition alliance support the move. 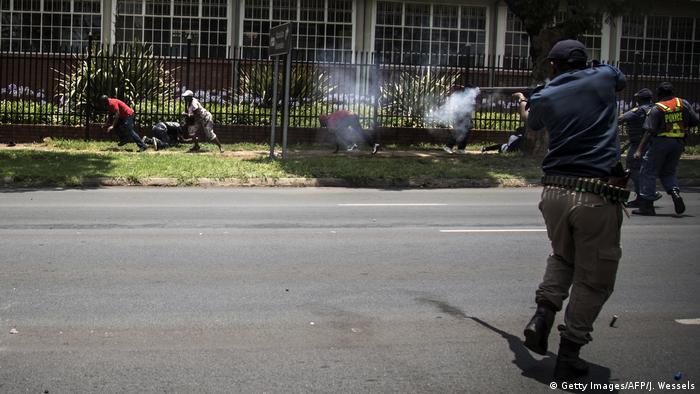 The unrest in December claimed at least 40 lives, the UN says

"Felix Tshisekedi is not a party leader," was one objection raised by Joseph Olenghankoy, head of the opposition party "Innovative Forces for Solidarity and Solidarity (FONUS). Questions are also being asked in the UDPS about the son's suitability. "The largest opposition party has lost its father, and his son is trying to follow in his father's footsteps, but he is not as popular or as well-known as his father," said Krüger from the Konrad Adenauer Foundation.

The European Union has threatened the DR Congo with fresh sanctions should the Kabila government persist in blocking the implementation of the agreement with the opposition. In a joint statement, EU foreign ministers said those responsible for human rights violations or who created obstacles to a peaceful solution to the conflict would face travel bans and asset freezes.

Kabila's second term as president expired in December 2016. He didn't step down, but decided to appoint a new government. This triggered street protests by the oppostion in several cities to which the security forces responded with tear gas and the use of firearms. According to UN figures, at least 40 people were killed.

Kabila called off elections planned for November 2016 saying that preparations were incomplete. The DR Congo's constitution does not permit him to run for a third term.

Congo deal calls on Kabila to step down after 2017 election

Congolese President Joseph Kabila has reportedly agreed to step down after elections in 2017, according to a tentative agreement struck by the various political parties. Kabila's mandate ran out earlier this month. (30.12.2016)