Congo deal calls on Kabila to step down after 2017 election

Congolese President Joseph Kabila has reportedly agreed to step down after elections in 2017, according to a tentative agreement struck by the various political parties. Kabila's mandate ran out earlier this month. 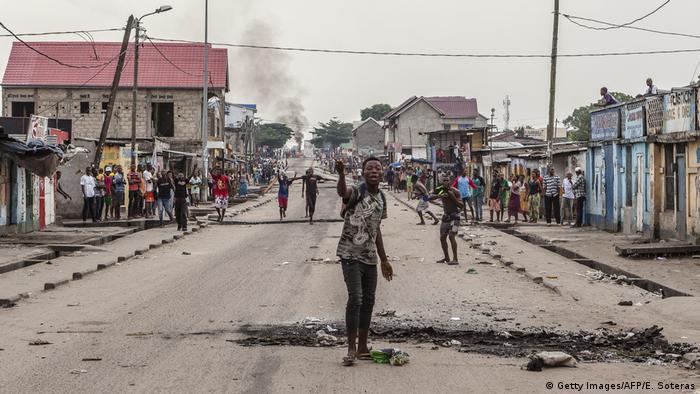 President Joseph Kabila, in power for 15 years, has reportedly agreed to step down by the end of next year, in what would be Congo's first peaceful transfer of power since independence in 1960.

The tentative deal, announced by mediators late Friday, would prohibit President Joseph Kabila from changing the constitution to extend his mandate and run for a third term, Marcel Utembi, president of the Catholic Bishops' Conference in the Democratic Republic of Congo, told reporters.

The possible agreement comes after weeks of tense talks among the political parties. But it remains unclear if elections can be organized by the end of next year.

"The government is asked to take all steps so that the elections are organized by the end of 2017 at the latest," said Utembi.

The deal, which is expected to be formally signed on Saturday, prohibits Kabila from changing the constitution to allow him to hold power for a third term.

Kabila's last term expired on December 19. However, authorities have effectively extended it until 2018, claiming they needed the extra time to organize a new election.

Kabila first came to power in 2001 following the assassination of his father, Laurent Kabila. He was subsequently elected to successive five-year terms in 2006 and 2011, under very suspect circumstances.

His government had previously balked at organizing elections this year, claiming logistical problems.

The result has been sporadic protests - sometimes violent - which began in 2015 when Kabila talked about amending the constitution to allow him to run for a third term. Earlier this week, security forces killed about 40 people protesting Kabila's unconstitutional hold on power.

The deal also calls for Kabila to appoint a prime minister from the country's main opposition bloc to oversee the transition - an issue that had been a major sticking point in the final stages of the negotiations.

Foreign powers in Africa and the West feared the ongoing political impasse could lead to a repeat of civil war, which tore the country apart between 1996 and 2003. Millions died in eastern Congo, mostly from starvation and disease.

A successful deal, however, would offer a boost to pro-democracy activists across the continent and help buck a trend in which African presidents have changed constitutions to stand for third terms.

Catholic Church-mediated talks have resumed in the DR Congo. Mediators are urging President Joseph Kabila and opposition parties to find an agreement before Christmas to settle the crisis, as street violence goes on. (22.12.2016)