Most members of the new executive have been drawn from former president Joseph Kabila's Common Front for Congo. DRC will now have a female vice prime minister, minister for foreign affairs and minister for planning. 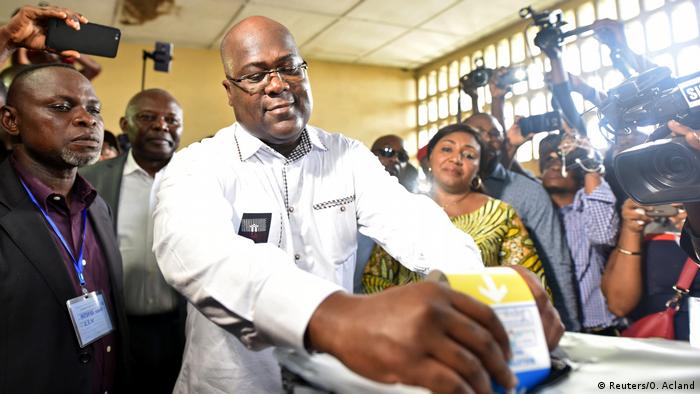 Negotiations in the central African nation had dragged on since Tshisekedi's inauguration in January following DRC's first peaceful transition of power since the mineral-rich nation gained independence from Belgium in 1960.

"The government is finally here," Prime Minister Sylvestre Ilunga said before the members of the new government were announced by the presidency's spokesman.

The executive will have a female vice prime minister, minister for foreign affairs and minister for planning, Ilunga said.

Twenty-three members of DRC's power-sharing executive were drawn from Tshisekedi's Direction For Change, and the remaining 42 from former president Joseph Kabila's Common Front for Congo.

Tshisekedi won the December elections — marred by delays amid an Ebola outbreak and militia violence in many regions — on a platform to ease poverty and roll back corruption that flourished during his predecessor's reign.

Kabila had been barred by constitutional term limits from standing for another term, leading to DRC's first transfer of power at the ballot box after his two decades in office.

Tshisekedi, nicknamed 'Fatshi', was born into a well-off family in DRC's capital Kinshasa in 1963. His father was the late Congolese opposition politician Etienne Tshisekedi, a popular figure who served as prime minister for three brief terms in the 1990s.

The Democratic Republic of Congo's Felix Tshisekedi has agreed to join with ex-President Joseph Kabila to form a coalition government. This comes after Tshisekedi was not able to gain enough support in Parliament. (08.03.2019)