Some of the girls were infants, as young as eight months, and none of the victims was older than 12. The fight for mineral resources has led some to dub the DR Congo "the rape capital of the world." 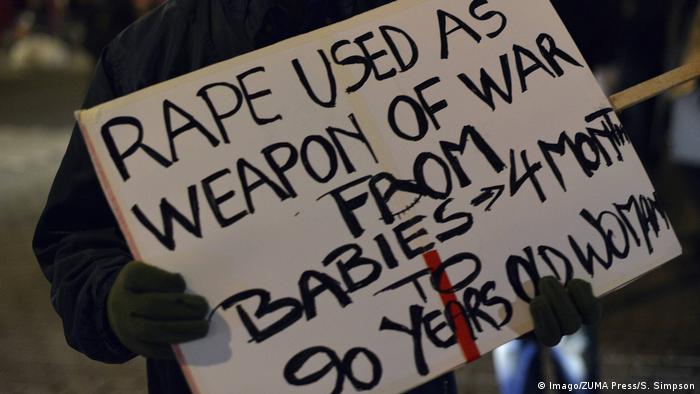 Eighteen suspected members of a Congolese militia went on trial Friday in Democratic Republic of Congo, accused of kidnapping and raping some 40 girls.

All of the girls were under 13 and some were infants.

The men are also accused of murdering several people, including a German engineer who was working in the region. They are on trial in a military court in eastern Congo about 20 miles (30 km) from the town of Kavuma, where most of the attacks occurred. 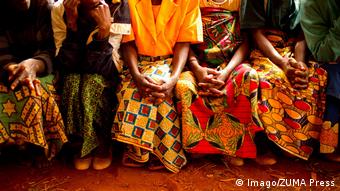 Rape victims in the DR Congo

Gang leaders Frederic Batumike and 17 others are facing charges of "crimes against humanity through rape and murder ... and taking part in an insurrectional movement," said Charles Cubaka Cicura, a lawyer representing the victims

The men are accused of being members of the Djeshi ya Yesu militia, which is Swahili for the Army of Jesus, which Batumike allegedly led, according to Colonel Roger Wavara.

Batumike was arrested in June in 2016, along with 74 others and accused of "recruiting a witch doctor who advised the militiamen to rape very young girls and thereby gain supernatural protection."

About 40 girls, some as young as eight months and none older than 12 years, were kidnapped and raped between May 2013 and 2016, said Cicura, the girls' lawyer.

"At least two girls died following these assaults," he said.

Denis Mukwege, a global expert on treating gang-rape victims, had denounced the wave of child kidnappings and rape at the time they were occurring.

"How can someone kidnap a child at night and bring her in the bush to rape her?" said Mukwege, who comes from the Congo, during an interview in 2015.

"The condition of the babies who arrive to us like that at the hospital is dramatic," he said. "These are things that are completely new."

Batumike is also accused of ordering the murder of Congolese human rights activist Evariste Kasali, who was killed in March of last year, and German national Walter Mueller, a plantation owner who was brutally murdered in 2012.

Prosecutors also accuse him of launching several attacks on the police and soldiers in the east of the country.

Jean Chrysostome Kijana, president of rights group Nouvelle Dynamique de la Societe Civile, who attended the opening of the trial, said the case sent a strong signal in the fight against impunity.

Sexual violence is a huge problem in Congo with both militia members and government soldiers accused of abuses. The country, he said, has been dubbed "the rape capital of the world."

A Congolese doctor who specializes in the treatment of rape victims has been presented the Sakharov Prize for his work. The award is one of Europe's most prestigious human rights accolades. (26.11.2014)