At least 17 civilians died in the raid in the eastern province of North Kivu. Local authorities have blamed the Islamist rebel group ADF. 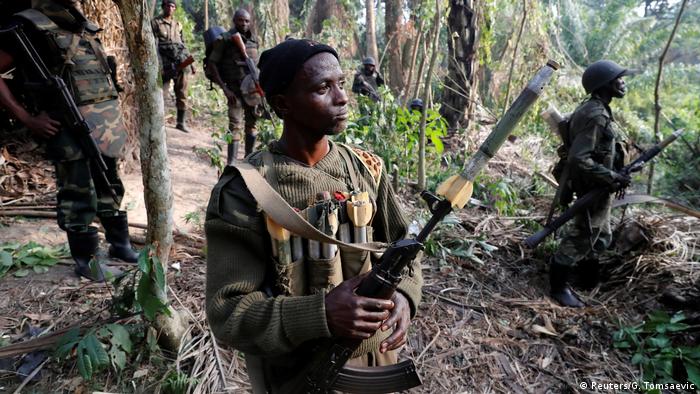 A massacre in the Democratic Republic of Congo on Friday night resulted in at least 17 deaths, local authorities said, blaming fighters from an Islamist militia group.

The army confirmed the raid occurred in a village in the Buliki area of North Kivu province between 8 p.m. and midnight.

The Allied Democratic Forces (ADF), a Ugandan group active in eastern Congo since the 1990s, has been responsible for the deaths of more than 1,000 civilians in less than two years, according to figures from the United Nations.

Meet the artist who tells Congo’s history on jute

The massacres have increased significantly since the army began an operation against the ADF last year.

The rebel group is also suspected to be behind an attack that occurred on Wednesday in which 18 civilians were killed.

On October 21, over 1,000 prisoners escaped from a jail in Beni in an attack by gunmen. Police blamed the ADF while the Islamic State claimed they were behind the onslaught.

DR Congo: More than 50 killed in gold mine collapse

The collapse was triggered by torrential rainfall in the Democratic Republic of Congo's South Kivu province. Hundreds of mostly young men were working in the dangerous gold mines when the accident happened.