An "Islamic State" (IS) attack on a Shiite shrine north of the Iraqi capital has killed at least 30 people and injured dozens more. The strike comes just five days after a massive explosion in Baghdad claimed 292 lives. 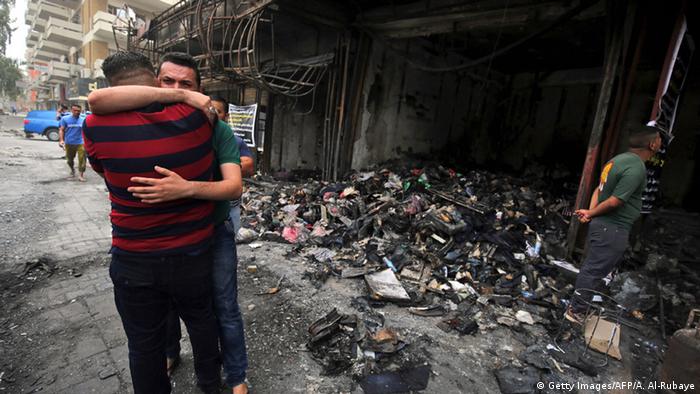 Suicide bombers detonated their explosives near the Sayyid Mohammed shrine in Balad, clearing the way for IS gunmen to enter the site and fire upon worshippers, Iraqi security sources said Friday.

The Shiite shrine, about 93 kilometers (58 miles) north of the Iraqi capital, also came under rocket fire during the overnight attack.

More than 50 people were wounded in the attack, which came as people gathered to celebrate the Eid al-Fitr festival that marks the end of Ramadan.

Militant group IS claimed responsibility for the attack in a statement, saying it was carried out by three suicide bombers wearing explosive belts. The attack is likely to further shake sectarian tensions between Shiites and Sunnis in the country. 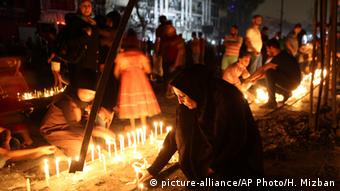 A massive truck bomb claimed by IS on Sunday killed 292 people in a Shiite shopping area in central Baghdad. The attack was the deadliest single bombing to hit Iraq since the US-led invasion of the country in 2003.

The Sunni hardline group has been losing ground to Iraqi forces in recent months, and experts warn their losses on the battlefield could mean a spike in attacks targeting civilians.

The death toll from a weekend bombing in Baghdad continues to rise. The blast was one of several terror attacks that marked a bloody week around the world. (07.07.2016)

Iraq's interior minister, Mohammed Ghabban, has quit, following the recent bombing in Baghdad that killed more than 200 people. The minister was responsible for overseeing the removal of fake handheld bomb detectors. (05.07.2016)