A passenger bus has overturned in northern France, injuring more than 30 people. Most of the passengers on board were tourists. German company Flixbus says it's working with local authorities to find out what went wrong. 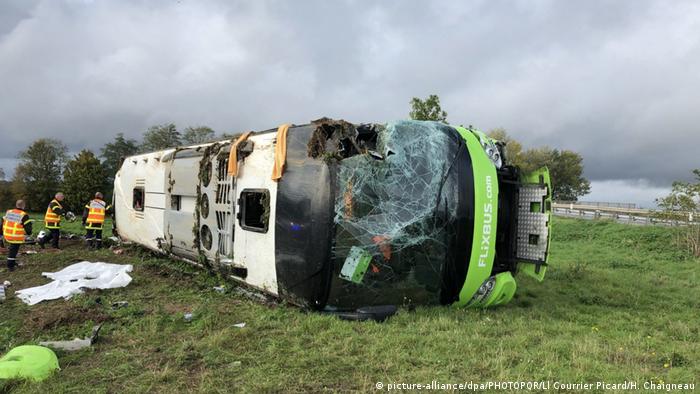 The bus, operated by German company Flixbus, was en route to London from Paris on Sunday when it skidded off a highway in northern France and flipped on its side.

Local officials said 33 people were injured, four of them seriously. They have been taken to nearby hospitals.

The accident took place on the A1 motorway near the city of Amiens. The Courrier Picard newspaper reported that the road was wet when the bus swerved on a curve, crashed into a barrier and then overturned.

Read more: How safe is bus travel in Europe? 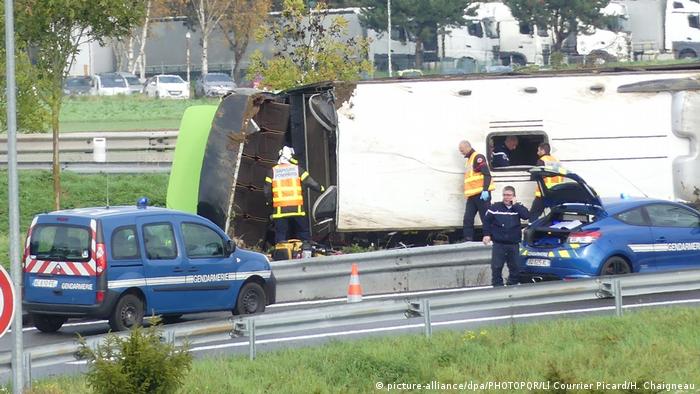 There were 33 people on board, including the driver, when the bus ran off the road

According to authorities, most of the passengers on board were foreigners from countries including the United States, Spain, Australia, the Netherlands, Romania, Russia and Britain. Thirteen of the injured passengers were French.

Flixbus said in a statement that it regretted the accident, adding that the company was working with authorities to determine what had happened. It said the bus was operated by a local partner under the Flixbus brand.

A bus traveling from Berlin to Munich has had a severe accident, killing one person. Early indications show the driver fell asleep at the wheel. (20.05.2019)