Eighteen people have been confirmed killed in a building collapse in Cambodia. The building was under construction in the coastal resort town of Sihanoukville, which has seen a boom in hotels and casinos. 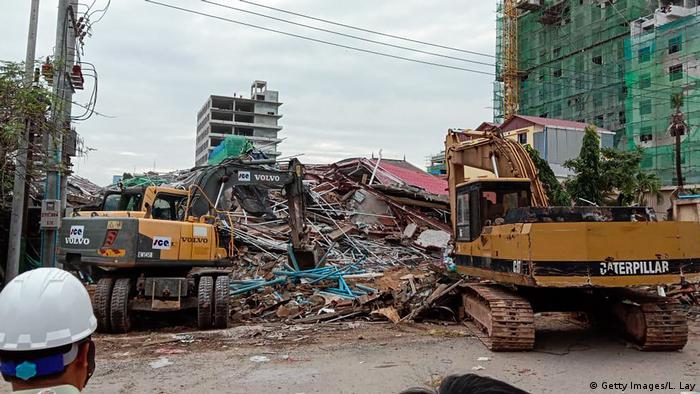 At least 24 people were injured, while an unknown number were believed to be trapped in the rubble.

More than 1,000 emergency workers gathered at the site to keep up the search for survivors in the rubble as night fell.

"We fear more bodies are trapped in the debris because the search has not reached the bottom of the building yet," a provincial official told Agence France-Presse.

An investigation into the cause has been launched, with Cambodian Prime Minister Hun Sen claiming that negligence was to blame.

Authorities said they had detained four Chinese nationals involved in the construction.

It wasn't immediately clear what caused the collapse. It occurred in a building under construction in the resort town of Sihanoukville, where there has been a boom of Chinese-owned casinos and hotels.

Between 2016 and 2018, $1 billion (€880 million) was invested by the Chinese government and private businesses in the Preah Sihanouk province, according to official statistics.

Building accidents are common in Cambodia. The Southeast Asian country is notorious for lax safety laws and poor labor protections.

Large parts of Cambodia have had to endure hours of daily power outages after the country's main provider said it was unable to meet demand due to dry weather. Small businesses are suffering the most. (11.04.2019)