Observers are urging caution over an apparent deal to end hostilities between the Nigerian government and militant group Boko Haram. Plans to release more than 200 kidnapped schoolgirls have also not yet been confirmed. 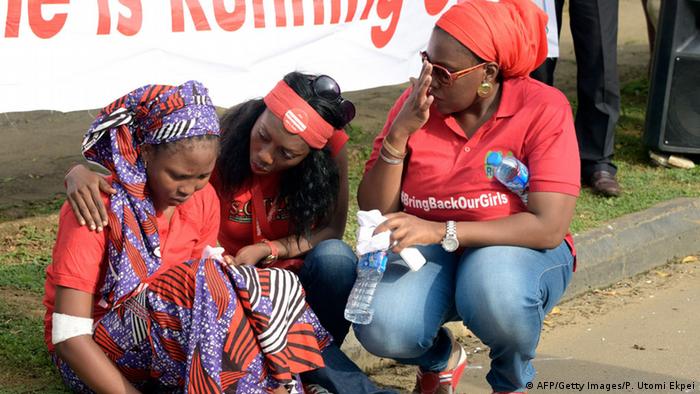 Doubts have overclouded a purported breakthrough deal that was to set more than 200 kidnapped Nigerian schoolgirls free and implement a ceasefire between the Nigerian government and the Boko Haram group.

The fate of the missing schoolgirls is still being negotiated, according to Nigerian Defense Ministry spokesman Major General Chris Olukolade. Mike Omeri, a security spokesman for the Nigerian government, also said that no deal to release the girls had been reached.

Hassan Tukur, who represented the Nigerian Government in negotiations with Boko Haram in neighboring Chad, reportedly had reached a breakthrough Friday with the militant group.

"Boko Haram issued the ceasefire as a result of the discussions we have been having with them," Turkur said. "They have agreed to release the Chibok girls."

Boko Haram expert Shehu Sani, who has represented the Nigerian government in previous negotiations with the group, said he had "never heard" of Danladi Ahmadu, the man who claimed to represent the militants in the talks.

In an interview broadcast on Friday, Ahmadu claimed to be Boko Haram's "chief security officer" and in charge of publicity for the group. He did not mention any potential ceasefire and even claimed not to have met Shekau.

The United States could also not independently confirm that a ceasefire deal was in fact in place.

"Obviously, we would welcome an end to hostilities, a restoration of security and, I think it should go without saying, would welcome the release of those girls that have been gone far too long. But we cannot independently confirm that at this point," said White House deputy spokeswoman Marie Harf. 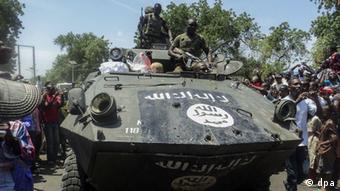 The kidnapped students have been missing for the past six months, despite international efforts mobilized by the Twitter hashtag campaign #BringBackOurGirls to rescue them from captivity. On Friday, users of the microblogging site expressed hope regarding a potential ceasefire deal.

"I pray that this ceasefire between the government and Boko Haram will function," user Emeka Okoye wrote on twitter using the hashtag. "The girls have already suffered for six months."

Nearly 300 girls were kidnapped from a boarding school in the northeastern Nigerian town of Chibok on April 14, but dozens managed to subsequently escape. Nigerian President Goodluck Jonathan has been criticized by the girls' families for failing to respond quickly to their abduction.

Boko Haram, whose name roughly translates to "Western education is sacrilege," seeks to impose a strict interpretation of Shariah law in northern Nigeria. During its early years, the group engaged in isolated skirmishes with security forces. But after a bloody government crackdown in 2009, Boko Haram launched a broad insurgency. Last summer, Boko Haram leader Abubakar Shekau declared a caliphate in the areas under the control of his forces. 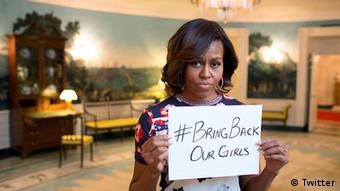 Boko Haram's insurgency has been characterized by a brutal campaign of bombings and shootings targeting Christian churches, Muslim mosques, schools, markets, bars, villages, police stations and a UN building. An estimated 5,000 Nigerians have been killed and a further 300,000 displaced by the violence.

In 2013, the Nigerian government declared a state of emergency in the northeastern states of Borno, Yobe and Adamawa. Amnesty International has accused the Nigerian military of war crimes, including extrajudicial killings, in its fight against Boko Haram. The United Nations and Human Rights Watch have also alleged that Nigeria's security forces have committed human rights abuses.

Nigeria's population of 177 million people is 50 percent Muslim and 40 percent Christian. Muslims are concentrated in the north and Christians in the south.

Twitter campaigns do not solve Africa’s problems, says DW’s Ludger Schadomsky. On the contrary, they undermine democracy and self-determination and in the worst cases, result in US military interventions. (14.10.2014)