Federal prosecutors are handing off their investigation into April's attack on the Borussia Dortmund soccer team's bus. They have decided that there was no "terrorist" motive. 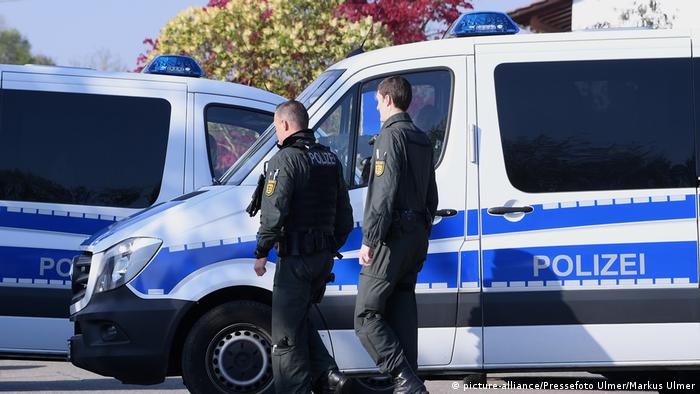 On Tuesday, Germany's Federal Public Prosecutor General (GBA) announced that investigators had found no indications of a "terrorist background" to the attack on the Borussia Dortmund (BVB) soccer team's bus on April 11.

Federal investigators have now turned the case over to municipal prosecutors.

As the main suspect had apparently committed the attack "solely because of financial interests," the GBA cannot consider the multiple explosions "a crime against the state of particular significance," which would make it the responsibility of federal prosecutors.

Arrest made after loan for a bet

Police arrested a 28-year-old man on April 21. Prosecutors have said he took out a five-figure loan to bet that BVB shares would drop, planted bombs in a hedge on the the bus's route and was initially successful in trying to disguise his attack as terrorism committed by a group with political goals. However, plansfound at the suspect's home  included details on the detonators and remote control frequencies used in the attack. 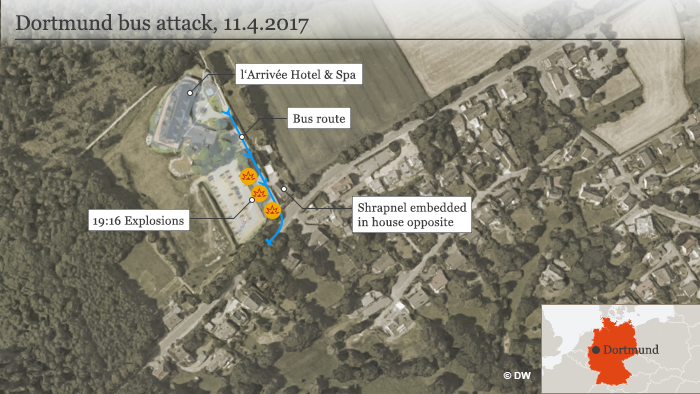 "Investigations carried out up until now have not given us any clues that there was a terrorist background to the attack," the GBA has determined. German media, too, have slowly backed off their initial hasty reports of "terrorism" as details have emerged about the attack's financial - rather than religious or political - motive.

It it not uncommon in Germany, however, for people to face terror charges in allegedly religiously motivated attacks that do not result in injuries and occasionally do not even result in explosions. Dortmund's attack hurt a police officer and BVB defender Marc Bartra and endangered bystanders. The main suspect apparently tried to pin his "financial interests"-motivated attack on members of a religious minority by leaving forged letters at the scene.