Doping Scandal Knocks Germany′s Ullrich Out of Tour de France | Germany| News and in-depth reporting from Berlin and beyond | DW | 30.06.2006

Germany's Jan Ullrich, out of the Tour de France because of his connection to Spain's blood-doping scandal, has become a fallen hero just one day before the start of an event he was tipped to win. 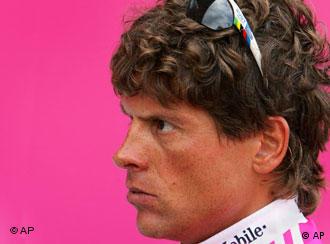 The Tour de France was thrown into its biggest crisis since the 1998 drugs scandal following the suspension of three of its biggest names on Friday.

Germany's Jan Ullrich, Spain's Francisco Mancebo and Italy's Ivan Basso were all dropped after being implicated in a doping investigation in Spain. Organizers suggested even more riders could also be suspended from their teams. 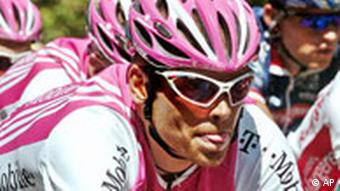 The 1997 winner Ullrich, and his Spanish teammate Oscar Sevilla, were suspended by T-Mobile when fresh evidence from the ongoing doping probe -- which had implicated them among a reported total list of 58 riders -- arrived late Thursday.

Spanish allrounder Mancebo was suspended by his French AG2R team because his name appears on the list.

Less than an hour later, the CSC team pulled yellow jersey hopeful Basso out of the race due to the suspicions aroused by his name being on the list.

Ullrich, a hero in his native country since winning the 1997 Tour, was expected to challenge strongly if not win the Tour de France this year.

The list of those riders implicated in the investigation was published widely by the Spanish media on Thursday after reporting restrictions were removed by the investigating magistrate.

The 32-year-old Ullrich, coming to the end of his career, has had one thing in his head this season -- to triumph in the Tour de France on the Champs-Elysees on July 23.

His strong T-Mobile team would certainly have been up to the task of supporting him to victory after last season's disappointment, when he finished third overall. 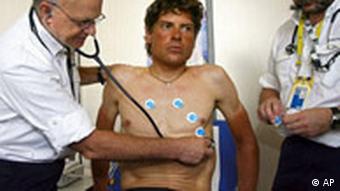 On Thursday, doctors were checking Ullrich ahead of the Tour de France

"Thanks to this affair, the discussion of the fight against doping will now properly start," Augustin said.

"To be honest I am shocked by the matter. But the decision by the T-Mobile team has been excellent. They did not hesitate and immediately suspended a rider who had a chance of victory."

An ethical code of conduct -- to be agreed upon by all teams and riders -- has been the backbone of the race organizers' policy since the scandal of 1998, which was pivotal in the creation of the World Anti-Doping Agency.

The code means that even without conclusive proof any rider implicated in an ongoing doping investigation can be forced off the Tour. 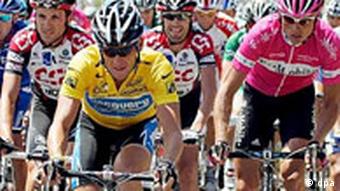 "We're happy about T-Mobile's decision to suspend Sevilla and Ullrich," said Prudhomme, who is directing his first race in place of Jean-Marie Leblanc.

"We then had a meeting with the AIGCP. During that meeting it was decided that the race's ethical code will be applied to the letter and that none of the riders suspended will be allowed to be replaced.

This year was the last on Ullrich's contract with T-Mobile, which pays him an annual salary of 2.5 million euros ($3.2 million), and everything was going according to plan for a win in France following victory in the Tour of Switzerland earlier this month.

Ullrich, who often starts training again much later than other riders and with a few surplus kilos, looked on top of his game on the Swiss streets.

Up to Friday, his image seemed to have been cleaned up following aberrations earlier in his career which at one point earned him a six-month drugs ban in 2002.

Ullrich Loses to an American -- Again

Levi Leipheimer cruised to victory in the Tour of Germany, ahead homegrown cycling star Jan Ullrich. Though the German's valiant time trial win was not enough, he remains optimistic. (Aug. 23, 2005)

It will take a brave man to attempt to fill the void left by the now retired Lance Armstrong. German newspapers think that that man will be T-Mobile's Jan Ullrich. Can the German take his chance now Lance has abdicated? (July 27, 2005)

This week you can attend a 15th century wedding, take in a free opera, sample some real French and German cuisine, watch the vélos race past, and learn about the art of being German. (July 4, 2005)