Lebanon has billed the donor conference as a show of international backing for a country hosting more than 1.5 million Syrian refugees. For years, Beirut has struggled to draw investment for infrastructure projects. 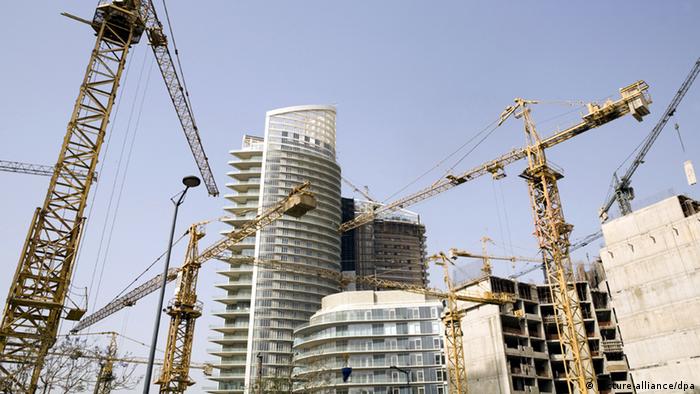 Lebanon had won pledges of grants and loans exceeding $11 billion (€8.96 billion) French President Emmanuel Macron said Friday, following a Paris conference aimed at rallying international support for an investment program to boost its economy. The pledges include $10.2 billion in loans and $860 million in grants.

Lebanese Prime Minister Saad Hariri needs the support for a medium-term investment strategy which is focusing on improving roads, power generation and public transport. He hopes to reinvigorate economic growth which has sunk to less than 1 percent last year.

In a news conference, Macron told Hariri the aid aimed to give Lebanon a fresh start, adding that it put "an unprecedented responsibility" on authorities there to carry out reforms and preserve peace in the country.

"It is important to continue reforms in the coming months," Macron said, adding: "We'll be by your side."

Donors want to see Lebanon commit to long-stalled reforms. In a nod to those demands, Hariri pledged fiscal consolidation to reduce the budget deficit — more than 150 percent of gross domestic product at the end of 2017 — by 5 percent during the next five years.

Friday's meeting is one of a series of three to secure international support for the recovery of Lebanon's economy. A gathering in Rome in February pledged more than $550 million to help reforms in the army, while a third conference scheduled for Brussels later this month will focus on helping the country's program to host Syrian refugees.

Lebanon is now the world's third-most indebted country. Before Syria's war started in 2011, Lebanon logged 9.1-percent growth. But from 2011 to 2017, average economic expansion was 1.7 percent and is expected to stay below 2 percent this year again.

The slip in state finances has propelled public debt to $80.4 billion, as of late January. That was almost double the debt of $40.7 billion before a donor conference was last held for Lebanon in 2007.

Donors have said they wanted to see Beirut follow through on reforms to curb levels of public debt that economists have long warned are unsustainable.

Public debt is now equivalent to a staggering 150 percent of gross domestic product (GDP) — the third-highest ratio worldwide after Japan and Greece.

Lebanon, a country of just over 6 million inhabitants, depends largely on imports and suffers from a chronic commercial deficit. The number of people living in extreme poverty rose by 66 percent between 20111 and 2015 alone, according to charity Oxfam.