The sultry Queen of Disco, who during childhood moved churchgoers to tears with her gospel singing, succumbed to lung cancer 10 years ago today. 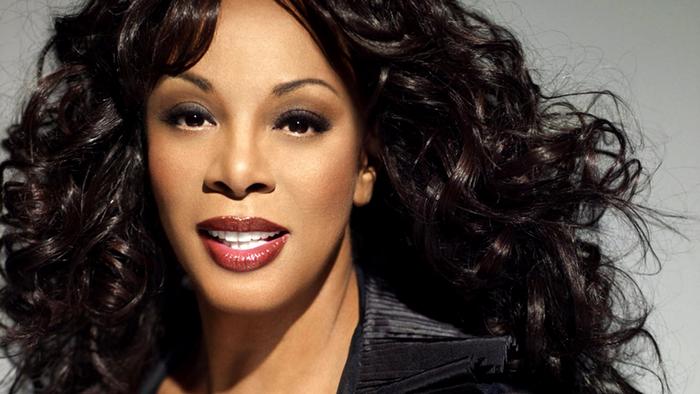 "I love to love you baby…" sang Donna Summer in 1975, virtually single-handedly kick-starting the disco craze. World-famous today, the song caused something of a scandal upon its original release. Many radio stations refused to play it, not because of its running time in excess of 16 minutes, but due to the sexually explicit nature of the song in which Summer mimics (23 times according to some estimates) the sound of an orgasm.

Perhaps because of its racy nature, the song, penned by veteran producer Giorgio Moroder, went on to become a worldwide hit. The Rock and Roll Hall of Fame placed the track on their list of the "500 Songs That Shaped Rock and Roll," and even Germany's venerable Goethe Institute recognized its groundbreaking qualities, dubbing it a forerunner of techno and house music.

But while the song would rocket Donna Summer to the heady heights of international fame, her beginnings were more humble. Born LaDonna Adrian Gaines on December 31, 1948 in Boston, Massachusetts to a butcher father and factory worker mother, she was one of seven children. She was always a keen singer almost as soon as she could talk. As her mother later recalled, “She literally loved to sing. She sang for breakfast and for lunch and for supper." 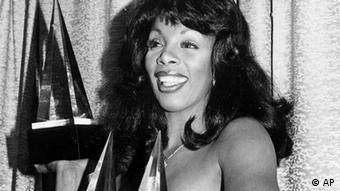 Her career was launched in Munich

After cutting her performing teeth in the local gospel choir, by the age of 17 Summer had quit school and was heading up psychedelic rock band Crow, with which she relocated to New York. There she learned that auditions were being held for the German version of hippie musical "Hair." She applied, and on October 24, 1968 the 19-year-old Summer found herself on stage in Munich. Her first single, taken from the show and released under the name Donna Gaines, was "Aquarius." She toured Europe in other musicals such as "Show Boat" and "Porgy and Bess" and along the way met her first husband, the Austrian dentist Helmuth Sommer, from whom she took her stage name.

1973 was a turning point in her career when she met the producers and songwriters Giorgio Moroder and Pete Bellotte. They rapidly became a successful and prolific team. In their Munich studio they wrote music history in 1977 when they recorded the classic disco hit "I Feel Love." The story goes that working in Berlin some 600 kilometers away, David Bowie was surprised one day as Iggy Pop burst into the studio claiming "I have heard the sound of the future!" before playing the single.

At the insistence of Casablanca Records chief Neil Bogart, Summer moved back to the US in 1976. Her 1979 album "Bad Girls" is generally regarded as the critical and commercial peak of Summer's disco sound and became the definitive record for a generation of clubbers. Summer was the first solo artist to score four number one singles in the space of a year and in 1979 and 1980 was the most successful female artist in America. 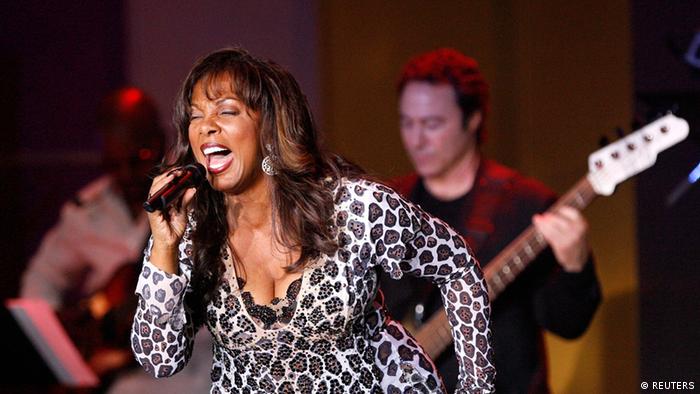 The 1980's wouldn’t be as kind to Summer as the 70's. While she continued to deliver sizeable hits, behind the scenes she developed an alcohol and drug addiction and suffered from depression partly due to tensions with her label Casablanca, who wanted her to stick to the tried and tested disco formula while Summer herself wanted to branch out into other genres. An unsuccessful suicide attempt followed.

In the mid-80's Summer, by then a born-again Christian, was alleged to have said that AIDS was God's punishment for homosexuals' immoral lifestyle. The remarks alienated her sizeable gay fan base; thousands of her albums were returned to her record company. Publicly Summer denied ever making such a comment and in an open letter to AIDS campaign group ACT UP said the matter was "a terrible misunderstanding… if I have caused you pain, forgive me."

Once the dust had settled and Summer’s life became quieter, she devoted herself to her family and her painting hobby. Together with second husband Bruce Sudano she raised three daughters. Music always remained dear to her heart however. In 2009 Summer was back on stage for a sold-out solo concert in Berlin organized by Deutsche Telekom's Electronic Beats brand. Six months later she performed in Oslo on the occasion of the awarding of the Nobel Peace Prize to US President Barack Obama.

Death of a legend

Donna Summer passed away at her Florida home on May 17, 2012, age 63. She had been diagnosed with lung cancer, which she attributed to inhaling toxic particles following the 9/11 terrorist attack on the World Trade Center in New York. 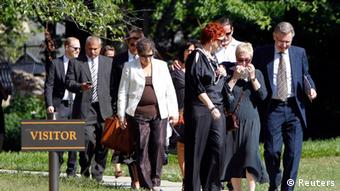 Many celebrities paid their final tributes to the Disco Queen

After her death, some of the biggest names from the entertainment world paid tribute to her. Producer Quincy Jones said her voice "was the heartbeat and soundtrack of a decade" while country star Dolly Parton remarked "Donna was one of the greatest voices ever." Aretha Franklin referred to her as "a fine performer and a very nice person," and actress Liza Minnelli dubbed her, as so many have, "the Queen of Disco."

In the course of her career, Donna Summer sold more than 130 million albums, bagged five Grammys, released three consecutive platinum albums and is immortalized with a star on the Hollywood Walk of Fame.

The German music scene is never short of surprises, and 2013 was no exception. Highlights from the last twelve months in the world of pop and rock. (26.12.2013)

It came without warning: fans and music critics alike were caught unawares by the release of Beyoncé's fifth studio album - on iTunes. The release forges new territory. (20.12.2013)

Critics and readers of Germany's Rolling Stone magazine have voted Nick Cave's 15th studio record, "Push the Sky Away," as the best album of 2013. In his 40-year career, it also ranks as his most commercially successful. (18.12.2013)