The UN's Human Rights High Comissioner Zeid Ra'ad al-Hussein says US President Donald Trump may be inciting violence against journalists. He added that the freedom of the press was 'under attack' from Trump. 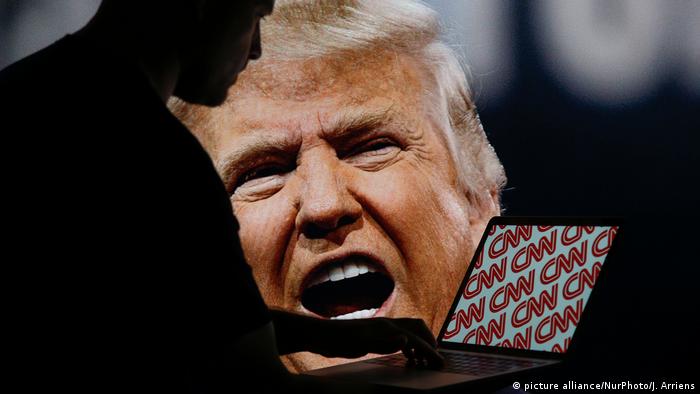 Zeid Ra'ad al Hussein, the United Nations's top human rights official, said US President Donald Trump's relentless attacks on news outlets like the New York Times, the Washington Post, CNN, ABC, CBS and others could be seen as incitement to violence against journalists.

"It's really quite amazing when you think that freedom of the press, not only sort of a cornerstone of the US Constitution but very much something that the United States defended over the years is now itself under attack from the president," he told a news conference on Wednesday.

"It's a stunning turnaround. And ultimately the consequence is a dangerous one," he added.

"I believe it could amount to incitement [to violence]," he concluded, arguing that if a journalist was attacked because of Trump's constant baiting of the media, the president may have to bear responsibility.

Read more:Presidents always rail against the press, but not like Trump

Both during his election campaign and throughout his tenure so far, Donald Trump has repeatedly slammed and insulted US mainstream media outlets, calling them the "fake news."

At a recent rally in Phoenix, Arizona he chided the media for misrepresenting his response to the deadly white supremacist march in Charlottesville, Virginia, calling them unpatriotic and "truly dishonest people."

In February, he dubbed many mainstream media outlets "enemies of the American people."

Tensions between the US media and Donald Trump have risen after the president tweeted a video that showed him hitting a man with a face covered by the CNN logo. Media groups and politicians condemned the tweet. (03.07.2017)