Donald Trump had other ventures on his mind before seeking the US presidency. Not long ago, he was aspiring to become a real estate tycoon in Germany as well. 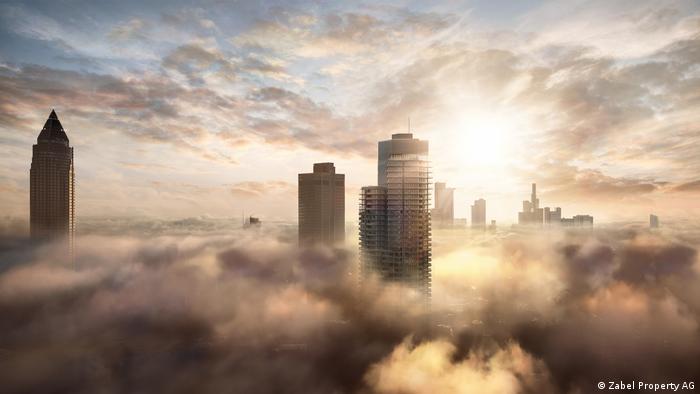 Imagine drinking champagne at sunset, looking at a breathtaking skyline while surrounded by waterfalls and palm trees on the 50th-floor patio of Trump Tower - not in New York, but in Frankfurt. That was how Donald Trump envisioned Europe's tallest building in November 2001. It was just weeks after the attacks on the World Trade Center in New York City, and plans already included construction materials like high-pressure concrete. Only the best was good enough for this building, an investment worth 350 million euros. Local politicians were excited about the prestige project but in the end, it all came to nothing.

"Trump is reviving those plans and now wants the skyscraper to become a reality by the spring of 2017," wrote the local "Journal Frankfurt" a few months ago. "The future most powerful man in the world is resurrecting the 2001 plans and agreements with the then-mayor of Frankfurt, Petra Roth. Now he will be working with Mayor Peter Feldman. The project is expected to be a success this time. Trump comments optimistically that he will be able to begin business more quickly now that he is working with a man. According to plans, 70 percent of the condominiums would be luxury models and a surprising 30 percent for the low-income market."

Anyone reading this is probably wondering how the term "low-income" fits in with Donald Trump. It is also strange to hear that the facade will not be set in gold. And if you still don't have any suspicions, the date the article was published - April 1, 2016 - reveals it is just an April fool's joke. The postponed construction of the building had simply been made up, but it did have its background in reality.

The sparkle is gone

The Trump Tower project for Frankfurt was indeed a real thing back in 2001. Its date of completion was slated for 2006 or 2007. 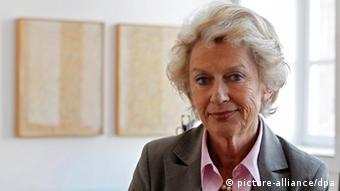 Roth vividly recalls meeting with the self-proclaimed billionaire. He was "very American" to her. In New York, Trump received Roth and her delegation from Frankfurt in the pomp and splendor of his Fifth Avenue office and personally presented his plans. He wanted to build an at least 200-meter-tall (656 feet) high-rise on the edge of the Main River, but Trump's ideas went too far for German urban planners.

Trump believed that there was money to be earned in a strong economic nation like Germany and actually, his guess was spot on. In the past 15 years, real estate prices in major German cities like Frankfurt, Hamburg, Munich and Berlin have gone up 25 percent, and in some cases by up to 70 percent. Back in 2000, Trump decided to make money on the German market by building the tallest, most beautiful buildings that were technically viable.

What began with high hopes ended with little glory. The collaboration fell apart due to disputes among the shareholders. That was in 2005. In the four preceding years, they were supposed to be making great things happen.

Megalomania and its limits 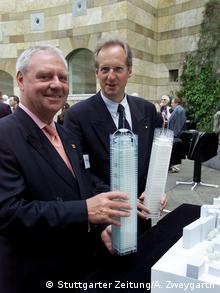 They wanted to start work in booming Berlin. Trump wanted to invest at least 4 billion euros in Alexanderplatz, prime property in the heart of the German capital. The money was not to be used for hotels, casinos or golf courses, but instead, a huge high-rise building at least 200 meters tall. Trump's executive aide-de-camp in Germany, Hans Ulrich Gruber, described Trump's motivation as follows: It was the American real estate tycoon's desire "to build a bridge between Berlin and New York." Apparently, city officials in Berlin did not immediately grasp the scope of this generous and symbolic gesture. They merely pointed out existing construction regulations, which only allowed for buildings up 150 meters in height. Never again did Trump want to deal with such "small-mindedness."

Trump found admirers in the southwestern city of Stuttgart. Local politicians were enthusiastic and offered him property in a prominent area of the city known as "Pragsattel." A construction project worth a total of 250 million euros was to be built there by 2004 - a 55-story, 220-meter-tall tower with a transparent glass facade. A great deal of money and effort was put into presenting the building to an honorable group of guests. The ambitious project was designed by the famous Hamburg architect Peter Schweger.

Trump was pleased. Construction was about to begin when suddenly, things took an unexpected turn. Authorities from Stuttgart's city hall did not have Trump's finance plan. Then, doubts about the creditworthiness of the American developer started growing. No one wanted to be left with an unfinished building. As the doubts could not be cast aside, the city of Stuttgart stopped construction plan approval procedures. Trump was furious. The spirited development giant sued for millions in compensation for the incurred planning costs. However, the district court of Stuttgart overturned a previous ruling in his favor. That was the end of the show. 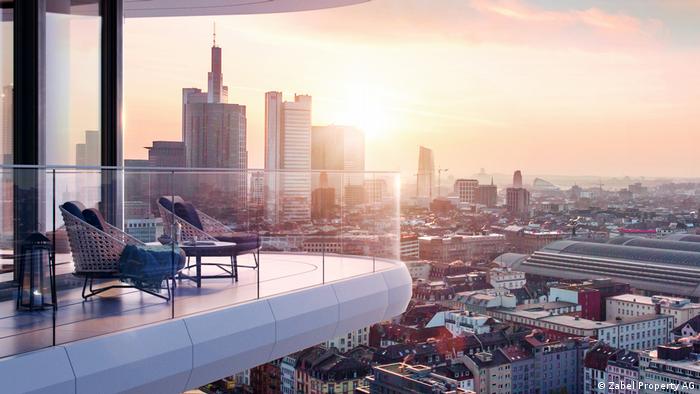 The 'Grand Tower' offers majestic views of Frankfurt starting in 2019

Real estate industry insiders do not want to gloat over Trump at the moment. Only one of 10 planned projects came to fruition; however, they say that is perfectly normal in the business and does not indicate any failing on Trump's part.

The king of real estate development is probably glad that his German plans did not work. The business weekly news magazine "Wirtschaftswoche" reported that Ulrich Marseille, a former shareholder of TD Trump Deutschland, was involved in fraudulent deals when trying to save his chain of clinics from bankruptcy. The Squaire, an office building on top of Frankfurt Airport train station, was a financial disaster for the real estate investment company IVG AG in Bonn, which almost went bankrupt. With a total floor area of 140,000 square meters, The Squaire is the largest office building in Germany.

Trump would probably be very annoyed that Germany's tallest residential tower is being built by Berlin's gsp Städtebau GmbH. Right now, a 47-story building containing 401 apartments is under construction in Frankfurt. The so-called "Grand Tower" project is being carried out in an area that Trump was not at all interested in, the Europaviertel (European quarter). This is a district Trump had misjudged. The developers hired Zabel Property to market the building space. Zabel, the exclusive marketer, reports that 70 percent of the condominiums in Frankfurt's "Grand Tower" have been sold at a whopping price of 19,000 euros per square meter.

Looking to buy property in Germany? A proposed cut to the real estate acquisition tax could make it even cheaper. But DW's Jefferson Chase, himself a property owner, says that such a cut could be a double-edged sword. (20.11.2016)

The German grandfather of US President-elect Donald Trump returned to Germany with his wife before their son was born, according to the daily "Bild." However, officials ordered him to leave Bavaria or "face deportation." (21.11.2016)

How Donald Trump managed to wear out Scotland's welcome

Republican presidential candidate Donald Trump, once a friend of Scotland, has worn out his welcome. Locals are all but amused with the real estate magnate, writes Peter Geoghegan. (06.11.2016)