The Gustav Knepper power station in the western city of Dortmund has been demolished in two explosions. Nearby residents were made to leave their homes during the blasting operation. 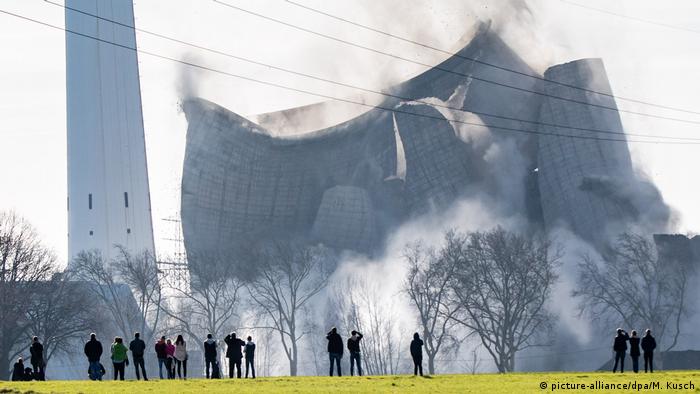 The Gustav Knepper power plant in the western German city of Dortmund was demolished on Sunday morning in two dynamite explosions some 30 minutes apart.

The boilerhouse of the coal-fired plant, disused since 2014, was the first to go, followed by the demolition of the 128-meter-high (420-foot-high) cooling tower and the 210-meter chimney. 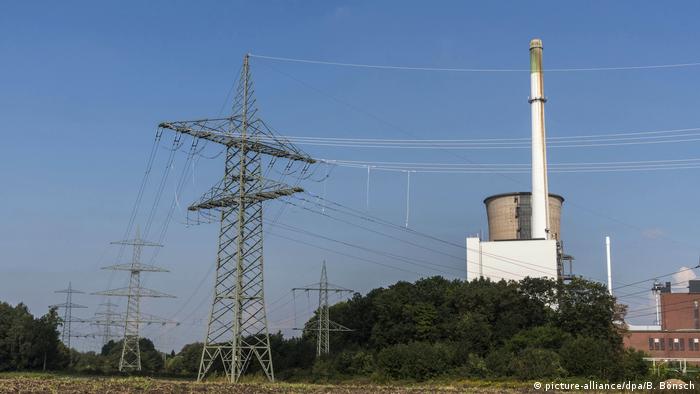 The Gustav Knepper power plant was built between 1951 and 1971

The demolition, described as Germany's "biggest bang of the year" by the mass-circulation Bild newspaper, is said to have produced some 28,400 tons (31,305 US tons) of steel and rubble. The cleared area is planned to be used for an industrial estate.

Water cannon were used to reduce dust produced by the demolition.

Some 120 people living near the power station were told to evacuate their homes while the operation was running, and the entire area was sealed off to the public. 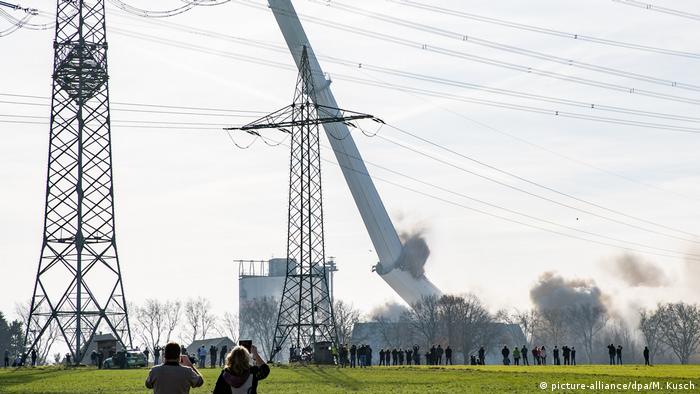 Energy concern E.ON, which operated the plant, closed it because of falling wholesale market prices and expiring supply contracts with major customers, as well as the facility's age.

Germany is seeking to move toward renewable energy sources as part of its "Energiewende" or "energy transition," which was outlined in a government policy document and received legislative support in 2010. Part of the plan is to reduce the use of coal to fuel power stations to cut carbon emissions that cause global warming.