New research from Lloyd's and CEBR has shown that vast assets are underinsured, posing a huge threat to livelihoods particularly in poorer nations. Those most at risk are also those with the lowest insurance levels. 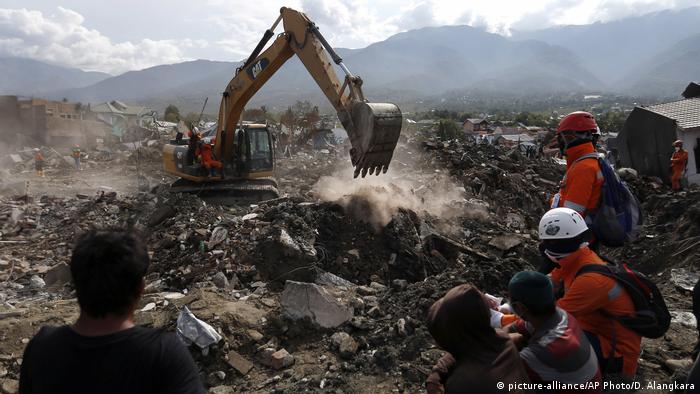 Disaster-prone developing nations are exposed to crippling losses when storms, floods or earthquakes strike, because they suffer from a dangerous lack of insurance, industry experts said Monday.

Globally, assets worth about $163 billion (€141 billion) are not insured against catastrophes, posing a significant threat to livelihoods and prosperity, London-based insurance market Lloyd's said in a fresh report.

The value of underinsured assets had shrunk by only 3 percent since 2012, it noted.

Many nations with the lowest levels of insurance were also among those most exposed to risks, including from climate change impacts, and were least able to fund recovery efforts, the study stressed.

"If insurance is not available, catastrophes can have a much greater impact on economies and lives, Lloyd's Chairman Bruce Carnegie-Brown said in a statement.

A matter of affordability

Insurance penetration rates (total insurance premiums as a percentage of GDP) are on average twice as high in rich countries as those in developing nations.

Bangladesh, India, Vietnam, the Philippines, Indonesia, Egypt and Nigeria all have an insurance penetration rate of less than 1 percent.

After a disaster, uninsured losses usually have to be paid from government funds, posing a problem for poorer countries that cannot afford to rebuild.

"Catastrophes coupled with underinsurance can be seen as one of the significant factors holding back economic development and perpetuating global inequality," the report concluded.

Last year was one of the costliest in terms of natural disasters in the past decade.

In a separate report, Lloyd's and the Centre for Global Disaster Protection outlined four innovative financial instruments that could generate cash to invest in resilient infrastructure and boost insurance coverage.