Reinsurance costs and IPCC data suggest a growing climate link to natural disasters, although natural variations may account for many of last year's costs. 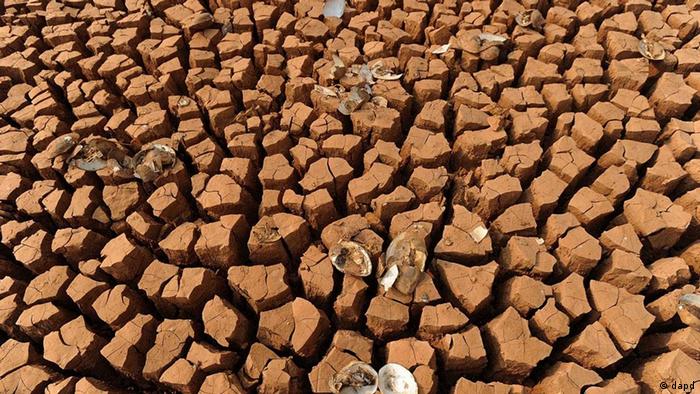 Climate change is likely to lead to further extremes, the IPCC reports

Recent data on the risks of natural disasters suggests a growing climate connection, yet pinning the blame definitively on global warming remains a risk in itself.

Natural disasters like last year's floods in Thailand or the earthquake in Japan cost the world economy $370 billion (278 billion euros) in 2011, the world's second-biggest reinsurer, Swiss Re, said last week.

It estimated that insured catastrophe losses doubled last year to $116 billion, somewhat more than the $105 billion estimated by the world's leading reinsurer, Munich Re, in January. The figures are the second highest for the industry to date - Hurricane Katrina helped contribute to record damages of $123 billion in 2005.

In its first report on the subject last week, the International Panel on Climate Change (IPCC) said climate-related disasters will almost certainly rise this century, despite gaps in knowledge.

Clash of the weather systems

Climate scientists think at least some of the extreme weather last year is due to two cyclical phenomena that play a major role in shaping global weather: the North Atlantic Oscillation (NAO) and the El Nino Southern Oscillation (ENSO).

The NAO occurs in the northern hemisphere as a result of pressure relationships between Iceland and the Azores. In the current "positive NAO," the region in the North Atlantic around the Azores is characterized by high pressure, with Iceland at the eye of a low-pressure zone.

In contrast to the previous year, when extremely cold air flowed from a high-pressure area in Siberia across Europe, the positive NAO last year brought warm, moist air from the Atlantic into Europe, which led to heavy storms. 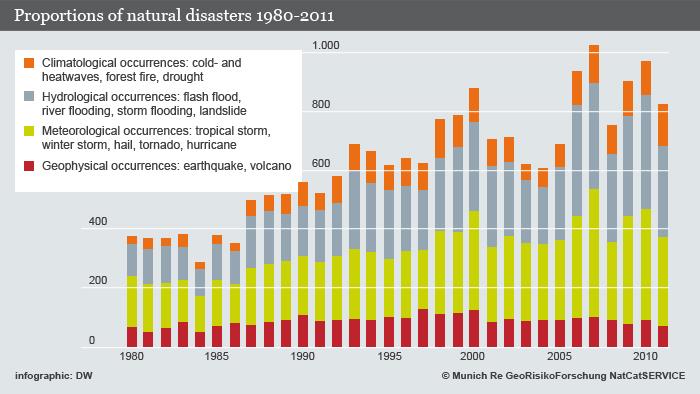 Statistics indicate that extreme weather is on the rise

What makes these weather phenomena interesting, said Andreas Becker, a precipitation climatologist at the German Weather Service, is how they can have opposite effects in different regions.

"La Nina lends a lot of moisture to tropical regions, but that doesn't mean that it's raining all over the world," Becker told DW. "There are indeed regions with too much rain, but also some with too little," he said.

Heavy rains caused massive flooding around the world last year - one of the biggest costs for reinsurers. Swiss Re reported that flooding in Australia and Thailand cost it $14 billion, including $12 billion alone for flood-related losses in Thailand - the highest ever insured losses from a single flooding event.

Meanwhile, Pakistan and China battled against a lack of water: annual precipitation along the Yangtze River amounted to less than half of usual, while Hong Kong received about 60 percent of the rain it was supposed to.

But other regions, including South Korea and Japan, were unusually wet. "Australia had its third-wettest year ever, and in Southeast Asia an extremely long and strong summer monsoon season led to massive flooding," Becker said.

Extremes were also present in the Americas last year. Areas in South and Central America experienced landslides after heavy rains. The northeast of the United States was also very wet, and in the southeast the Mississippi overflowed its banks. Meanwhile, Texas experienced a deep drought. 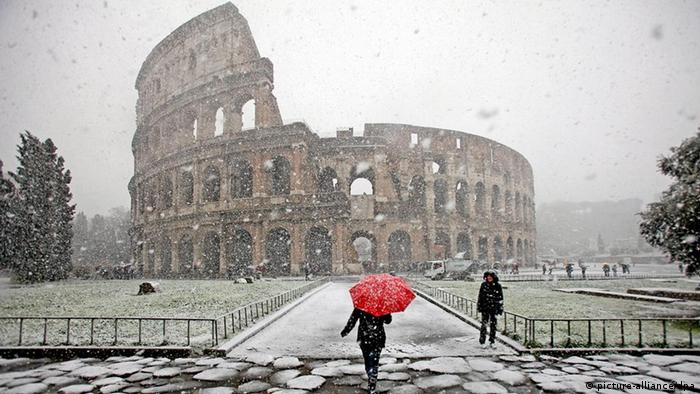 The positive NAO gave Norway and Scotland "their wettest years ever," Becker said. Yet Germany, Austria, Hungary and Slovakia had their "driest November since measurement began." Western Europe also had a very dry spring.

Becker said the cyclical weather phenomena of the positive NAO and La Nina caused the seemingly wild weather fluctuations of 2011, which makes it "difficult to ascribe such extreme weather events to climate change."

"La Nina and NAO can be perceived as mere natural variability," Becker said. Although climate scientists say climate change could also be affecting these natural cycles.

Peter Höppe, who heads the geo risks research department of Munich Re, is more forthright. He points to ocean temperatures around the Australian coast, which have reached record highs.

"It's been going up over the last 100 years, this was an absolute maximum," Höppe said. "And over the long term, this can only be explained by climate change," he added. 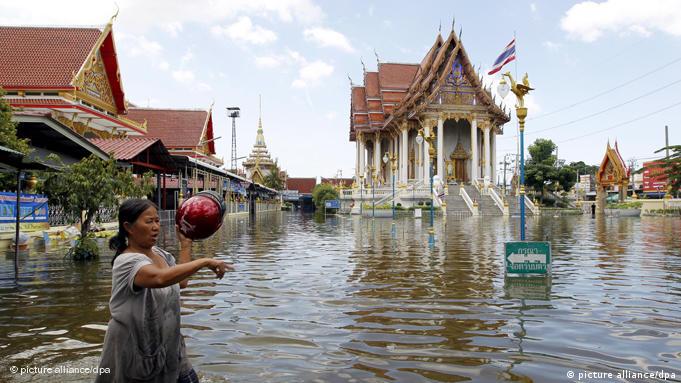 Data from Munich Re, which has been examining weather statistics since the 1970s, also suggests insurance damages due to extreme weather are increasing quicker than due to any other natural disaster, such as earthquakes.

In its report, Swiss Re noted that earthquake losses, including in Japan, comprised $49 billion of the $116 billion of total damages last year.

The insurance companies that reinsurers cover are paying more also in part because the population is both growing and becoming more prosperous. Humans are also settling in riskier zones, including along rivers and coasts.

"What would once have been a minor event is causing economic damage it wouldn't have before," Höppe explained.

Last week's 600-page IPCC report said weather once considered freakish could become the norm by the end of the century.

It's highly probable that record heatwaves could send mercury soaring more often and for longer periods of time, the IPCC reported. Intense rain is also likely to become more frequent, although this will vary according to region. New regions could also apparently be affected by drought.

All of this would cause more economic damage, the report noted. The document, which was also developed as a policy guide, makes recommendations for approaching the problem in terms of risk management.

It reflects a shift in focus from prevention to adaptation.

A study released by the Asian Development Bank says that the Asia-Pacific region is most affected by climate-induced migration and that governments need to act now to curb the impact of climate change. (19.03.2012)

Scientists have slashed their forecasts for Greenland's resilience to global warming. Its ice sheet could enter an irreversible spiral of melting at just 1.6 degrees of warming. (13.03.2012)