Different policy approaches and strategic issues divide Obama and Netanyahu | World| Breaking news and perspectives from around the globe | DW | 14.04.2010

The traditionally close relations between Israel and the US have turned sour under Barack Obama and Benjamin Netanyahu over the Middle East peace process. Israeli experts are divided whether Europe can help out. 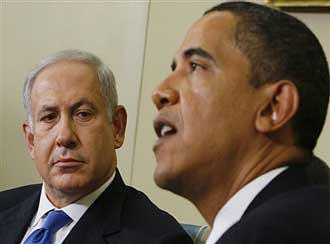 That the leadership combination wasn't exactly a match made in heaven for the special relationship between Israel and the US was evident right from the start.

On the one hand, there is an Israeli prime minister, generally considered a foreign policy hawk, whose leanings would place him squarely in the conservative wing of the US Republican Party. And on the other hand, there is a reformist president who won the election by promising a new approach to foreign policy that included talking to Iran and other pariah states.

While discontent between both sides had been growing for some time, it came to a head during US Vice President Joe Biden's trip to Israel in March. On the occasion of the visit, the Israeli government announced that it was constructing 1,600 new housing units in the disputed part of Jerusalem.

The move, whether deliberate or not, was generally viewed as a bruising humiliation for Biden who was not amused and reportedly told Netanyahu that Israel's actions endangered the security of US forces.

During his recent Washington trip, Prime Minister Netanyahu received the cold shoulder from the White House: no official press conference, not even the usual photo opportunity marked his two-day visit.

That whole string of negative public events begs the question whether US-Israeli ties have sustained serious damage under a leadership pair that appears to be so far apart that one might hail from Mars and the other from Venus. 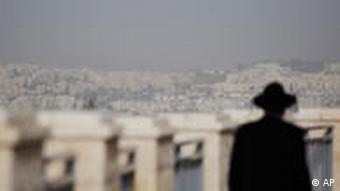 "It's a serious hiccup," Oded Eran, director of the Institute for National Security Studies at Tel Aviv University who served as Israeli ambassador to the EU from 2002 to 2007, told Deutsche Welle.

There have been strained relations between both countries before, during the first Reagan and the Bush senior administrations, he says.

"But this time, it's different. It's not only about the settlements. The settlements are the tip of the iceberg. The whole issue of the relations between Israel and the Arab side is at stake as well as the Iranian issue. And this is what makes it so different from the other cases."

Relations have definitely deteriorated because both sides made all kinds of mistakes, notes Shlomo Avineri, professor of political science at Hebrew University in Jerusalem.

"I think the Israeli government under Netanyahu underestimated the will of the Obama administration to move ahead to negotiations," he told Deutsche Welle.

Israelis, say the experts, are not sure the US has a clear plan for the Middle East peace process that goes beyond talks with the Palestinians.

Oded Eran believes the Israeli government should ask Washington some serious questions: Do you really believe that Palestinian leader Mahmud Abbas is capable, even if he is willing to negotiate, of delivering? And how are peace talks with the Palestinians linked to the question of how to deal with Iran, Syria, Hamas and Hezbollah?

Benjamin Netanyahu, argue the analysts, for his part must first address the immediate issue of his government's settlement policy and then make the strategic decision where he wants to take Israeli-Palestinian relations.

The question whether Europe can play a role in the peace proceess and thus help the US and Israel to overcome their differences divides the experts.

"Not really," says Avineri and adds: "I know that Europeans don't like to hear this, but there isn't much that they can do. Especially when it comes to foreign policy, despite the recent institutional changes, there isn't one clear European foreign policy on the Middle East." 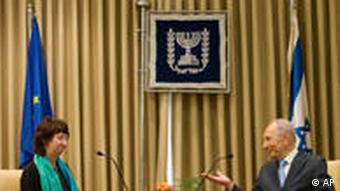 Oded Eran, Israel's former ambassador to the EU, disagrees: "Europe can play a major role on major issues. It can play a role in the context of creating the environment for cooperation for example on the whole economic spectrum. This shouldn't be underestimated."

He notes that the EU was put in charge of economic issues after the Madrid conference on the peace process in 1991.

"They did a fantastic job in bringing together all the four core Middle East participants the Palestinians, the Jordanians, the Egyptians, and the Israelis. I think it can be revived and revitalized."

Ultimately however, it will be up to Prime Minister Netanyahu and President Obama to end what has been described as the big chill between both governments. Otherwise, progress toward peace in the Middle East will be all but impossible.

German Foreign Minister Guido Westerwelle has called on the Israeli government to freeze its settlement program and support a two-state solution with the Palestinians. (23.03.2010)