The US denies reports the National Security Agency monitored German Chancellor Angela Merkel's mobile phone. But even if the suspicion proves false, she now seems likely to take the issue more seriously than before. 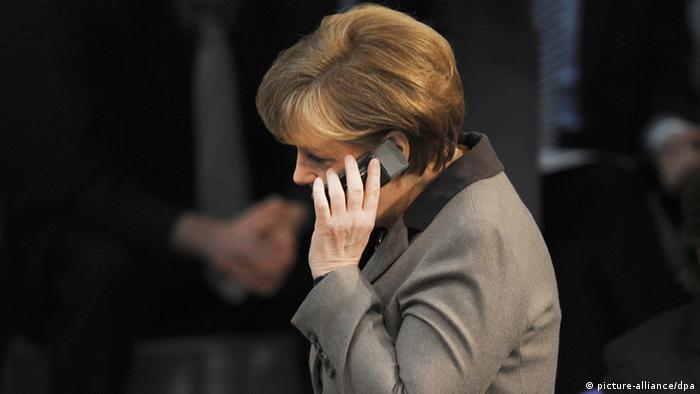 When US President Barack Obama visited Germany early in the summer, the National Security Agency (NSA) affair was still fresh. The scale of its worldwide data mining was revealed by Edward Snowden, a former employee of the agency.

The whistleblower, now living in exile in Russia, revealed to the world the methods that the NSA used to systematically spy on the Internet. As Snowden described it, Germany was a target of particular interest to the American snoops.

German Chancellor Angela Merkel responded cautiously to Snowden's revelations. At a joint press conference with Obama after his speech at the Brandenburg Gate on June 19, she described the Internet as "new territory." Her faux-naive statement earned Merkel a great deal of ridicule, not least on the net itself, where there are few boundaries.

The US president tried to reassure his host, and the German public, saying the "PRISM" program was intended to protect people and was based on principles of the rule of law. But the scandal was far from over.

'Balance' between freedom and security

Perhaps Obama already knew then that he would not be able to put the affair behind him so quickly. "We must accept the challenge that all of us in democratic governments face: to listen to the voices who disagree with us," he orated in Berlin, saying he was confident that it was possible to achieve a balance between the pursuit of security and freedom. 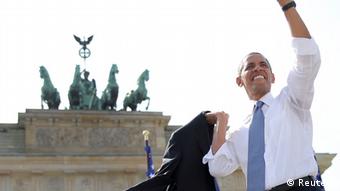 But now, this would seem unlikely when it comes to Angela Merkel, his most important political contact in Europe - because she, too, may have been a target of the NSA's eavesdropping. As a former East German citizen who grew up in a dictatorship, her distrust of the intelligence agencies is likely to grow.

In a statement, German government spokesman Steffen Seibert wrote about the potential fallout from this suspicion. On Wednesday, Merkel spoke to Obama on the telephone, making it clear "that should the information prove to be true, she unambiguously condemns such practices and regards them as totally unacceptable." There should be no such monitoring of government communications between close friends and partners, she said. This would be a serious breach of trust.

White House Press Secretary Jay Carney immediately dismissed the allegations in a written statement: "The president assured the chancellor that the United States is not monitoring and will not monitor the communications of the chancellor."

But it is hard to imagine that Angela Merkel would be satisfied with this explanation. Her mistrust of the NSA, after herself allegedly becoming its target, could be seen in an unusually direct statement issued after the news broke. It should be clear she no longer takes the matter lightly. 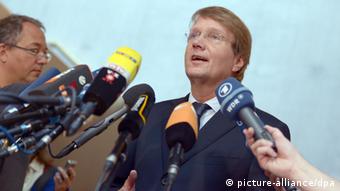 As more and more worrying details about the extent of the eavesdropping affair became known in July and August, Merkel called upon her chief of staff, Ronald Pofalla, who is responsible for coordinating the German intelligence agencies. In several special sessions of the parliamentary oversight board, he declared the affair to be over.

But the opposition Social Democratic, Green and Left parties weren't buying it. Even Merkel's coalition partners, the Free Democrats, who lost their seats in parliament in September, have expressed serious doubts over Pofalla's reassurances.

That was yesterday. Now even Merkel is urging concrete measures with regard to the United States. She expects clarification of the "total potential scope of such monitoring practices against Germany," as her spokesman's statement puts it. It seems the chancellor is finally running out of patience, with her demand that "a clear treaty basis for the activities of these agencies and their collaboration is expected."

Many members of the parliamentary oversight board will be wondering why this clear demand has only now been issued. The board itself requested one, three months ago. But at that time there was an election campaign underway in Germany and Angela Merkel's mobile phone had not yet been tapped. Or at least she didn't know it yet.

The NSA snooping scandal took an unexpected turn after German Chancellor Angela Merkel accused the US of listening in on her mobile phone. DW takes an in-depth look at the most recent data surveillance scandals. (23.10.2013)

French anger at American spy revelations is set to cast a shadow over talks on the future of Syria while French courts decide if they have enough information to launch legal proceedings against the NSA and FBI. (23.10.2013)