The fugitive billionaire at the center of a massive Indian banking scandal has been captured in London. Before the collapse of his empire, Nirav Modi's jewels were once worn by Hollywood stars such as Kate Winslet. 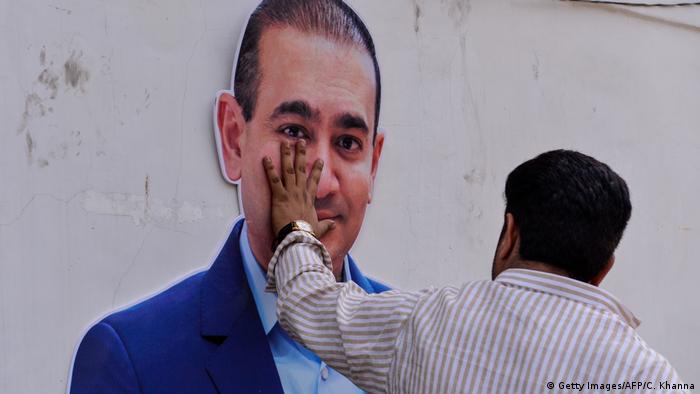 Indian billionaire jeweler Nirav Modi was denied bail after appearing in a London court on Wednesday.

British police arrested the 48-year-old at the request of Indian authorities, who want to extradite him to face trial over a $1.8-billion (€1.59-billion) loan fraud at state-run Punjab National Bank (PNB).

Modi, one of the main suspects in the case, who is not a relative of Prime Minister Narendra Modi, fled India in early 2018 before the scandal came to light. He denies wrongdoing and says the charges against him are politically motivated.

His arrest came as Prakash Javadekar, a minister in the Indian government, said all fugitives would have to come back and "return the looted money to the nation." 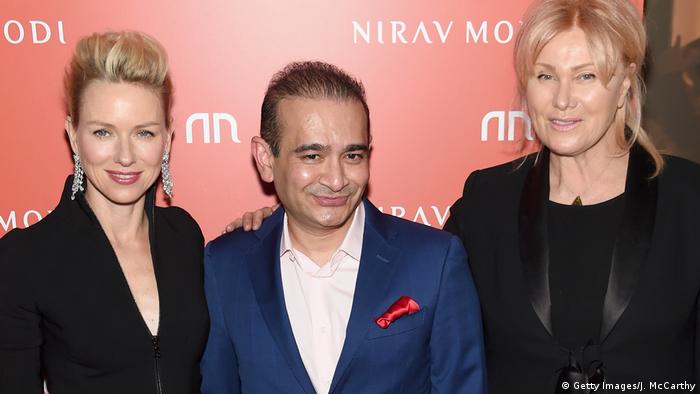 Naomi Watts and Deborra-Lee Furness flank Modi at the 2015 grand opening of his boutique in New York.

The son of a diamond merchant, Modi built an international empire and opened luxury jewelry stores in several major cities around the world. He also catered to a host of celebrity clients, including actresses Naomi Watts, Kate Winslet and Priyanka Chopra-Jonas.

In 2017, before the alleged fraud, Forbes put Modi's estimated wealth at $1.73 billion.

Indian authorities have since seized and destroyed his seafront mansion near Mumbai, worth an estimated $14 million. They have also been given the all-clear from judges to auction 68 paintings and 11 vehicles — including models by Rolls Royce, Porsche, and Mercedes — owned by him.

Interpol issued a warrant last year seeking Modi's arrest worldwide. British police took him into custody on Tuesday after discovering he had been staying in a luxury apartment in London's Centre Point tower.

The former liquor and aviation baron has been arrested in London on behalf of authorities in India, where he is wanted on charges of fraud and bank demands that he pay back more than a billion dollars in loans. (18.04.2017)