Diabetes on the rise in Nigeria

Nigerian hospitals are grappling with increasing cases of diabetes. The World Health Organization says millions of people in Africa now suffer from the non-communicable disease. Moses Abu, 45, says being diagnosed with type 2 diabetes has completely changed his life. The private security guard and resident of Lagos told DW that the bulk of his salary now goes into buying drugs and eating a special diet. "I can't have a saving to plan for the future of the family,"  Abu said. He complained that the cost of diabetes medication has skyrocketed. "If I didn't take the drugs for two weeks you would not recognize me again. I would look like someone who is approaching 60 or 70 years. We are just managing to pay school fees and house rent," Abu added.

Abu is one of the nearly five million Nigerians who suffer from diabetes – a condition which affects the body after the pancreas fails to produce enough insulin or when the body cannot effectively use the insulin produced. According to the World Health Organization (WHO), diabetes will become the seventh leading cause of death by 2030. 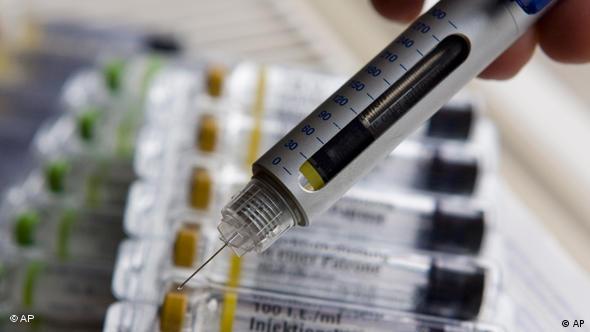 Like Abu, many of those who have diabetes are poor Nigerians whose income is hardly sufficient to meet the expense needed to manage the disease.  Dr. Adedoyin Ogunyemi, a public health physician, blames changing lifestyles, especially poor nutrition, as among the key factors responsible for the high rate of diabetes in Nigeria.

"The fact is that we are becoming more and more westernized," Ogunyemi told DW. "Previously, when we talked about diet, we probably cooked from scratch. But because of the fast life we are living nowadays, most people tend to go for fast foods and things that are very high in refined sugar," Ogunyemi said.

"Rather than taking the fruits, the vegetables, the fibers, we are going for refined sugar, for fast foods and things that become sugar very quickly in the body." These refined sugar products make people more predisposed to diabetes, the Lagos-based doctor said. Africa's economic boom has also meant more cars and motor bikes on the streets leading to sedentary lifestyles as people walk less than they used to.

One does not need to go too far to see how much Nigerians love eating sweet things. The busy streets of Lagos are filled with popcorn vendors. One thing that is noticeable is the quantity of sugar in the popcorn. People queue up to buy the popcorn primarily because it is very sweet. A popcorn seller who chose to remain anonymous says it is difficult for his customers to resist hot popcorn steaming with sugar. 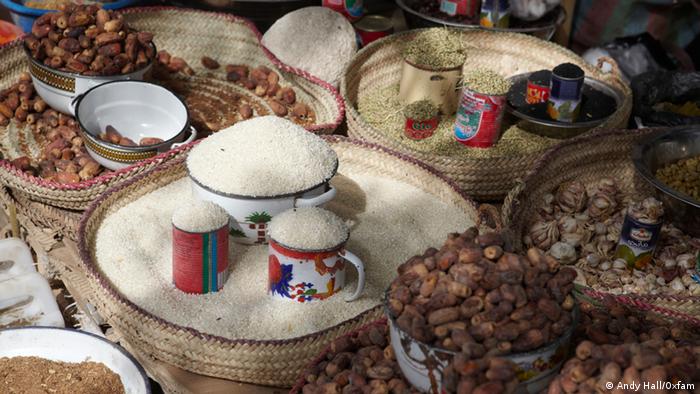 Like Nigerians, many Africans have abandoned traditional food for fast food leading to an increase in diabetes

Mayowa Adebola, a resident of Lagos, agrees with the vendor. "I just like sweet things generally. Sweet soda, chocolate, sweets, cookies. That is the reason I don't drink alcohol because most beers are not sweet," Adebola said. "I find it difficult to consume things that are not sweet. My body's system does not accept it."

The increasing number of people suffering from diabetes is potentially dangerous for Nigeria and many other African countries where hospitals have to deal with other communicable illnesses such as Tuberculosis, HIV and Malaria. According to the WHO, the number of people with diabetes in Africa has jumped from 4 million in 1980 to 25 million in 2014. The disease was responsible for more than 320,000 deaths in 2015.

The International Diabetes Federation (IDF) says Africa has the highest percentage of undiagnosed people at almost 68 percent. These people face a higher risk of developing serious and costly complications if diabetes remains undetected.

Sam Olukoya in Lagos contributed to this article

A new report on the status of health worldwide says people are living longer lives. But pollution, smoking, cancer, diabetes and high blood pressure are emerging as the new roadblocks to a good life. (07.10.2016)

Vitamins – how important are they for us?

Dr. Andreas Pfeiffer is the head of Clinical Nutrition at the German Institute of Human Nutrition (DIfE) and director of the endocrinology, diabetes and nutritional medicine department at the Charité in Berlin. (29.09.2016)