In an interview with Germany's biggest newspaper, Reinhard Grindel has said he wished he had stood by Mesut Özil in the face of racial abuse. The DFB president also called for changes in Die Mannschaft. 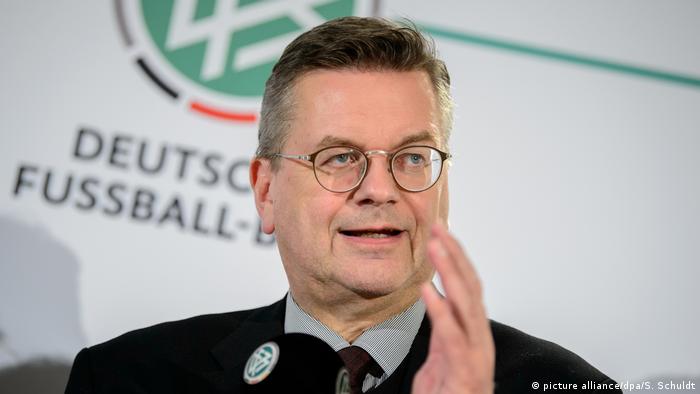 In an interview with Bild, DFB President Reinhard Grindel reiterated his desire to have handled the situation with Mesut Özil differently, saying he thought intensively about it.

"Regarding the racist attacks, I could have taken a clearer position at some points and stood by Mesut Özil," Grindel said. "I should have been clear with my words. Such attacks are completely unacceptable. I regret that he felt deserted by the DFB. It is important to say though, that I said nothing about his sporting performance after the World Cup. For me, it was obvious that we win together and lose together. To make an individual player responsible for our exit would be absurd."

Özil specifically called out Grindel in his statement though, saying the president blamed him for the team's bad performances in Russia. "That is not right. I was talking about a different point," Grindel told Bild. "After the photos with President Erdogan, Ilkay Gündogan clearly and understandably made a statement. I would have liked the same from Özil, because I know from conversations with fans that they too had questions on the matter. That must not be misinterpreted as criticism of his sporting performance. I would have liked such an explanation even if we ended up winning the World Cup." 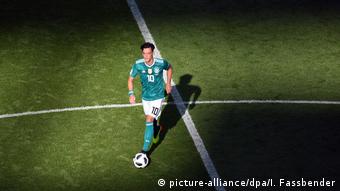 Asked about Özil's accusations, Grindel said it "wasn't about his feelings" but instead about not discrediting the integration work being done by the DFB.

Germany head coach Joachim Löw will give his long-awaited analysis of the World Cup disaster on August 29. Grindel revealed in the interview that he told Löw that change is needed.

"I've told the head coach that, from my perspective, extensive changes are needed. In that sense, I mean less in a personnel sense and more in the kind of performance sense: more commitment, more willingness to give everything."

Grindel also called for the relationship with Germany fans to improve, saying "more open training sessions, lower ticket prices" would help. "I realize that the term 'Die Mannschaft' has come across somewhat contrived. That is also something we need to put under scrutiny," Grindel told Bild, repeating the sentiment from earlier this month when called for a "new start."

Calls for structural change also came from Matthias Sammer in Dresden earlier this summer. Grindel talked in the interview about the expected arrivals of a new sporting director and a head for the new German academy. Grindel said he believes this will relieve some of the pressure on national team manager Oliver Bierhoff. Concerning his own position though, Grindel said he fully expects to be in charge until the next FA presidential election.

While quick to deny Karl-Heinz Rummenigge's suggestion that the DFB was being directed by amateurs, Grindel did say more sporting competence and communication between the national team and German clubs and the league was something the DFB wanted.