Fragments of speech and ethereal sounds reach the ears of passers-by in Bonn's government district: It's an installation developed by Norwegian artist Maia Urstad out of over 60 years of broadcasting activity. 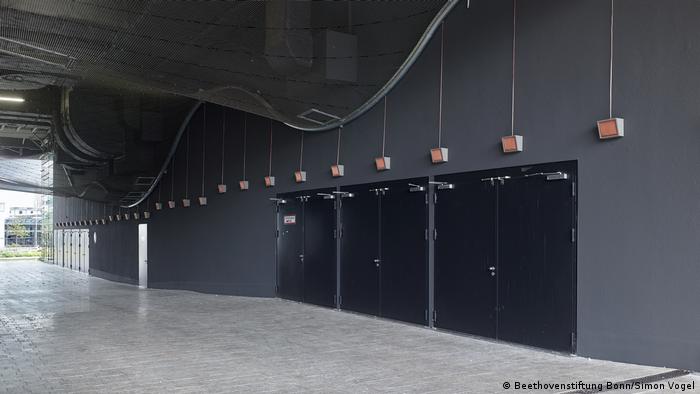 The walk from the Heussallee subway station to the Marriott Hotel goes through a pedestrian passage between the GOP Varieté Theater and the World Conference Center Bonn. The "Welckerpassage" is a broad and gently curved, slightly descending walkway covered by a wave-formed, grid metal roof. Along with street noise, the pedestrian gradually takes in subliminal sounds: a deep hum, crackling, ethereal sounds or the sounds one used to hear searching for broadcasters on an old radio set.

Then one hears — are they voices? Or just the sound structure, the melody and rhythm of language with the content filtered out? It grows more tangible: yes, those are human voices — and in 31 languages — communication, the product of a worldwide broadcaster, aesthetically transformed. 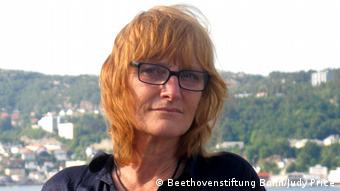 In the flood of sounds

"Some 2,500 creative people work there, but the local public hardly sees or hears the results," says Carsten Seiffarth, artistic director of "bonn hoeren" (Hearing Bonn), a project of the Beethoven Foundation for Art and Culture in Bonn. "So this way, in collaboration with DW, we can convey the interesting history of the worldwide broadcaster since the year it was founded, 1953."

The project has been selecting different renowned artists for sound installations in the city since 2010. This year, Norwegian artist, musician and performer Maia Urstad was selected as 2017's "city sound artist Bonn."

"As far as I know, this is the first time that Deutsche Welle has been the subject and the inspiration for a work of art," said Klaudia Prevezanos, deputy director of DW's Culture online department. "We are also rather proud that Maia Urstad chose DW."

Creating the "time tone passageways" began with weeks of filing through the digitized files of DW's audio archive, proceeding "quite randomly" so as not to drown in the flood of sounds. Urstad then processed and mixed the materials in a 40-channel production on site. 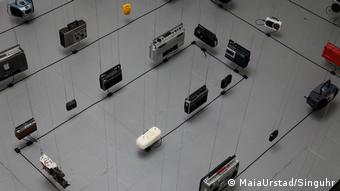 Fragments of speech and moments of relaxation

In the final result, language and sounds blend in unobtrusively with the natural sounds of street traffic. In surround sound, atmospheric elements emanate from the roof, while language emits from one side and crackling from the other.

Sometimes fragmentary sentences hurl about in a vortex; sometimes strongly distorted, sensual moments prevail. The sound distortion can be quite extensive: the beeps of the seconds leading up to the hour, for example, morph into drawn-out drones.

Those visitors who pass by every day will meet new sound elements every time, as it changes depending on the time of day and the listener's precise location and attention span.

The installation does have a structure, however. The 30 languages in DW's current multimedia services are all represented, plus an additional one: Norwegian, the artist's native tongue.

At the top of the hour, the first loudspeaker plays the very first DW radio broadcast, in German, from 1953. The installation follows the broadcaster's history over the years: the sixth language to join the lineup, Arabic, emerges from the sixth loudspeaker. The multiplicity of speech eventually recalls what it must have sounded like on the Tower of Babel. 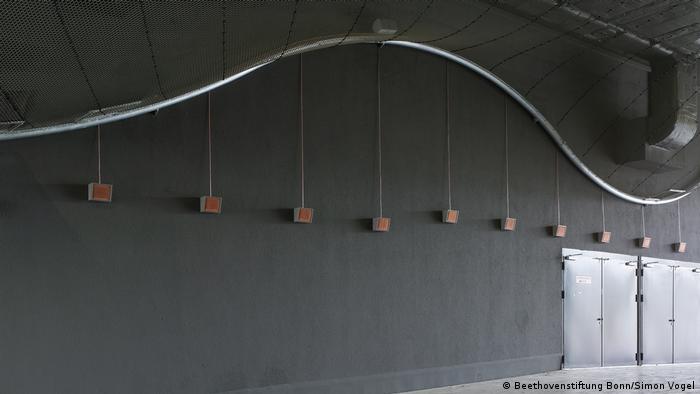 When filing through the radio archive material, Maia Urstad noticed differences in studio acoustics. Initially "quite resonant rooms" were supplanted in the 1970s by a "quite flat sound," she said. She also noticed that in the early years, it was mostly male voices that conveyed the DW message to the world, and that they spoke noticeably slower than today.

Issues of technological progress and change are part of Maia Urstad's aesthetics. Nowadays, on-demand audio and video and of information bubbles and feeds are delivered to users through algorithms reflecting their specific interests; her "time tone passages" recall an earlier day and age of shortwave radio from Deutsche Welle and other worldwide broadcasters.

Deutsche Welle to be reflected in new sound installation

Deutsche Welle's Bonn headquarters have a long history of creating radio in 30 languages from around the world. For the city's newly appointed sound artist, Norwegian Maia Urstad, the broadcaster is a playground. (28.03.2017)

Documenta cancels 'Auschwitz on the Beach' performance after hefty criticism

Critics claimed the "Auschwitz on the Beach" performance planned at Germany's premiere art show relativized the Holocaust by comparing it with the refugee crisis. The Documenta now wants to open up discussion. (22.08.2017)

Igor Levit is young, in demand and gave three performances at this year's Beethovenfest in Bonn. And he spoke with DW after a recital at the city's Church of the Holy Cross. (02.10.2017)