Deutsche Telekom struggles to disconnect in US | Business | Economy and finance news from a German perspective | DW | 05.09.2011

Deutsche Telekom struggles to disconnect in US

There is no simple solution to Deutsche Telekom's problems in the United States. The company's exit strategy suffered a major setback when the justice officials challenged its plan to sell T-Mobile USA to AT&T last week. 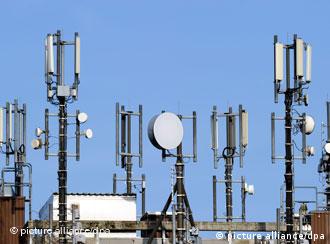 Deutsche Telekom wants to get out of the crowded US market

What now? Deutsche Telekom is sitting on some pricey cell phone assets in the United States that it would like to sell but can't - at least not yet.

Even if the Bonn-based company does strike an alternative deal that is acceptable to US justice authorities, it is unlikely to receive anywhere near the $39 billion (27.5 billion euros) AT&T was willing to pay for T-Mobile USA.

Earlier this year, Obermann decided it was time to stop pouring millions of dollars into the group's US cell phone operations and focus instead on strengthening its position in European markets, particularly its home turf in Germany.

He struck a deal with AT&T, which saw an acquisition of T-Mobile USA as a quick way of expanding its customer base, geographical footprint and spectrum for next-generation wireless technologies.

But concerned antitrust officials in the US drove a sharp wedge in those plans last week. 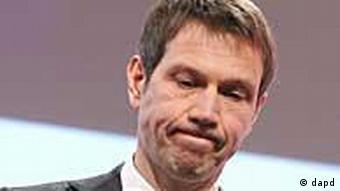 In a civil antitrust lawsuit filed on Wednesday, the US Justice Department argued that the merger would stifle competition in the wireless industry, leading to higher prices, less innovation and fewer choices for consumers.

AT&T Mobile is America's second biggest wireless carrier after Verizon Wireless. The third major player is Sprint Nextel, followed by T-Mobile USA. Between them, these four companies control more than 90 percent of the market.

Too big to sell?

A merger between AT&T and T-Mobile USA, the Justice Department and numerous industry experts maintain, would pose an anticompetitive threat, giving the US operator more than 40 percent of the market and taking out an innovative rival.

Telekom's American subsidiary has competed not only by offering lower prices but also by taking plenty of risks that have brought US consumers new products, including its introduction of the first smartphone based on Google's Android operation system.

"We knew this would be a sticky, long process and expected tough negotiations but the news of the decision really surprised us," a Deutsche Telekom spokesman told Deutsche Welle. "There was no sign of it coming."

The spokesman declined, however, to comment on what concessions the German operator is prepared to make - for legal reasons.

Unfortunately for Deutsche Telekom, many industry analysts don't share the German operator's optimism, and believe the US watchdog's decision is final and Deutsche Telekom should pursue alternatives.

"The Obama Administration has pledged tougher antitrust action and that is what it's doing here," said German telecoms expert Torsten Gerpott, a professor at the Mercator School of Management at the University of Duisburg Essen. "This is a political decision, not an economic one."

Gerpott believes that if Deutsche Telekom isn't willing to invest billions in upgrading its US operations to the new 4G wireless technology – and the information flowing from Bonn suggests it isn't – then it needs to sell those operations, the sooner, the better.

With every day that passes, T-Mobile USA is hemorrhaging customers, some of them unsettled by the merger talks and concerned about the wireless carrier's future, and others simply in search of better deals.

Obermann is in a tight spot. If he can't sell T-Mobile USA to AT&T because – as the Justice Department argues - he would be taking one of the Big Four operators out of the market, then logically he can also expect opposition to a similar deal with Sprint, which has also been touted as a possible partner.

The only other selling options are to negotiate with one of the smaller wireless players like TracFone or US Cellular or some cable or satellite TV companies eager to diversify, and receive only half as much as it would from the AT&T deal. That would hurt.

Or Obermann could walk away from the US operations and write them off completely. That would really hurt. 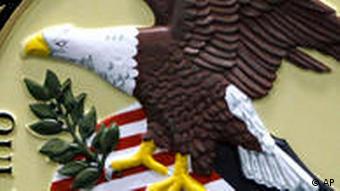 Some analysts argue Deutsche Telekom needs to take what it can and move on because the competition in Europe isn't sleeping.

"Europe is a fast-changing market, and it's more important than ever for operators to evolve their business here," said Peter Cunningham, an analyst with Canalys in London.

"Apple and Google have become increasingly strong players, and if they win plenty of customer relationships as they hope to do, operators face becoming 'dump pipes'" – an industry term that describes companies that offer infrastructure, such as fiber optic networks, but fail to cash in on the profitable services that run over them.

Emma Mohr-McClune, a wireless specialist with Current Analysis, agrees. "Deutsche Telekom needs to focus on Germany and its other Eastern European operations," she told Deutsche Welle. "And it wants to."

The question now is: how?

US moves to block takeover of T-Mobile USA

A deal which would see Deutsche Telekom get out of the US mobile phone market could be about to collapse. US authorities are attempting to block a takeover by AT&T, arguing it could hurt competition. (31.08.2011)

The CEO of the German company Telekom has been taken to task for his alleged overuse of Anglicisms in advertising. Nearly 5,000 people voted to give him a title as this year's Enemy No. 1 of the German language. (28.08.2011)

Deutsche Telekom reportedly has a glut of upper-level managers. Their jobs are now at risk, in part because the company's mobile phone operations in the United States are being sold to AT&T. (02.08.2011)

Bye-bye T-Mobile USA, bye-bye 'global player' strategy: Deutsche Telekom plans to offload its troubled US business unit to AT&T so it can focus on its European operations, starting with its home market. (21.03.2011)