Deutsche Telekom reportedly has a glut of upper-level managers. Their jobs are now at risk, in part because the company's mobile phone operations in the United States are being sold to AT&T. 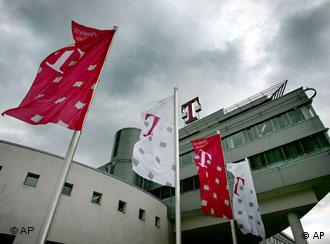 Deutsche Telekom is cutting in an unusual place - the top

Deutsche Telekom is planning to significantly reduce the size of its upper management staff by cutting up to 1,600 jobs at its 4,000-person headquarters in Bonn.

A company spokesman confirmed the layoffs, saying much of the workforce reduction would take place through early retirement and buyout arrangements, as well as a freeze on open positions. He added that the cuts - expected to progress over three years - are not necessarily limited to upper management.

The German newspaper Handelsblatt reported Monday that managers in divisions including human resources and finance would likely be affected, adding that high-level severance packages were expected to cost between 200,000 and 250,000 euros per person.

The cuts are part of a Deutsche Telekom austerity program called "Save for Service," which was introduced in 2007 and has thus far saved the company 8.3 billion euros ($11.9 billion), according to media reports. The program is slated to continue through 2015. 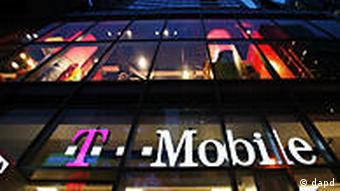 Deutsche Telekom is looking to become leaner as it moves closer to completing the sale of its troubled T-Mobile USA cell phone unit, which is currently headquartered in Bonn, to AT&T. The $39 billion deal must still pass antitrust hurdles, and will see Telekom's turnover fall by one quarter if it succeeds.

German telecommunications giant Deutsche Telekom is struggling to make money from its international operations. Sluggish sales in many of its foreign markets pulled down the operator's first-quarter results. (06.05.2011)

Bye-bye T-Mobile USA, bye-bye 'global player' strategy: Deutsche Telekom plans to offload its troubled US business unit to AT&T so it can focus on its European operations, starting with its home market. (21.03.2011)