Top management under renewed scrutiny as Telekom spying trial begins | Germany| News and in-depth reporting from Berlin and beyond | DW | 03.09.2010

One of Germany's most shocking data protection scandals went to trial Friday in Bonn. The key defendant has accused top management of knowing about the spying. 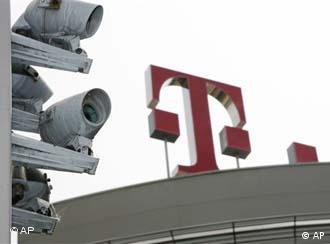 The defendants claim top management knew about the spying

The trial against the former security chief of Deutsche Telekom and two of his colleagues began Friday in Bonn.

Klaus T. and his colleagues are accused of spying on members of Telekom's supervisory board and journalists. A fourth accused, the manager of a Berlin computer company, will be tried separately due to illness.

The prosecution alleges that for almost two years in 2005 and 2006 the defendants spied on dozens of supervisory board members, journalists and trade unionists. ´Klaus T., the key defendant, is accused of obtaining the telephone records and passing them on to a specialized Berlin company for analysis.

By doing this, the defendants violated the Federal Privacy Act, said the prosecutor Ulrich Kleuser. Klaus T. is also accused of several counts of fraud and embezzlement.

Klaus T. said he "deeply regretted the invasion of privacy" of those affected, and admitted it was "a very big mistake, which he certainly wouldn't do again."

He stressed, though, that he had done nothing "to harm anyone," instead wanting to limit damages to Deutsche Telekom. He denied the accusations of fraud and embezzlement.

Spying to find a security leak 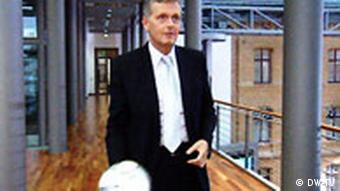 Klaus T. said he began the spying operation in response to a breach of security. In 2005 the management at Deutsche Telekom was fervently searching for an insider who had revealed an internal matter to the media.

Klaus T. explained on Friday there was a suspicion "that a member of the supervisory board had leaked confidential information to the press that had severely damaged the company." He said the former chief executive, Kai-Uwe Ricke, gave him the task of finding the informant.

In response, Klaus T. admitted he had independently arranged spying on around 50 journalists and trade unionists. In a statement given by his lawyer he said the telephone call records "were exploited on his authority." This contradicted earlier claims that the illegal spying was initiated and arranged by the Telekom top management.

Klaus T. claimed, however, that top management knew about the collection of the data at the latest from September 2005 and there were no objections. He said management "had never questioned" the legitimacy of his actions and could have stopped him from acting illegally.

The prosecution service in Bonn withdrew its investigation of Ricke and the former head of Telekom's supervisory board, Klaus Zumwinkel, earlier this year. Both managers had been suspected of organizing the spying activity, but there was not enough evidence to take them to court.

The state prosecutor, Ulrich Kleuser, announced today that they would look into this new information and that there could be judicial consequences for Ricke, pending further investigations.

Authorities have taken a suspect into custody on charges of fraud, embezzlement and authorizing payments for business that violates company policy in connection with a surveillance scandal at Deutsche Telekom. (18.12.2008)

The German interior minister has come under attack for failing to take a tough line against Deutsche Telekom for its breaches of data laws. Calls are growing for controls on the industry to be tightened up. (02.06.2008)