According to the business daily Handelsblatt, Europe's biggest bank is expecting a huge fine over its involvement in the Libor rate-rigging scandal. The news comes as the first arrests appear to be imminent. 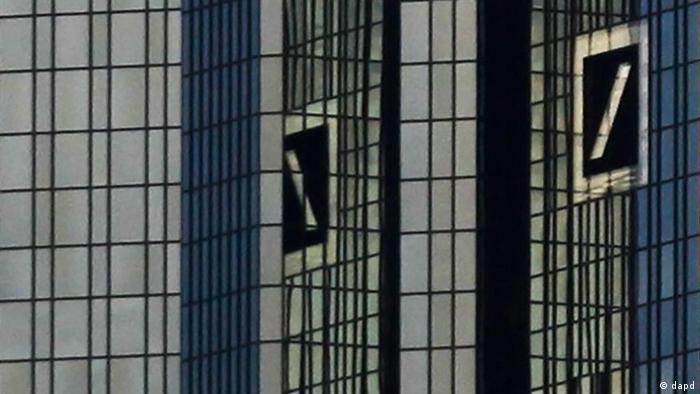 Deutsche Bank's management and supervisory board were discussing provisions of between $300 million (247 million euros) and $1 billion, according to Handelsblatt, which quoted sources in the sector.

The capital would be set aside for a projected heavy fine for manipulations of the London Interbank Offered Rate (Libor), the business daily reported, and is expected to weigh considerably on Deutsche Bank figures for the first half of 2012, to be published July 31.

According to an analysis of the rate-fixing scandal by Morgan Stanley, Europe's biggest bank could face a fine of about $1.04 billion.

BaFin, the German financial market supervisor, has launched a special investigation into Deutsche Bank, which is the only German bank so far incriminated in the scandal.

BaFin chief Elke König urged banks involved in the scandal to make "provisions for anticipated losses," and said the magnitude of the manipulations has rendered her speechless.

Libor is used as an interest benchmark throughout the world, affecting what banks, businesses and individuals pay to borrow money.

Meanwhile, the Reuters news agency has reported that US prosecutors and EU regulators are close to arresting individual traders and charging them with colluding to manipulate the Libor.

US prosecutors have recently contacted the lawyers for some of the suspects to notify them that criminal charges and arrests are imminent, the news agency reported, quoting sources familiar with the investigation.