Is a tax on people working from home justified? | Business | Economy and finance news from a German perspective | DW | 18.11.2020

Is a tax on people working from home justified?

When economists at Deutsche Bank Research proposed a special tax on the income of people working from home, they either deliberately provoked or didn't expect the criticism their idea would trigger in Germany. 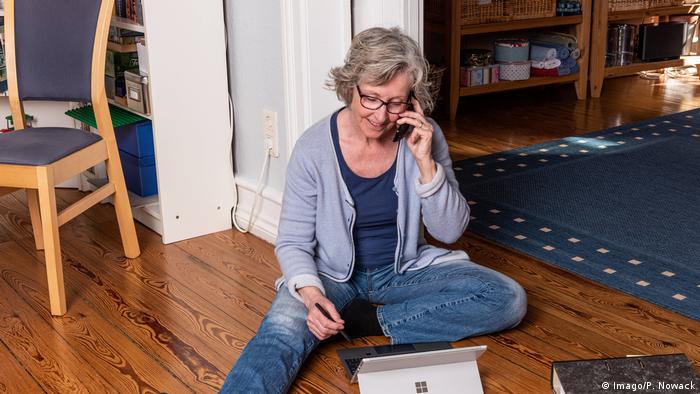 Almost a week has passed since economists at Deutsche Bank Research floated the idea of imposing a 5% tax on the gross earnings of people working from home. The suggestion was made on the assumption that those affected would enjoy a better deal staying at home while allegedly not giving back enough to the economy.

"A big chunk of people have disconnected themselves from the face-to-face world yet are still leading a full economic life," Deutsche Bank strategist Luke Templeman wrote in a note. "That means remote workers are contributing less to the infrastructure of the economy while still receiving its benefits," he argued. The report reasoned the average employee working from home did not spend anything on transport infrastructure by not having to commute and did not buy lunch on-the-go. It also cited "fewer purchases of work clothing."

"For years, we have needed a tax on remote workers — COVID has just made it obvious," Templeman said, emphasizing, though, that the tax must not be levied during the current pandemic when people are forced, or highly recommended, to stay home. Rather, it should be considered by policymakers after the end of the COVID-19 threat when working from home could still be the new normal, the strategist added.

Marko Frohne, a German insurance broker from the state of Brandenburg, often gets to work from home. He says he doesn't have the feeling he's contributing less to the economy. "I can work more efficiently from home," he told DW. While in the office, there's a lot of talking going on with colleagues, taking away precious time; you don't experience this at home and get more done for your company in the same period." 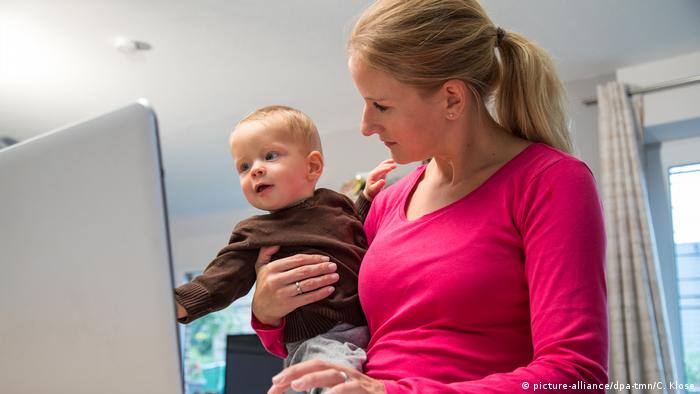 Combining job and childcare at home is quite a challenge

Public sector employee Vicky Schubel has seen a lot of days working from home ever since the coronavirus hit the country. "That's been good for my work-life balance, she says, adding that "it's also more efficient to work from home, I feel. There are fewer disturbing factors so you can really stay focused on your tasks."

The Deutsche Bank researchers figure that a 5% income tax per day spent working from home could raise some €20 billion ($23.7 billion) in Germany and $49 billion in the US. The economists' idea is to use the money for subsidizing lower-paid workers who they say normally can't do their jobs from home.

"If you want to redistribute income, you should do this strictly on the basis of people's economic performance," Jan Schnellenbach, a leading economist from the Brandenburg University of Technology in Cottbus, told DW. "Whether someone works from home or not is no meaningful indicator of the person's productivity at all."

In addition, such a tax would trigger some legal issues, adds Sebastian Dullien, director of the Macroeconomic Policy Institute at Germany's Hans Böckler Foundation, which is associated with Germany's umbrella trade union association.

"A higher income tax on people working from home would run counter to almost every fundamental principle of tax legislation in this country and would hardly be considered as a just move by a lot of people," he told DW. "Moreover, people who work from home don't strain the public and corporate infrastructure, and taxing this would be absurd." 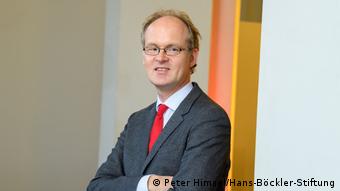 That's a thought that Jan Schnellenbach echoes in his assessment of the tax proposal:

"Let's not ignore the negative factors that are evident when people go to work every day," he said. "People who commute either cause CO2 emissions if they drive in by car, or they clog public transport — hence it would not be reasonable or efficient to financially punish those working from home for leaving a smaller ecological footprint."

"And while it's true that they don't have any commuting costs," he continued, "they have higher costs at home for, say, heating, electricity, printing paper and other office materials." Insurance broker Marko Frohne agrees and concludes: "Such a tax wouldn't make any sense to me," he said. "Of course I save on fuel, that's true, but then I incur other costs such as higher electricity costs."

His view is supported by public sector employee Vicky Schubel. "A higher tax on my income just because I work from home would not be fair," she argued. "You save a bit on travel costs, but let's not forget about the extra costs I have at home caused by higher electricity, water and heating consumption, for instance."

The chances of such a tax becoming a reality in Germany anytime soon seem slim in the current political environment. The coalition government has been looking for ways of supporting remote workers. Labor Minister Hubertus Heil even suggested introducing a legal right to at least 24 days a year of working from home for full-time employees.

He dropped his proposal a couple of days ago because of a lack of support from Chancellor Angela Merkel's conservative Christian Democrats for such a far-reaching measure, yet the latter are also in favor of enabling remote workers to set off more of their costs against tax in the future.

A study by the Leibniz Centre for European Economic Research (ZEW) indicates that remote workers have had no small share in improving a lot of companies' digital infrastructure. Overall, many firms are now better positioned to meet future challenges and are taking steps they most likely wouldn't have taken so quickly, if at all, without the general shift to working from home.

This alone makes many economists doubt whether the Deutsche Bank Research report's claim that remote workers contribute less to the economy — directly or indirectly — can really be upheld.