Germany's largest lender, Deutsche Bank, is dropping out of the STOXX Europe 50 index of leading European companies by market capitalization. The bank has seen a dramatic fall in its share price of late. 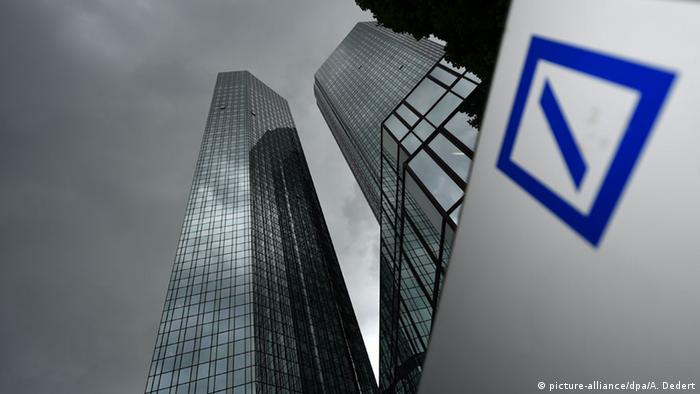 Two of Europe's largest lenders, Deutsche Bank and Credit Suisse, will be forced to leave the STOXX index of the Continent's top 50 blue-chip companies as of August 8, following a drastic decline in both banks' share value.

For Deutsche Bank, it'll be the first time since 1998 that it'll not be a member of the prestigious index.

The decision by STOXX, which manages Europe's top benchmark stock indexes, was announced on Tuesday after Deutsche Bank had lost almost 90 percent of the stock value it had during its 2007 peak, with Credit Suisse also shedding about half of its former share value.

Thin capital base a headache

Alongside others, the two lenders have been grappling with deteriorating profits, slumping investment earnings on the back of collapsing yields and higher regulatory costs.

Deutsche Bank is still in the middle of a huge restructuring effort with its new CEO John Cryan at the helm.

A recent health check by the European Banking Authority (EBA) saw Germany's biggest bank among the 10 out of 51 European lenders worst suited to weather another financial crisis. Officials pointed to what they viewed as the bank's insufficient capital base, with the lender still reeling from huge litigation costs.

Credit Suisse and Deutsche Bank will be replaced in the STOXX Europe 50 by technology firm ASML Holding and building company Vinci.

What EBA's bank stress-testing is for

The results of a new round of "stress tests" of Europe's biggest banks will be released Friday by the European Banking Authority. We examine the point of the exercise and take a look at the most vulnerable lenders. (28.07.2016)