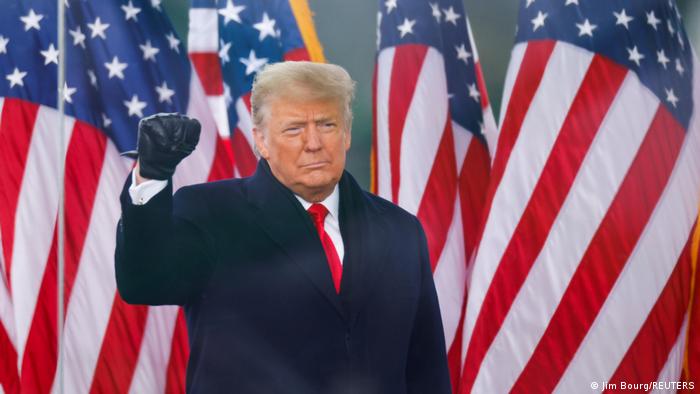 US media reports say Deutsche Bank executives are uneasy about the negative publicity surrounding the US president after his fradulent claims that the election was stolen.

Deutsche Bank will refuse to do business with President Donald Trump or his companies after his supporters' deadly Jan. 6 assault on the US Capitol, media reports said on Monday.

The New York Times and the Bloomberg news agency, citing company sources, said the German lender had ruled out any future ties with the billionaire real estate mogul once he leaves office.

The president's umbrella company, the Trump Organization, owes the Frankfurt-based institution about $340 million (€280 million) in loans.

Neither Deutsche Bank nor the White House has commented on the reports. 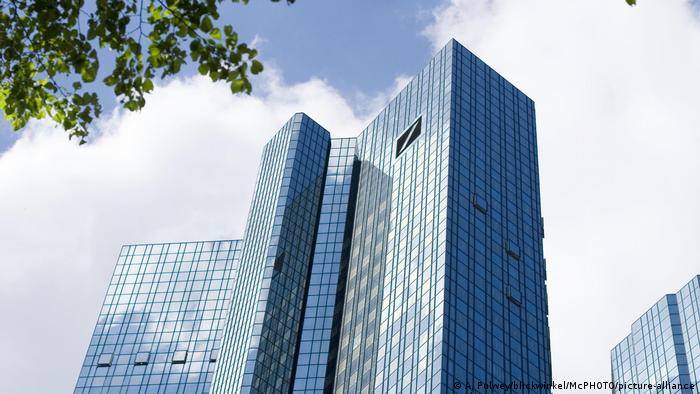 Trump has been a longtime client of the Frankfurt-based lender

Christiana Riley, the head of the bank's US operations, took to professional networking site LinkedIn last week to condemn the violence.

"We are proud of our Constitution and stand by those who seek to uphold it to ensure that the will of the people is upheld and a peaceful transition of power takes place," she wrote.

Trump’s longtime banker at Deutsche Bank resigned last month. Rosemary Vrablic, who worked in the private banking division, helped arrange hundreds of millions of dollars of loans to Trump’s company over a number of years.

That relationship subjected the lender to pressure from lawmakers and prosecutors for information during Trump's presidency.

The reports follow similar decisions by other companies to cut ties with the president after he encouraged attendees at a rally to march on the Capitol.

Facebook and Twitter have banned Trump from their platforms, while the Professional Golfers' Association of America has stripped one of his New Jersey courses of the right to host its 2022 tournament.

The march turned violent last week when Trump's supporters stormed the Capitol Building and interrupted the certification of the electoral college vote. At least five people died in the unrest and its immediate aftermath.