A tour of the cultural treasures of the eastern German state of Saxony kicks off DW's multimedia series "Destination Culture" on November 6. 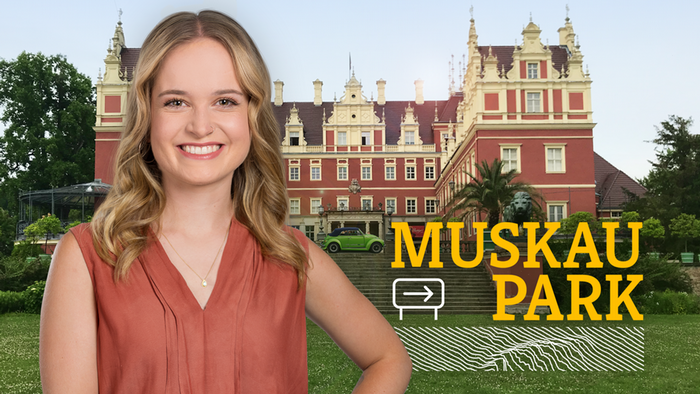 Finally people can travel again, happy to hit the road after the coronavirus travel restrictions. Join DW to discover destinations in Germany that are well worth a visit.

"Hi, I'm on the road near Dresden. I'm driving my little green Beetle to places that I expect to be quite romantic," says Hannah Hummel, inviting the reader to join her when she explores the eastern state of Saxony, officially called the Free State of Saxony. The German-Scottish presenter feels really comfortable behind the steering wheel of her Beetle, which takes her to cultural and scenic attractions.

First she heads for Moritzburg Castle. A magnificent building from the Baroque period, it was not completed until the 18th century under Augustus the Strong. From there, the route continues to Radebeul and its vineyards. Karl May, a German writer famous for his novels set in the American Wild West, was born in the town, and his ancestral home is now a museum. These destinations kick off the first episode of the new series, "Destination Culture," a multimedia project by Deutsche Welle. 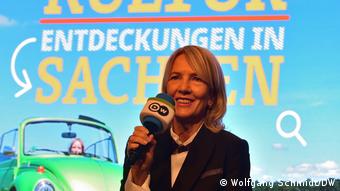 DW's Gerda Meuer at the preview in Radebeul

Cruising Saxony in a VW Beetle

On her journey through Saxony, Hannah Hummel takes plenty of time to share her personal experiences. Muskau Park, for instance, which Hummel heads for in the second episode, was influenced by English landscape gardens, the park's director tells the traveler — here, nature and culture come together to form a total work of art. 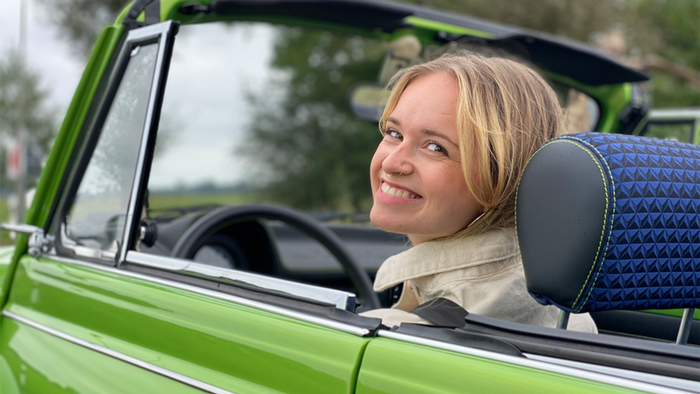 Off and away in a revamped green VW Beetle

The seven-part series, which starts on November 6 on DW Deutsch, DW Deutsch+ and DW English, on YouTube and on dw.com, is very much a grand tour.

From Moritzburg Castle near Dresden and Muskau Park in Bad Muskau, the tour continues to the August Horch Museum in Zwickau, a watch manufacturer in Glashütte and the porcelain museum in Meissen. The Schminke House in Löbau and the cotton spinning mill in Leipzig are also stops on the journey.

The fact that DW is launching its new series in Saxony is no coincidence.

"The state of Saxony is one of the richest and most diverse German cultural landscapes," says DW director Peter Limbourg, adding that "makes it the perfect introduction to the format."

Barbara Klepsch, Saxony's Minister of State for Culture and Tourism, says the series is a perfect introduction to the region's sights. "The 'Destination Culture' series combines the themes of travel and culture. It is a delightful presentation of the many places and sights in our state that are unique and worth seeing, especially from a cultural point of view." DW's multimedia broadcasts, she says, offer opportunities to help "show a worldwide audience Saxony's rich cultural heritage, and recommend them as a travel destination." 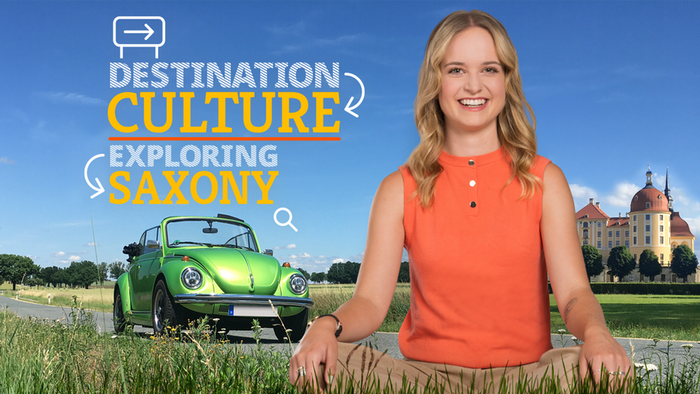 Hannah Hummel is in no hurry on her relaxed round trip. The VW Beetle, which is over 40 years old, was converted to electric. Tradition is combined with modernity, a central theme throughout the series' episodes. Every stop is a cultural highlight, commented on by many protagonists and influencers. The result is a road trip worth seeing, past extraordinary museums, enchanted castles and picturesque landscapes that can only be found in Saxony.

"You can show how tradition and modernity come together," said Deutsche Welle program director Gerda Meuer, adding that is why the state was chosen to kick off the series. "We want to inspire young target groups who are best reached via social media," she said.

"Destination Culture" will be available on the DW Doku Youtube channel. You can find more clips and specials under the hashtags #AusfahrtKultur and #DestinationCulture on DW's social media channels: on Instagram, Facebook, Twitter and TikTok. Filming in other German regions is currently being planned.