Despite stereotypes, Germany highly regarded | Germany | News and in-depth reporting from Berlin and beyond | DW | 23.03.2013

The way Germany is handling the euro crisis and the international financial crisis has changed the country's image abroad. But how the rest of world looks at Germany is still marked by stereotypes - both good and bad. 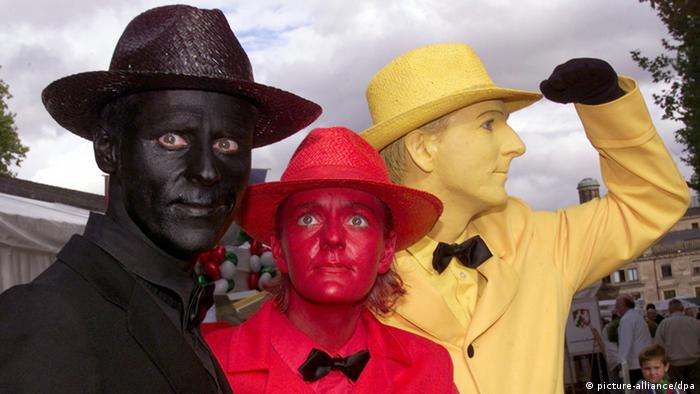 Too dominant, too patronizing, too impatient, a know-it-all attitude, cold and egocentric: these are common characteristics associated with Germans, and not only by the southern European countries like Greece, Italy and Spain. These negative stereotypes are prevalent around the world, even in countries where Germany traditionally enjoys a high reputation.

German foreign correspondents can vouch for these stereotypes; they've compiled their experiences from working in more than 15 countries in a book. Of course, it's not a scientific study - the findings are simply based on the journalists' personal perceptions, meetings and discussion with people around the world.

"People respect us – but they don't love us," says Hanni Hüsch, who has worked as a US correspondent for Germany's public television broadcaster ARD. This observation is confirmed by her colleagues working in other countries. The surprise, though, is that despite the many negative stereotypes there is still is a positive image in the end. The admiration for what's perceived as positive simply outweighs the bad. 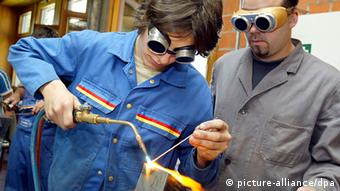 Only half the truth

Among the positive associations with Germans are that they are hardworking, disciplined, very well organized and highly efficient. Even Italians and Greeks, who like to criticize Berlin for its tough stance during the financial crisis, still have a lot of admiration left for Germany.

"The Greeks respect the achievements of the Germans and their ability to weather a crisis like this," explains Greek journalist and DW correspondent Jannis Papadimitriou.

The one big surprise, noted by all the correspondents, was a renewed interest in Germany. For a long time, Germany was seen as a rather colorless actor on the international stage. German diplomats kept a low profile and avoided getting involved in international conflicts.

But since the financial crisis, Berlin has been forced to take clear positions and defend its interests, and therefore has developed a much more distinguished profile. That new profile doesn't seem to intimidate; instead, the correspondents agree that it makes Germany and the Germans more attractive.

Often, Germans have no idea of the admiration they're met with in other parts of the world. And subsequently, people in other countries can be offended if their admiration for Germany is not met with an appropriate response.

"In China, people think of Germany as a great country because of its philosophers, musicians and scientists," says Erning Zhu, who works for DW's Chinese department. "Germans, though, are unfortunately not as interested and in general are not as internationally oriented."

What's also a pity, says Zhu, is that Germans place little value on the traditions that stress helping each other. "Germans are locked far too much in formal regulations, and are rarely capable of solving problems informally, on a personal level."

Brazilians, too, are disappointed. Their country has in recent years gone through an incredibly positive development. But Germany's Chancellor Angela Merkel has only once made it to Brazil. During that same time, she's visited China six times – a discrepancy noticed by Brazilians.

In Turkey, people tend to have a very informed view of Germans and Germany, as many people have relatives who live or have lived there. There are many positive relations and feelings towards ordinary Germans, but the image of German politicians is a lot less positive.

The series of murders of Turkish people by a German neo-Nazi group and the way politicians have handled the cases has added a lot to the disappointment. What's doing even more harm is Berlin's persistent stance against Turkey joining the European Union.

"Much trouble has been caused in this area," says Jürgen Gottschlich, a correspondent in Istanbul. Turkey, then, has become rather indifferent toward Germany and Istanbul is developing itself into a trade hub between Asia and the Arab World. 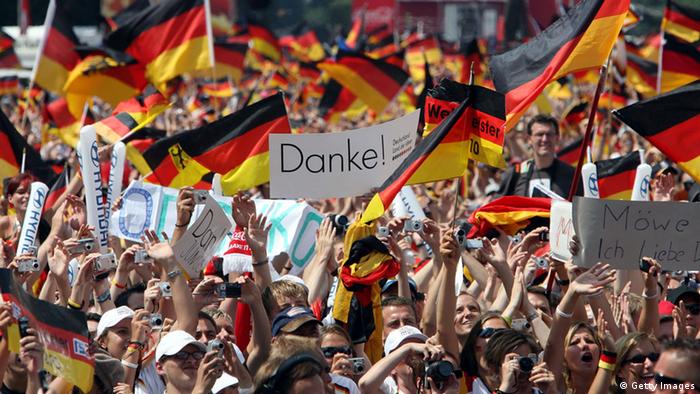 A lack of courage

In Russia, Poland, Israel and the US there are hardly any grudges left over Germany's Nazi past. The matter of fact acceptance of Germany as a stern democracy has been accepted to such an extent that it was actually surprising to the correspondents.

In Israel, many see Germany as a good friend and ally. In Poland, the foreign minister even called upon Berlin to show more courage and political activism – without fears over German dominance. And the US has long expected Germany to become more internationally involved.

And for ordinary citizens of those countries, Germany's Nazi past is hardly relevant today. Since the 2006 World Cup, Brits even like German soccer. Russians are big fans of German medical care, while US citizens share with the Arab World an adoration of German cars, beer and high-quality standards. The times when the classic Bond villain was an evil German are a thing of the past, says Hüsch.

The perception of Germany around the world matters. Germans are enthusiastic tourists, and they want to be liked. German companies have to sell their products on the international market, and a bad image is bad for business.

British policy consultant Simon Anholt realized that fact, and in 2005 he initiated the "Nation Brand Index" which regularly measures the popularity of states by polling 20,000 people in more than 50 countries. Among the main criteria are how attractive the country is to investors.

In the most recent index, Germany is number two, just ahead of the UK. The top of the table is still dominated by the US.

As an economic power, Germany has been very successful for years – but what about the image of its citizens? The correspondents' book is the first attempt in a long time to find some answers to this question.

While the Goethe Institute, which promotes German language and culture around the world, is somewhat in touch what people think about Germany, there's never been a publication on that matter. The German Foreign Ministry has also never published any information on the subject, so this new collection of journalists' impressions from their years abroad some new, key insights into the subject.

US universities are known for their academic excellence, but graduates often lack the practical experience. "Skills Initiative" is a German initiative that is spreading vocational training in the US. (04.02.2013)