Depression and suicide: The dark side of the birth control pill | Science| In-depth reporting on science and technology | DW | 01.02.2019

Depression and suicide: The dark side of the birth control pill

Jasmin spent her teenage years with depression, suicide attempts and therapists — and she was taking birth control pills. Since she stopped taking the pill, she's been doing great. Here she tells her story. 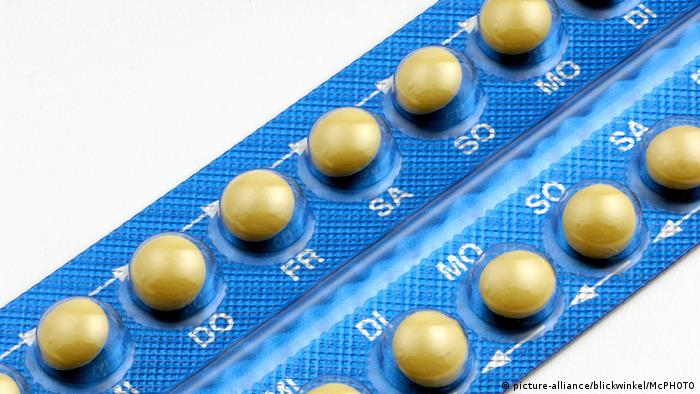 Jasmin is 20 years old and has responded to a Facebook call. I was looking for women who suffer or have suffered from depression and suicidal thoughts, and who associate this psychological suffering with taking the contraceptive pill.

I found what I was looking for in the "Generation Pill"Facebook group. The group has more than 6,000 members. Some of them contacted me and wanted to tell me about the mental lows they have gone through for years, and about the therapies and antidepressants that were supposed to help, but often didn't. Read more: Hormones and depression: Does the pill lead to suicide?

"I was just 11 years old when my period started. I always had severe abdominal pain during my period. When I was 14, my mother took me to the gynaecologist to have the pill prescribed.

I was certainly a little mentally stressed by bullying. After I started taking the pill, however, I became more and more depressed. At the time I didn't blame it on the pill.

But I felt worse from day to day, I had more and more suicidal thoughts and even tried to commit suicide. Finally I ended up in a closed psychiatric ward. The diagnosis: adaptation disorders. I spent three weeks in the clinic, followed by outpatient psychotherapy.

After one-and-a-half years of treatment, my therapist said that there was nothing more she could do for me and that I should be better now. We finished therapy. After that it went well for about half a year.

But in the summer of 2016 it got worse again. I had mood swings all the time. I hurt myself. I had no real sense of self and didn't know what to do with myself. A friend of mine who suffers from borderline herself advised me to get examined.

So I went to a clinic in Cologne for an examination. There it turned out: I had eight out of nine borderline symptoms. But because there was no therapy spot there, I was transferred to Mannheim. At the beginning of 2017, I started my second in-patient therapy there for two weeks.

No pill, no symptoms

But there, the therapist in charge asked me why I was there. She could not detect any symptoms at all. I also noticed that. It was during this time that I first thought that my condition could possibly be related to the pill. I had stopped taking it during the two weeks of in-patient therapy because I didn't want to think about swallowing a pill every day during this time.

I expressed my suspicion to the therapist. She suggested that I should try the pill again at home. If this would make me feel worse again, she said, I should stop taking the pill altogether.

I followed her advice, came home and took the pill again. Not even a week later my mental state went downhill again. The mood swings returned, as did the depression and suicidal thoughts.

My gynaecologist advised me to stop taking the pill and look for an alternative method of contraception. His suggestions were the three-month injection, the hormone stick or the hormone patch.

I thought, however, that if I already have such problems with the pill then all the other hormonal contraceptives would either have the same or even worse effects. That's why I switched to the copper spiral in August of last year. Since I finally stopped taking the pill in February 2018, I've been doing great.

My first cycle after stopping the medication lastet 102 days. During this time I was always a bit afraid that my period might come at some inappropriate moment. I also had quite a lot of hair loss for almost nine months. But I just waited and then all of a sudden it was over again.

I think it's important not to trust doctors blindly. The pill is not the one and only contraceptive. There has to be sufficient information about possible side effects. How often have I heard that the pill has no significant effect on your body? Of course it does! The pill basically paralyses your entire cycle. Meanwhile, I think it's grossly negligent to intervene in the hormone balance in this way."

Do you know the right intimate hygiene practices? Did you know that dads can suffer from postnatal depression too? Or that turmeric can treat glaucoma? DW brings you this week's health news, all in one handy guide! (01.08.2018)

Don't be afraid of the pill

Birth control pills are not causing medical harm in the long run, a new study shows. They can even prevent some forms of cancer in older women, even though short term cancer risks slightly increase. (24.03.2017)