Counterdemonstrations took place in Berlin as neo-Nazis marked the 31st anniversary of the death of Adolf Hitler's former deputy, Rudolf Hess. Thousands of police were deployed to prevent violent clashes. 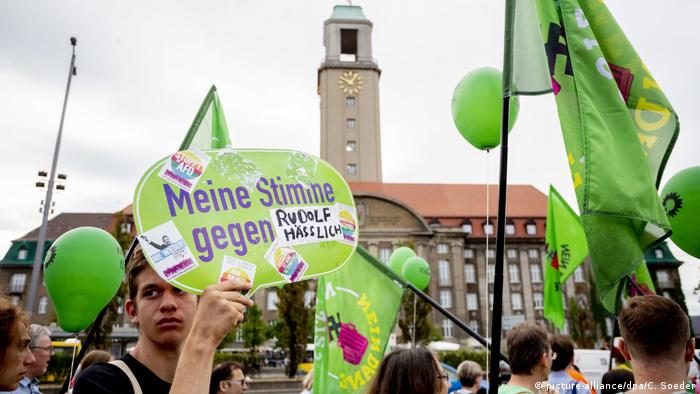 Hundreds of counterdemonstrators gathered in the German capital on Saturday to protest against rallies by neo-Nazis to commemorate the death of a leading Nazi figure, Rudolf Hess.

Several groups had announced their intention to block the neo-Nazis' planned march route, as they had done last year.

The counterprotesters were ultimately successful in thwarting the march, as they managed to drive the neo-Nazi demonstrators out of the main event location in the Spandau district. The neo-Nazis then sought to move to Friedrichshain, at the opposite end of the city, but they also met resistance there and, ultimately, the march was canceled.

The far-right activists hoisted the white and black flag of Hitler's Third Reich and were seen holding a banner that read "I regret nothing: National Socialists Berlin." 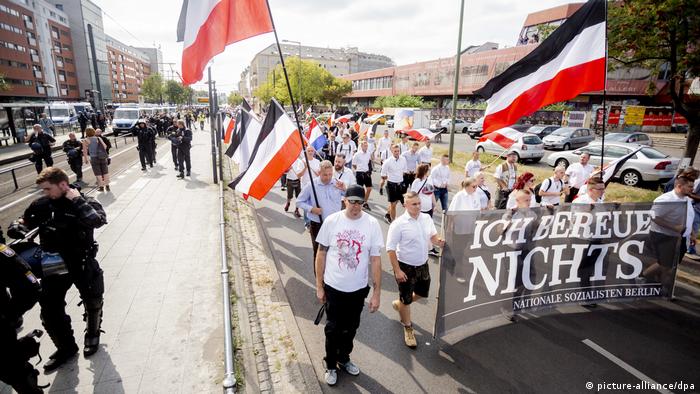 The rallies to honor Rudolf Hess were scheduled to begin around midday local time in Spandau. The demonstration drew some 500 neo-Nazi participants, who were met by more than 1,000 counterdemonstrators. Some 2,300 police officers were deployed to help prevent violent clashes between far-right and far-left protesters. 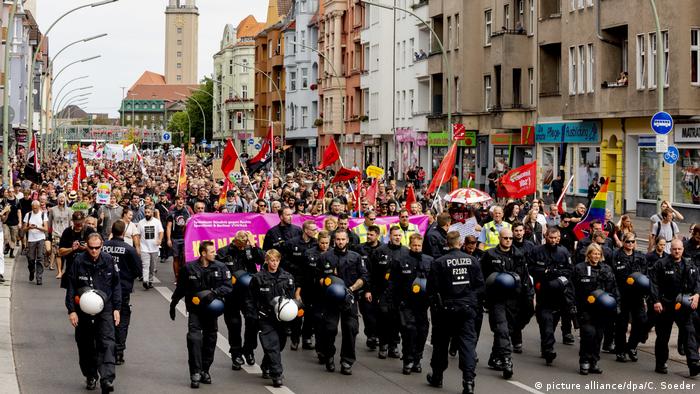 "There were reports of injuries when some stones and bottles were thrown by counterdemonstrators at the far-right demonstrators," Berlin police spokesman Thilo Cablitz told Reuters news agency.

Rudolf Hess, who committed suicide in Spandau Prison on August 17, 1987, was one of Adolf Hitler's deputies. He was, among other things, responsible for signing into law the so-called Nuremberg Laws of 1935, which deprived the Jews of Germany of their rights.

Hess made a dramatic solo flight over the North Sea to Scotland in 1941 with the purported aim of negotiating an end to World War II. He was detained for four years in England, before being sent back to Germany for trial in Nuremberg, where he was found guilty of crimes against peace and conspiracy and sentenced to life in prison. 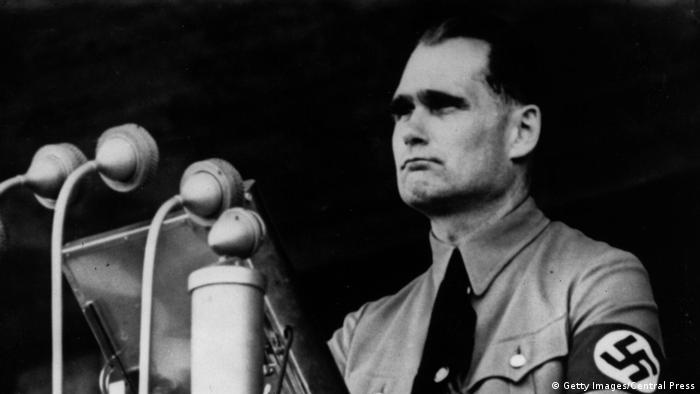 Although numerous appeals for his release were made by his lawyer, his son and even German politician Willy Brandt, Hess remained in prison until he took his own life, aged 93, by hanging himself using the extension cord of a lamp.

The prison was demolished to prevent it becoming a shrine for neo-Nazis, and his grave in the town of Wunsiedel has also been removed for the same reason.

Under the fundamental right to freedom of assembly in Germany, the annual neo-Nazi rallies are usually permitted to go ahead despite many calls for them to be banned.