A translation startup from Germany is surprising many users by how well it translates texts. It is now offering two more languages: Russian and Portuguese. What is it that makes DeepL better than Google Translate? 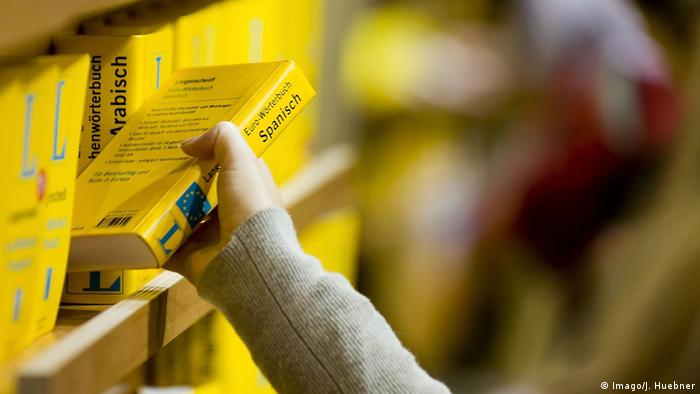 Translation giants like Google and Microsoft are faced with a powerful but small competitor.

The startup from Cologne, DeepL, was founded by a former Google employee. It provides a translation tool that produces more naturally worded text than any of its big competitors.

The service uses so called deep learning technology based on artificial neural networks. But how exactly does it work?

From dictionary to translator

Before the company launched the new translation tool in August 2017 it had been in the "language business" for quite some time. In 2009, they started a a dictionary called Linguee. What was special about it? Apart from various translation options, it offered samples of already translated pieces of text in chosen language pairs.

It gathered these text samples from the Internet using special Internet bots that help web indexing called web crawlers. Many text samples came from the documents of multilateral institutions like the European Union (EU).

A human-trained machine-learning algorithm then computed the structure and meaning of the gathered text and learned how certain ideas are being expressed in another language. Furthermore, the users can leave feedback and rate the translations manually. Over nine years Linguee.com has improved by internalizing an ever growing number of high quality translations. It has thus became the base for a new translation tool.

Deep learning is an aspect of artificial intelligence (AI) that wants to replicate human learning. In the past, programmers used to write individual commands for every task a computer had to do. Now they are constructing an artificial neural network that can be trained by showing the computer existing examples. The more examples the better the computer can learn. Big data further amplified these opportunities for machine learning.

On the technological side, deep learning is an algorithm that uses multiple layers of processing information. "Deep" refers to the number of layers through which the data is transformed. Today, this technology operates self-driving cars, virtual reality headsets and face recognition software. And now it also helps us with translation. 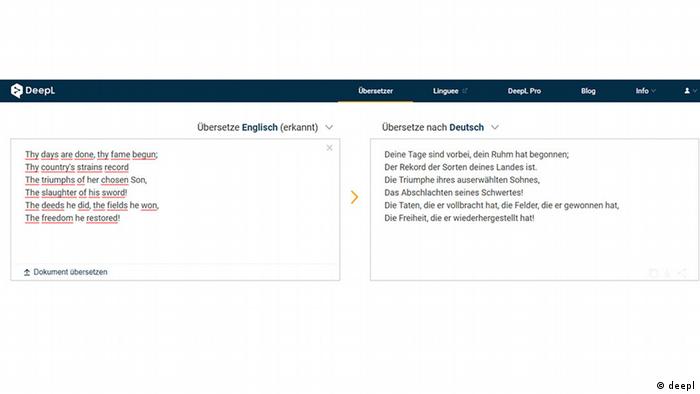 It's more than just deep learning

DeepL isn't the only one to use deep learning technology for the past two years. Internet giants like Google, Microsoft and Yandex are also using it. But what makes DeepL different?

First of all, the performance of the neural network is based on the quality of the input material used for training. And here the "big brother" Linguee comes into play, as it provided billions of high-quality translation samples.

It is not only the quality of the data that made DeepL possible.

"Our researchers are well-versed in the latest developments in the field and have put together a unique neural network architecture," he stresses.

Exactly how the technology is put together remains a secret, however. He does not want to lose his market advantage.

To control the translation quality, DeepL runs regular blind tests to make sure the program keeps its high standards. The company backs its claim of being "the world’s best translation machine" with the results of a August 2017 blind test published on its website. The blind test compared DeepL's results with those of translators by their rivals: Google, Microsoft and Facebook.

The machines were given 100 sentences to translate from English into German, French and Spanish and from these three languages into English. After the experiment, professional translators looked at the produced text and rated the quality of the translation. DeepL was chosen three times more often than Google because its translation sounded more natural.

Read more: Artificial intelligence in medicine: The computer knows what you need

Investment from the Silicon Valley

On December 2, DeepL announced that the Cologne-based startup had won a new investor — the Silicon Valley venture capital firm Benchmark. With a team of 25 employees, DeepL now plans to double its research and development within a year, says Kodak.

"This partnership represents not only money, but connections. We will be able to learn from the business intelligence of the investor and other startups that are further along in the development process," he said.

On December 5, DeepL launched new translation services in Russian and Portuguese. With these two languages, DeepL now offers nine European languages and 72 language combinations in total. Google Translate knows more than 100 languages. But the startup does not want to catch up too soon. Quality is more important than quantity, the founders believe.

"We want to have the best machine translation system available in each language. So rather than bringing out a couple of hundred languages just to have them available, we train our networks to deliver the same high quality that we have become known for," Kodak said.

Read more: Artificial intelligence, or the end of the world as we know it