Dedicated or addicted: German workers are reluctant to go offline | Business| Economy and finance news from a German perspective | DW | 09.08.2010

Dedicated or addicted: German workers are reluctant to go offline

German employees may well be taking their legendary efficiency just a bit too far. New figures reveal two thirds of the workforce respond to business-related correspondence outside official working hours. 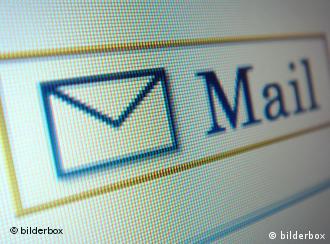 The figures make for unsettling reading; a recent study by communications group Bitkom shows that the majority of workers in Germany regularly check and respond to work e-mails during their free time. Thanks to the upsurge in popularity of mobile internet devices such as the BlackBerry, Germans are even staying in touch while they're on vacation.

Although the problem is widespread and affects employees and freelancers in all work sectors, the media, telecommunications and IT were worst affected.

With more and more Germans allowing work to cut into their leisure time, is the country's workforce heading for a general meltdown? One of the nation's biggest trade unions, Verdi, says it needn't be.

"The most important thing to remember is that no worker in Germany is obliged in any way to check or respond to work-related correspondence in his or her free time," union spokesman Christian Schmitz warned.

"We have very strict laws here governing working hours but they also exist to protect our free time. If an employer requires that an employee be available outside regular working hours, this has to be arranged in advance through the trade union and the employee must be paid for this." 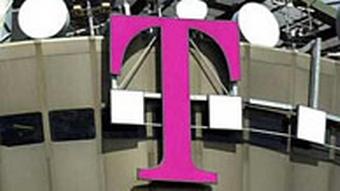 Some forward-thinking companies are making an effort to reinforce their workers' rights to a private life. In a move some observers described amusingly ironic, telecommunications giant Deutsche Telekom recently introduced a policy encouraging staff to switch off their smartphones at the weekend.

"We have to respect the free time of our employees and we have to try to make a better work-life balance," Telekom spokesman Georg von Wagner told Deutsche Welle. "Our employees have a right to their free time and should look forward to coming to work on Mondays."

"We strongly encourage the executive staff to set a good example and not write e-mails on Friday afternoons or on Saturdays because employees would feel forced to answer and this chain reaction would go on and on. We wanted to break that."

The media was identified as one of the hotspots in which workers tended to make themselves available 24/7. Benjamin Ruth, managing director of a Berlin-based cross-media company, says his working day is far from easy.

"I'm in the office on an average day, 10 hours, sometimes 12, sometimes 14. We communicate in multiple ways; obviously e-mail, iChat, Skype for instant messaging, most of us have a BlackBerry and a telephone/fax of course," Ruth explained.

"I respond to my last e-mail around 1 a.m. before I go to bed, then early in the morning before I go to work and then on the weekends as well. It's the nature of the business. It's become very non-linear and in addition to that our business is global which also means we work across multiple time zones." 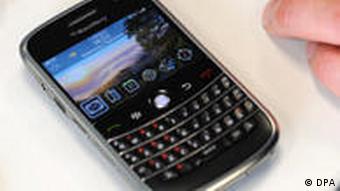 Always online: With devices like the BlackBerry, logging on is always a temptation

However, with such strict rules in place governing workers' rights to free time, could it be that incessant replying to business mails says more about our general addiction to the internet and mobile technology than it does about our dedication to our jobs?

"If you are talking about the BlackBerry crowd, yes they are addicted to it and they admit it and they hate it actually," said Dr. Isabella Heuser, a psychologist at Berlin's Charite Hospital.

"We all depend on e-mailing and on our computers these days, but for some reasons some people are not able to switch the damn computer off and that is what you need to do."

She also warned that addiction to the internet – classified as a non-substance addiction – was as much a health hazard as being hooked on cigarettes or alcohol.

"I do have a couple of patients who have what's called burnout - a euphemism for depression - and I actually prescribe e-mail abstinence," she explained. "It can be a serious thing and I advise them to only check their e-mails twice a day. 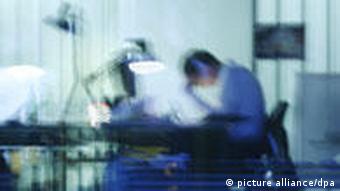 Working around the clock hasn't led to an increase in efficiency

"It's an addiction, differing from nicotine or alcohol of course but obviously inducing similar changes in the brain. We are just at the beginning of understanding a little bit about non-substance addictions."

It seems our constant availability and eagerness to send messages speaks volumes about our general addiction to the net but does little to improve efficiency. Just ask anyone on a large e-mail distribution list how much time they spend sorting through smartphone-generated group messages and deleting irrelevant e-mails - let alone reading and replying to the important ones.

So, this Friday when you sign out of your inbox, stay signed out. After all, you can easily catch up again with all the gossip on Monday morning. It's sure to be waiting for you on your Facebook wall.

Study finds that Germans work more than most Europeans

It's true, Germany really is the land of Teutonic efficiency and the Protestant work ethic. A new study shows that Germans work more than most Europeans. (31.07.2009)

The ethics of success

Business people and church leaders met in Bonn to discuss work ethics in today's achievement-oriented society at a time when increasing numbers of Germans feel like failures or have low esteem because they're unemployed. (30.01.2006)

Children in Germany say life is all work and no play, according to the "Children's Barometer" -- one of the country's most comprehensive studies into childhood. (01.10.2007)

Stress and the human brain

Switch off your smartphone, relax!