At least four people have died in China as Typhoon Mujigae hit the southern coast. More than a dozen people are missing. The main affected areas are the provinces of Hainan, Guangdong and Guangxi. 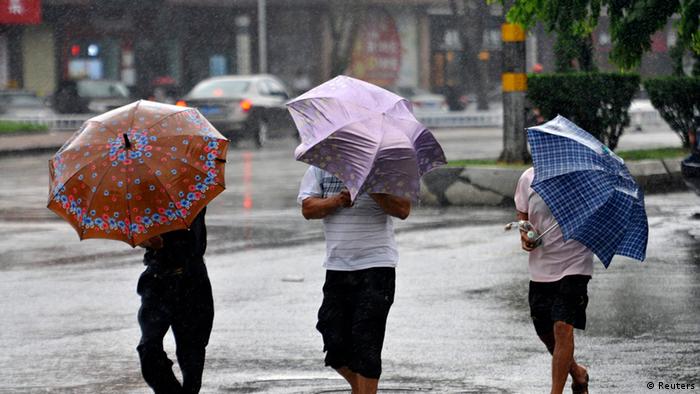 Typhoon Mujigae hit southern China on Sunday afternoon, packing winds of up to 180 kilometers per hour (112 miles per hour) and leaving a trail of destruction across the region.

At least four people have died. One was among a group of fishermen, 16 of which are still missing while more than 100 were rescued.

Three more died when a tornado struck the city of Foshan.

Storms to last until Monday

The main affected areas are the southern island province of Hainan as well as Guangdong and Guangxi provinces. Some 60,000 fishing boats were recalled to port to shelter from the storm in Hainan and Guangdong.

The typhoon will likely disrupt travel plans for millions of Chinese during the current week-long public holiday.

Tens of thousands of workers have been put on standby in Guangdong to deal with any power cuts caused by the typhoon, Xinhua reported.