At least 26 people have been killed in a spate of car bomb attacks in Iraq's capital Baghdad, police sources have said. The bombs reportedly targeted mainly Shiite regions of the city. 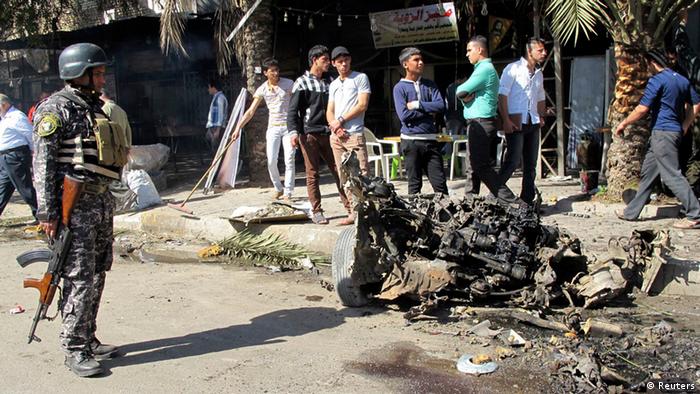 A series of car bombs were detonated in the mainly Shiite districts of Ameen, Sadr City, Habibiya and Qahira on Sunday, police sources said, killing at least 26 people and wounding dozens more.

No group has yet claimed responsibility for the attacks.

The latest violence comes a day after multiple attacks killed five people, including the head of Iraq's intelligence academy. One suicide bomber targeted Brigadier General Awni Ali's residence in the northern city of Tal Afar, detonating his explosives near the intelligence officer's car.

Bombings targeting Iraq's majority Shiite population have increased since the start of the year as al Qaeda-linked Sunni militants step up their campaign to revive widespread sectarian violence, which was at its height between 2006 and 2007.

Militants are also seeking to erode confidence in the government of Shiite Prime Minister Nuri al-Maliki amid ongoing anti-government demonstrations.

Many in Iraq's Sunni community have been staging weekly demonstrations against al-Maliki's government since March last year. But protesters have rejected calls for violence, distancing themselves from extremist Islamist groups.