Criticism of Iraqi Prime Minister Nouri al-Maliki is growing louder. Thousands of demonstrators have been calling for political and economic reforms - and Maliki's resignation. 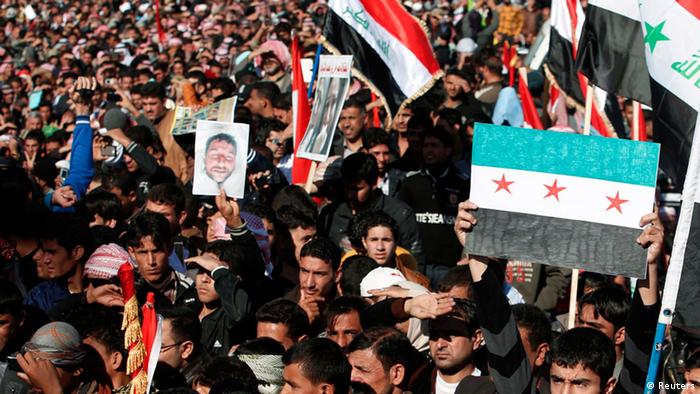 He's one of the most powerful men in Iraq - and one of the least popular. Nouri al-Maliki has, for many Iraqis, forfeited his credibility as prime minister. His allegedly authoritarian and inefficient leadership style has even been criticized by members of the parties that make up the government coalition. 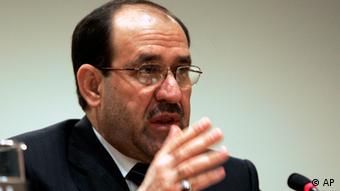 No wonder - a year after the withdrawal of the US army, he can barely point to a single success. Unemployment is high, terrorists have infiltrated security forces and corruption is widespread. Some of his coalition partners are even accusing Maliki of behaving like Iraq's former dictator Saddam Hussein.

"Maliki depends on a small, internal circle of his Shiite party and is heading more and more towards an autocratic regime," said Udo Steinbach, expert in Islamic studies and former director of the German Orient Institute. "He is alienating a section of the Shiite majority in the country, but mainly the Sunni-Arab minority."

Sunni Iraqis, in particular, have been protesting against the prime minister since Christmas. Thousands of demonstrators took to the streets again on Friday (04.01.2013) to demand reforms and the release of prisoners. There were large rallies in the cities of Ramadi, Tikrit, Samarra, Mossul and Kirkuk.

"The demonstrators want a functioning infrastructure and real democracy, in the sense of more participation," said Steinbach. "That is exactly what Maliki's Iraq is lacking." Instead, Steinbach argues that the prime minister is driving a sectarian domestic policy that is stoking tensions between different sections of the population. 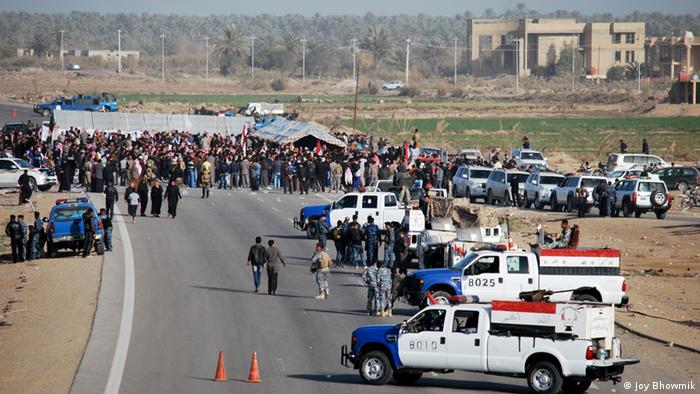 The protests have been dominated by Sunni Arabs

There have been ethnic and sectarian conflicts in Iraq for decades. Saddam Hussein, a Sunni, oppressed Shiites and Kurds during his reign, and frequently used violence to put down demonstrations. After the invasion of US troops and their allies in the spring of 2003, Saddam's supporters lost power and influence - and the Sunni tribes. Now the government is dominated by religious Shiite parties.

"The Shiites have become more confident since the fall of Saddam," said Steinbach. "After all, they came to power through elections. But what they haven't learned is that a minority should also be allowed to participate in a democratic system." 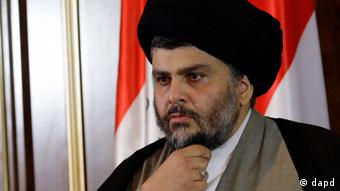 Shiite cleric Muqtada al-Sadr has also spoken out against Maliki

Günter Meyer, professor for economic geography and director of the Center for Research into the Arab World at the University of Mainz, is also convinced that Maliki is doing everything he can to neutralize his rivals. "Maliki is trying to concentrate all power in himself," he said. "And tensions are rising drastically both among the Kurds and the Sunnis."

But a number of Shiites are also criticizing the prime minister. Ayad Allawi, chairman of the Al-Iraqiya List, called on Maliki to resign in a recent TV address, and influential Shiite cleric Muqtada al-Sadr has also come out in opposition to the prime minister. He supports the demonstrations, though according to Meyer he has his own motives too. "Muqtada al-Sadr has a large base of supporters and is trying to strengthen his own position," he said.

But Maliki is secure for the moment, argued Steinbach, because he enjoys support from Shiite-dominated neighbor Iran. The demonstrators, meanwhile, wield very little influence. "I don't think these demonstrations - even if a section of the Shiite population supports them - can really force a change of government," he said, "nor even a change of heart in Maliki."