More than 3,000 people have died trying to cross the Mediterranean this year, according to the International Organization for Migration. A report has been released showing more than 40,000 migrant deaths since 2000. 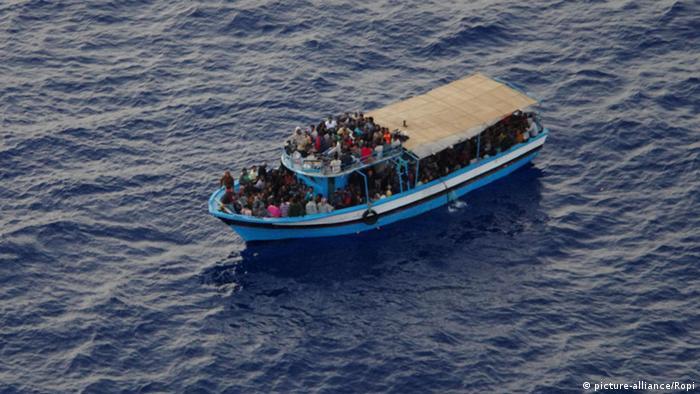 Europe is the most dangerous destination for migrants trying to enter illegally, the International Organization for Migration (IOM) reported on Monday, upon releasing what it called the world's most comprehensive tally to date of migrant fatalities.

"Migrants are dying when they need not," the IOM's director general William Lacy Swing said in a statement accompanying the report's release, adding "It is time to do more than count the number of victims. It is time to engage the world to stop this violence against desperate migrants."

The 216-page report entitled "Fatal Journeys: migrant fatalities across land and sea" documented that more than 40,000 people had died or were missing feared dead while migrating since the year 2000, with more than half of those trying to reach Europe.

So far this year, 3,072 people had perished while trying to cross the Mediterranean, the IOM said, adding that it was more than double the previous peak in 2011 during the Arab Spring uprisings, when about 1,500 people lost their lives.

The report by the Geneva-based organization was initiated following the tragic deaths of hundreds of migrants off the Mediterranean island of Lampedusa in October 2013.

Since then, more than 100,000 so-called "irregular migrants" have landed on the Italian coast this year alone, many of them seeking to escape war, poverty and instability in their homelands. A large portion of them came from war-ravaged Syria or from Eritrea.

The worsening security situation in Libya is also seen as a factor in the increasing number of migrants, with people-smuggling organizations able to take advantage of the instability to launch often unseaworthy boats filled with migrants into the Mediterranean.

The report's authors pointed out that the numbers given were only the deaths which had been registered and it was feared the real toll was much higher.

The global report also documents almost 6,000 migrant deaths along the United States-Mexico border since the year 2000.

"Limited opportunities for safe and regular migration drive would-be migrants into the hands of smugglers… Undocumented migrants are not criminals. They are human beings in need of protection and assistance and deserving respect."

Hundreds of refugees have died trying to reach the Italian coast in the past few months alone. This situation must be stopped, says Green Party EU parliamentarian Franziska Keller. (26.07.2014)

Police in Cyprus have cleared a cruise ship of nearly 300 rescued migrants who had refused to disembark in the Cypriot port of Limassol. The group of people said to be from Syria demanded to be taken to Italy. (26.09.2014)