The Berlin bomb suspect Jaber Albakr who committed suicide this week had showed earlier signs of radicalization. He posted jihadi videos online before travelling to the Syrian city of Idlib, his brother says. 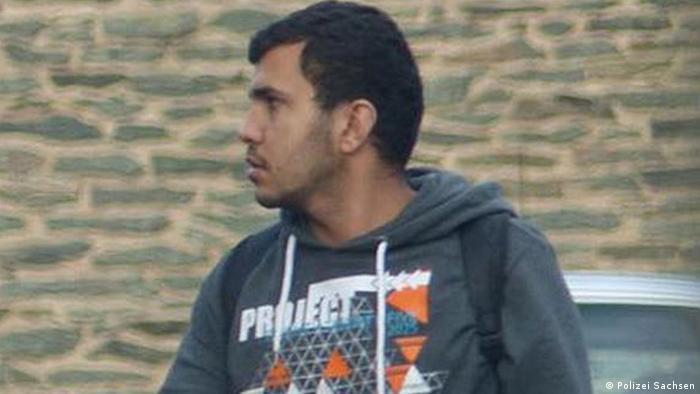 Alaa said Jaber - who had refugee status in Germany - committed suicide after being arrested on suspicion of planning a bomb attack at a Berlin airport.

His brother Alaa Albakr told the news agency Reuters that his brother had gone to Syria to volunteer with emergency rescue workers, but was probably radicalized by imams in Berlin who "brainwashed him" into returning to his country for jihad.

"This is why we believe he returned to Syria," Alaa said. "He went to Turkey seven months ago and spent two months in Syria. He called us and told us 'I'm volunteering with the White Helmets (emergency teams) in Idlib'." "Last year he started posting jihadi videos and songs," he said.

Idlib, a city near the border with Turkey, and the province by the same name, is a stronghold of rebel groups including Jabhat Fateh al-Sham, formerly the al Qaeda-linked Nusra Front.

Jaber, 22, evaded a police raid at his apartment in Chemnitz where explosives were found, but was handed over to police by fellow Syrian refugees who tied him up in their flat in Leipzig where they had sheltered him after he asked for help.

The weekly "Welt am Sonntag" reported that US intelligence service officials had told their German counterparts they had intercepted several phone calls between the 22-year-old Syrian refugee and a contact person in the Islamic State group in Syria.

At the same time, the news magazine "Spiegel" quoted Alaa al-Bakr as saying his brother was radicalized in Germany, where he arrived in February last year before obtaining temporary asylum.

German Chancellor Angela Merkel called for an inquiry into Albakr's suicide following a political scandal unleashed by his death. When a suicide occurs in a jail "then something has gone wrong and early warning signs have not been recognized resulting in misjudgments being made," said Merkel's spokesman Steffen Seibert.

An autopsy confirmed that al-Bakr hanged himself from the bars of his prison cell using his T-Shirt. Tillich admitted on Friday that mistakes had been made.

The Federal Prosecutor's Office said on Friday that Albakr had refused to make any further statements after his first police interrogation and after being questioned by a judge in Dresden, the capital of Saxony.

Interior Minister Thomas de Maiziere stressed Friday that "those responsible know there is still a lot of work ahead of them" to uncover more information about the suspected bomb plot.

Opinion: Albakr and his scandal-ridden death

Despite close monitoring, the terror suspect Jaber Albakr was able to kill himself in prison. His suicide has dealt a blow to the anti-terror fight, writes DW's Marcel Fürstenau. (13.10.2016)