Davos, we have a gender problem

Around 18 percent of the participants in this year's World Economic Forum are women. Many in Davos feel that’s not enough. There are numerous events about the "gender gap," DW's Manuela Kasper-Claridge attended one. 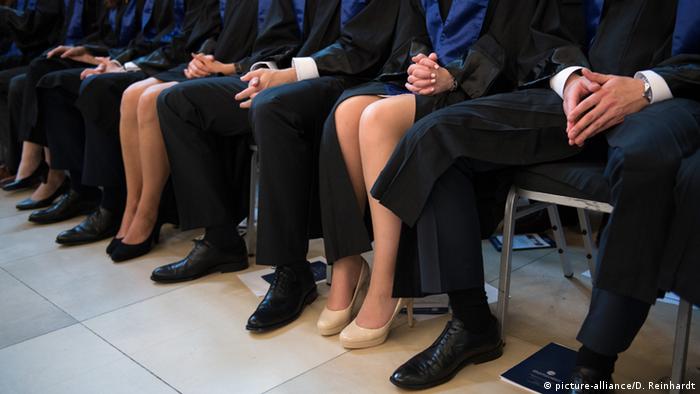 It is one of these snowy winter mornings in Davos. Shortly after 6 a.m. rows of black limousines are already lining the promenade. Wrapped in warm coats, the participants make their way to their first appointments. Here, they are called "business breakfasts" and take place prior to the official events of the World Economic Forum.

They are always star-studded. On Thursday for example, I'll be having breakfast with the Pakistani prime minister. But today is about women. In its Global Gender Report 2015 about the equal treatment of the sexes, the World Economic Forum concluded that it will take another 118 years until the discrimination against women will be overcome.

On this early morning, the question up for discussion is "when women thrive in business." Numerous company bosses are supposed to speak. The first surprise: the large room is completely jampacked. Despite the early hour, 450 people have registered to attend. 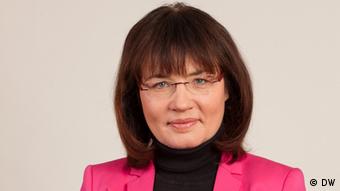 The second surprise: the panel consists exclusively of men. Clearly, the organizers were unable to get a woman holding a top position to participate in this discussion. In the audience: 60 percent women, 40 percent men. Next to me sits a female top manager from the electronics giant Philips, in front a female top lawyer from the United States.

First impression: Women in top positions are clearly here in Davos. But then come the sobering figures, presented by the human resources consulting firm Mercer, which organized the event and recently conducted a new study. They surveyed 583 companies in 42 countries in what Mercer calls the most comprehensive report on the topic. After all: they recorded information about 3.2 million employees.

Women are a success factor

"The gender issue is not a women's issue. It is an issue for women and men alike and it is a business issue," Julio Portalatin, head of Mercer emphasizes right at the start.

The higher the position, the lower the percentage of women, according to the study. 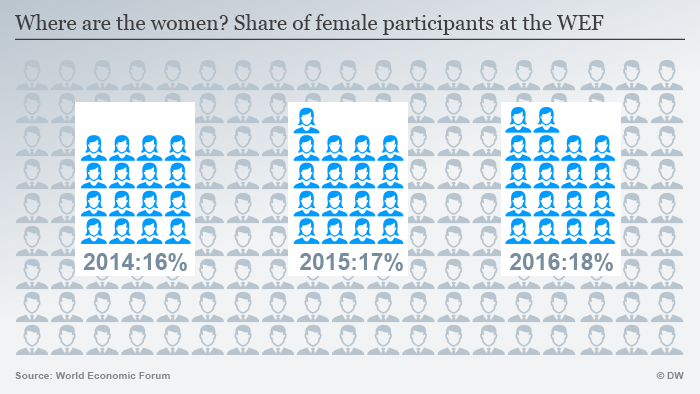 In middle management, women make up 33 percent on average, in senior management, at the level of the department heads, only 26 percent. Only 20 percent of executives are women. These figures are not surprising. What is, however, is that little has changed during the past few years, despite countless equal opportunity programs in many companies.

Jürgen Zeltner, president of UBS Wealth Management, self-critically calls it "permafrost that women cannot penetrate" and then he becomes emotional.

"I could write a book about the excuses that have been made in the boardrooms about why women are not better represented," he says.

He omits the fact that he participates in these meetings and decisions himself.

Head of Ebay is relentless

David Wenig, head of Internet auction house Ebay is much more self-critical. "We have 127 million active female customers, inclusion within the management is important for our success."

Wenig has introduced drastic measures to achieve this. The performance of his managers is also judged by the extent to which they are able to recruit women for positions. That, in turn, has an impact on compensation.

"There is a war for talent out there. Every day we fight for the best and brightest. That means we need many more women," he says.

But the results of the Mercer study tell a different story. "Women in 2016. Thriving or not?" the study asks. The preliminary result is: no. According to the study, organizations are failing to build future female talent pipelines. The current female hiring, promotion and retention are insufficient to create gender equality over the next decade. Little consideration is given to the particular needs of women, starting with reconciling family and career, all the way to health issues.

The possible solutions presented next seem hopeless. "Every organization and every company should put equal opportunity for men and women at the top of its agenda and implement it aggressively," is one of the suggestions. With that meager insight, we head back out into the wintery streets of Davos, off to discuss yet another "key issue."

The gap between men and women in health, education, economic opportunity and political empowerment has narrowed in the past 10 years. But the pace of improvements is slow, the latest Gender Gap Report points out. (19.11.2015)