Davos: The crisis of the middle class | Business| Economy and finance news from a German perspective | DW | 19.01.2017

Davos: The crisis of the middle class

After populist politicians have been gaining ground throughout the industrialized world, the message has also arrived in Davos: There has to be a change in globalization. But what? 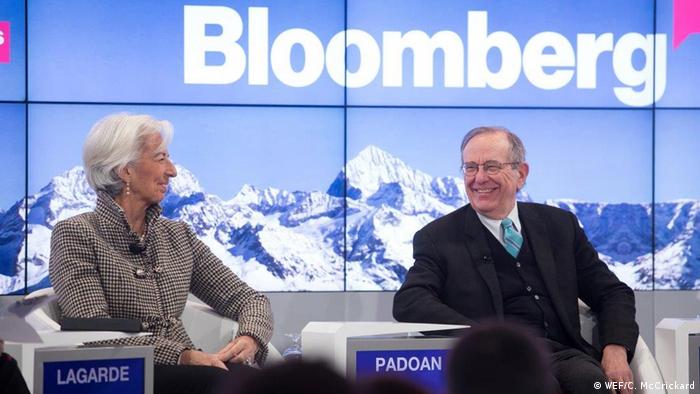 Globally, the share of people who belong to the middle class economically has grown strongly in the past 40 years. This is largely due to the economic growth of large emerging markets such as China, India and Brazil.

But looking at the industrialized countries, there is a reverse trend. "In the US, the middle class has been shrinking from around 60 percent to around 50 percent," Christine Lagarde, head of the International Monetary Fund (IMF), said in Davos.

"That is a result of more wealth accumulating at the top and people moving down," Lagarde said. "With lower growth, more inequality, and much more transparency, I think you have good ingredients for what is now identified as a crisis of the middle class in the advanced economies."

The middle class has also come under pressure in Europe - and for more reasons than just income distribution.

And so many people reacted by sending a clear "no" to established parties and their solutions. "The fact is that no's are now dominating the political landscape," Padoan said.

"And this is a sign of a crisis. It calls for a rethinking of what leadership means, and what it means to have a credible long-term project that can bring back the middle class - and not only the middle class - back into achieving consensus and supporting reforms, which are badly needed."

No vision in Europe

But Europe lacks even a vision of what a solution could look like - unlike Brexit advocates or US President-elect Donald Trump.

"You may agree or disagree with that vision," he said. "But we don't have a vision in Europe. Not a vision which is comparable in terms of a powerful message."

"There are things that can be done: fiscal and structural reforms, monetary policies," Lagarde said. "But it needs to be granular, it needs to be regional, it needs to be focused on what people will get out of it. And it probably means more redistribution than we have in place at the moment. "

Lagarde said it was unclear how Trump plans to make America great again, as he had promised in his campaign. "We don't really know what [Trump's] policies are going to be. And we have very little detailed information about what the plan will be - if there is such a thing as a plan."

Harvard economist Larry Summers also says he is sure that the middle class will not be the beneficiaries of Trump's policies. "The lesson of history is overwhelming," he said. "Classic populism is invariably counterproductive for those in whose name it is offered as a policy regime." 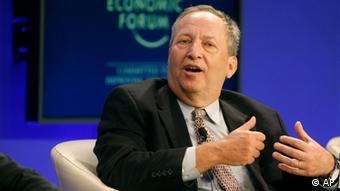 Trump had pushed a few US companies not to relocate production sites to Mexico and thus keep a few hundred jobs in the country.

"At the same time, the consequence of [Trump's] rhetoric and announced policies has been a 15 percent decline in the value of the Mexican peso relative to the dollar," said Summers, who was formerly World Bank Chief Economist and economic adviser to US President Barack Obama.

That is a major change in the relative attractiveness of locating production activity in Mexico," Summers said. "The consequence of that is measured is not in the dozens or hundreds, but in the thousands, ten thousands or even hundreds of thousands of jobs."

The political class has failed

The main reason for the problems of the middle class and working class are not globalization, not digitalization, but a decades-long political failure, Summers said.

He said the international political community had expended a lot of energy to protect patents and copyrights of multinational corporations, while ignoring day-to-day concerns. "I would like to live in a world where the global policy community had devoted 10 percent as much energy to preventing tax arbitrage."

In a world like that, Summers added, the middle class would also be more easily convinced of the advantages of globalization.