A Thai court has recently backed protests by a local community, ordering the closure of a coal company. However, victory was bitter-sweet, with one campaigner the latest fatality of an apparent culture of intimidation. 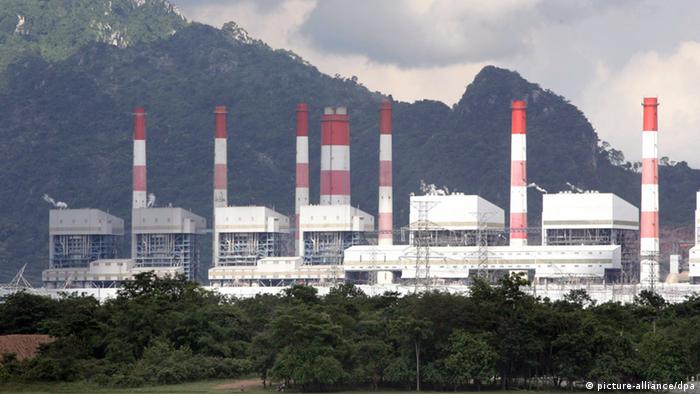 There was delight this month for community members from Samut Sakhon province, after the Thai Central Administrative Court backed their protests against the coal company's operations and ordered activities to be shut down.

The battle was about local authorities allowing a coal company to handle, transport and store coal and the construction of a port without authorization. Protesters claimed the operations were damaging the environment. Samut Sakhon lies at the mouth of the Tha Chin Klong River, a tributary of the Chao Phraya River, which runs onto the Gulf of Thailand.

Though welcome, the court victory was tinged with sadness, having come at a high price.

In July 2011, community protest leader Thongnut Sawekchinda was shot and killed near his home by gunmen on a motorcycle. Arrests followed, including the suspected gunmen and a coal transport operator, accused of masterminding the murder. One of the conspirators was himself killed in May 2012 as he prepared to testify before a local court. 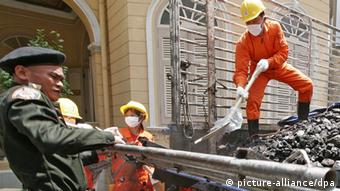 After the court decision, Thongnut's widow, Jomkhwan Sawekchinda, said she was satisfied her late husband had played a part in improving the lives of the local community.

Thongnut is one of more than 20 activists who have paid with their lives after leading campaigns over the environment and land rights in the past decade.

In the early morning of November 19, 2012, in the southern Surat Thani province, Montha Chukaew and Pranee Boonrat were killed by unidentified assailants as the women made their way to a local market.

Thai investigators discovered ten bullet cases from assault rifles near the bodies. The women were members of the Southern Peasants Federation (SPFT), set up in 2008, to fight for land rights access against a palm oil company at the village of Khlong Sai Pattana.

Somchai Homlaor, a human rights lawyer, says the killers remain at large. "No one was arrested because the many of the police in Thailand are under the influence of powerful people - business tycoons, big people," Somchai said. "So the rule of law is not so effective because the police do not comply with the principle of the rule of law."

Whereas in the past, murders and disappearances in Thailand were often linked to politics, Pasuk Pongpaichit, a Chulalongkorn University political economist, says activists deaths these days are more often tied to conflicts over development projects.

"You see this kind of conflict of interests which involve large sums of money, with a large amount of profits to be made," Pasuk said. "You see this a lot - people, interested parties, get very selfish and resort to killing," she said. 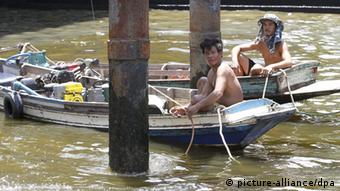 Protesters wanted to protect the Chao Phraya River, upon which many depend for their livelihood

Shalmali Guttal, a researcher with the non-government organization, Focus on Global South, says the pursuit of rapid growth - including in Thailand - has led to conflicts leading to human rights violations, environmental destruction and rising inequality. Asia may be the engine for growth, "but this comes at a huge cost for local communities, the environment and human rights in Asia," Guttal told DW.

"The government pays less attention to the protection of the human rights defenders in Thailand because (they are) activists, they are environmentalists and they are seen as trouble makers - the ones who protest the development," rights lawyer Somchai told DW.

Activists point to the need for reform to ensure progress in investigations of murders and disappearances. They say Thailand's National Human Rights Commission has failed to protect campaigners.

"Really, at the end of the day, the elite groups and the corrupt abusive government people behind them know who the activists are and they assess the situation," said Robertson. "If they feel they can go after them they will and sometimes it starts with intimidation and sometimes it ends with murder."

Thailand is struggling to legalize hundreds of thousands of migrant workers. Unregulated brokers are taking advantage of the situation and overcharging by as much as 700 percent to help register them. (30.05.2013)

Srekor village has stood on the banks of the Se San River in northeastern Cambodia for generations. In a few years it will be gone, submerged along with more than 300 square kilometers of farmland and forest. (10.05.2013)