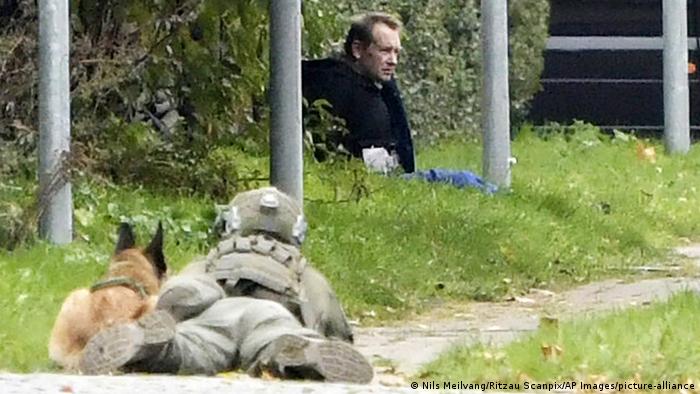 The Danish man who killed Swedish journalist Kim Wall managed to break out of prison on Tuesday, but was quickly apprehended by the police, authorities said.

The convict, Peter Madsen, wielded an object that "looked like a pistol" and an apparently fake bomb belt, prompting a standoff some 500 meters (550 yards) from the prison located in the Copenhagen outskirts.

He was hauled away after over two hours, according to the officials.

Danish media said bomb disposal experts had been deployed to the scene.

No details on prison break

Prison officials did not provide details on how Madsen, who is a professional inventor, managed to leave their facility.

"This is a closed prison. We are examining our security procedures to see if they have been respected and if they need to be reinforced," said Hanne Hoegh Rasmussen.

She emphasized that no one had been injured "physically" and that prison staff were getting the required psychological support.

Judges jailed Madsen for life for Wall's murder in 2018. She had boarded his submarine in 2017 to interview for a story she was working on.

A passer-by found her headless torso on a beach 11 days later. Divers found other body parts nearby.

Madsen initially said Wall's death was an accident. The court, however, rejected those claims and handed him a life sentence for her murder.

Madsen eventually admitted to a journalist that he had killed the highly rated reporter, whose work had been published in The New York Times and The Guardian.

An autopsy report at his trial said Wall probably died from suffocation or having her throat slit.

Psychiatric experts who evaluated Madsen for the court found him to be "a pathological liar" who poses "a danger to others" and was likely to be a repeat offender.