Daniel Theis of the NBA′s Boston Celtics: ′You long for the usual atmosphere at the Garden′ | Sports | German football and major international sports news | DW | 23.12.2020

Daniel Theis of the NBA's Boston Celtics: 'You long for the usual atmosphere at the Garden'

The Boston Celtics are set to tip off their season weeks later than normal due to COVID-19. Germany's Daniel Theis told DW he felt safe when the NBA completed last season in a bubble — but this season is different. 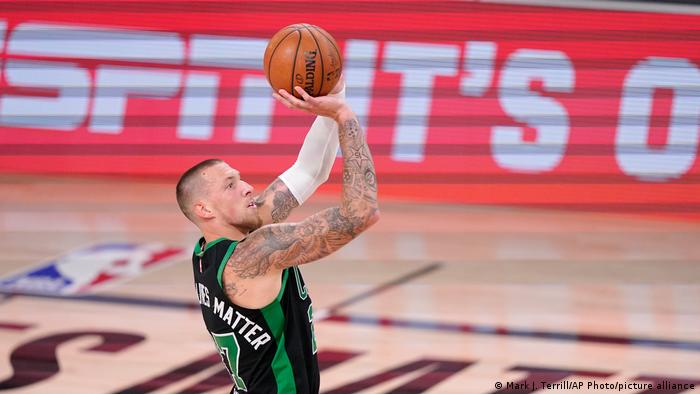 Daniel Theis is keen to get fans back in NBA arenas

DW: Daniel Theis, you're coming off the best season of your career. You were a starter at center and had your best season in terms of points, rebounds, assists, steals, blocks, shooting percentage and average minutes per game. Now, as the new season starts, it looks like you'll be starting on the bench. Is there no justice in the NBA?

Daniel Theis: I'm not worried about that right now. I can only do what I did last season, which was to go out and try to help the team win. We had a good season as a team, and I played well individually. And if I get the minutes I did last season, you could almost say it doesn't matter much whether I'm a starter or not. But of course, after starting all last year, my goal is to be a starter again.

Is the Celtics' signing of free agent center Tristan Thompson a source of extra motivation or a sign that the club wasn't entirely happy with you?

It's definitely a motivator. He won the championship with Cleveland in 2016 and is one of the best rebounders in the NBA. For me, his signing means I that I can't rely on the fact that I was a starter last season. But a year ago, people also said that center was a weak point on our team and newly-signed Enes Kanter would start, but I eventually earned the role. But overall, Tristan Thompson will be a great addition to our team. He's a very physical player, very athletic, who will help in rebounding and on defense. 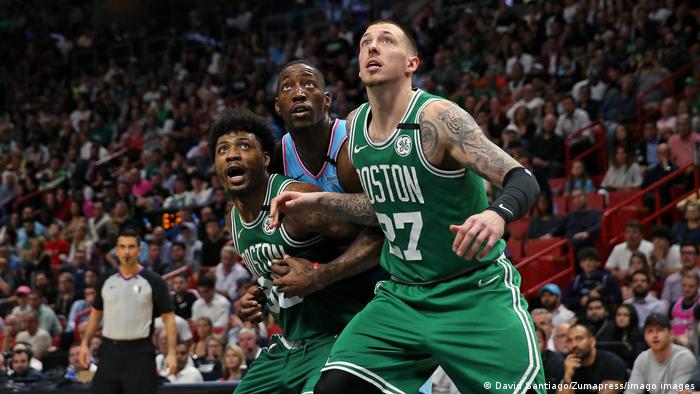 The NBA finished last season under strict hygiene rules in a bubble in Orlando, and it worked, there wasn't a single positive COVID-19 test. This season, there is no bubble; the 30 teams be flying all over the United States, which is one of the world's coronavirus hotspots. How do you feel about this?

It's definitely going to be different. In the bubble, you knew you were safe. Now the risk is greater, due to the fact that everyone goes back home after practice and after games, and no one knows what people will be up to. But overall, the rules we have to follow at the training facility, at games or on away trips are already quite strict. On the plane, we have to wear masks all the time, just like the flight attendants. Everybody who flies will have been tested beforehand. When we were in Philadelphia for a preseason game, we had to take the freight elevator in the hotel so that we wouldn't come into contact with other guests.

Has the league or the team provided you with any extra guidance as to what to do in order to protect yourself from COVID-19?

We had mandatory meetings with NBA officials and our team doctors where they gave us a condensed version of the 134-page safety protocol. The main point was that we should only leave our house when it is necessary - like taking the kids to school, going to the doctor's office or to the gym. Public places like restaurants or shopping malls are to be avoided. Fortunately, these days, everything can be ordered online. 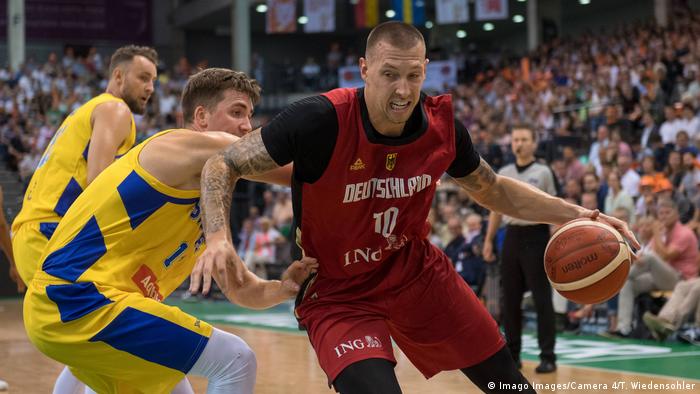 Daniel Theis has made 41 appearances for Germany

The number of coronavirus infections is extremely high in the United States. Does it even make sense to start a new NBA season?

Maybe having NBA games on TV every day will make it easier for people who have to stay at home a lot more than usual. And maybe it will be good for people to learn about the measures we are having to take, especially for those who think that we can do whatever we want because we are tested every day. In fact, we must abide by even stricter rules. In the gym, we are only allowed to take off our masks on the court. We wear masks while doing weight training. We wear masks when getting treatment from the medical staff, and at meetings too. Maybe seeing this will get some people in the United States to take this more seriously. The numbers keep going up because some people are reckless, thinking that it won't happen to them.

In the Orlando bubble, there were no spectators in the stands, but this was in small facilities. Now you are going back into NBA arenas. How did it feel in the exhibition games in Philadelpha and Brooklyn?

Definitely strange. The facilities in Orlando were small and built in such a way that you didn't really notice it. But our TD Garden, like all the other NBA arenas, is just huge. If you've ever seen a game in our arena, you know what the atmosphere is like when it is full of fans. Now you go in there and there's nobody. They play sound effects over the speakers but as a player you just think to yourself, "yeah, that's all well and good." But you just long for the usual atmosphere in the Garden.

It's almost as if every arena has become a neutral venue, so there is less of a home-court advantage. If and how many fans will be let in varies from state to state but home-court advantage won't truly exist until they can fill the stands again and I'm not so sure that's going to happen this season. Maybe in the playoffs. 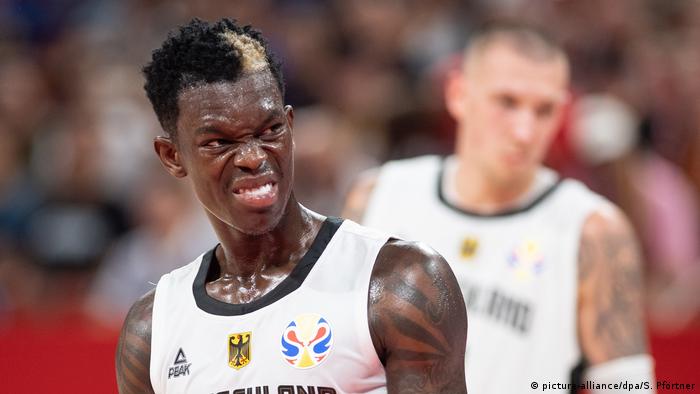 What goal have the Celtics set for themselves this season?

When you play for the Celtics, there is always only one goal: the championship.

Your friend and fellow German, Dennis Schröder, was traded to the Celtics' archrivals, the LA Lakers last month...

I'm happy for Dennis. I think they really wanted him and he'll fit in well – especially with Anthony Davis in the pick and roll [an attacking move in basketball]. It will be very, very difficult to defend that. I'm keeping my fingers crossed that Dennis will get a lot of time on the court. But I'm not rooting for him to win the title – just to get to the finals – where he can lose to us.

Two kids who grow up in the same part of Germany: They meet in Braunschweig's youth basketball program before turning pro at the club – and go on to play for the two teams that have won more NBA titles than any other. Kind of sounds like something from Hollywood script – or would that be too corny?

Maybe not Hollywood, but it's certainly a good story. We do come from the same area, started out small and are now out to compete for the title with the two biggest clubs. This would be a dream for any basketball player.

The interview was conducted by Heiko Oldörp

Daniel Theis is an undrafted center/power forward going into his fourth season with the NBA's Boston Celtics. The 28-year-old is coming off his best NBA campaign, with career highs in points per game (9.2), rebounds (6.6), assists (1.7), steals (0.6), blocks (1.3), field-goal percentage (5.66) and minutes per game (24.1). He started out in the youth program at Braunschweig, the same club with which he turned professional in 2010. Theis, who signed his first NBA contract with the Celtics in 2017, has made 41 appearances for the German national team.

At least they ended their World Cup on a positive note by beating Canada. However, this did little to dispel the doubts about Henrik Rödl and his team after they crashed out in just two games.