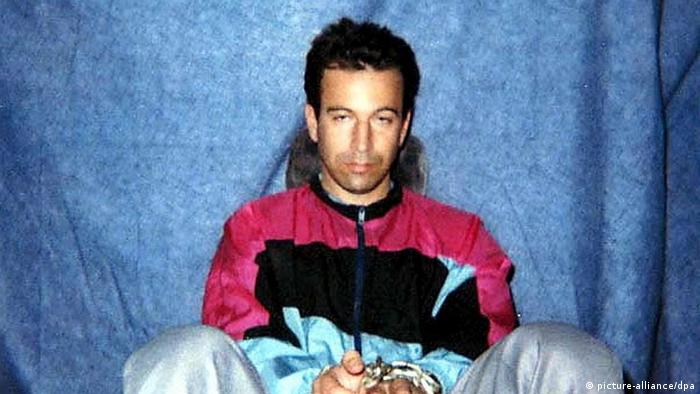 A Pakistani court on Thursday overturned the death sentence for British-born militant Ahmed Omar Saeed Sheikh, who had been convicted over the 2002 killing of American journalist Daniel Pearl.

Pearl was the South Asia bureau chief for The Wall Street Journal when he was abducted and beheaded in Karachi in 2002, while researching a story about Islamist militants.

At least four people were convicted in connection with Pearl's murder, including Sheikh, who was sentenced to death in 2002 for masterminding the killing. Three of the other co-accused had received life sentences.

On Thursday, Sheikh's death sentence was reduced to a 7-year jail sentence, his defense lawyer Khawja Naveed told AFP. The three others were acquitted.

"The murder charges were not proven, so he has been given seven years for the kidnapping," Naveed, told Reuters by telephone.

A two-member bench of the High Court of Sindh province issued the order in the city of Karachi on Thursday, Naveed added.

Sheikh is expected to be released shortly, as he has been in jail for 18 years.

Pearl traveled to Pakistan after the September 11, 2001, attacks on the United States and was kidnapped in January 2002.

A graphic video showing Pearl's decapitation was later delivered to the US consulate in Karachi.

The report claimed the reporter was murdered by Khalid Sheikh Mohammad, the alleged mastermind of the September 11, 2001, attacks, not Ahmed Omar Saeed Sheikh.

Mohammed — better known as KSM — was arrested in Pakistan in 2003 and is being held in Guantanamo Bay.

A US psychologist who interviewed KSM said the prisoner had told him that he had beheaded Pearl.